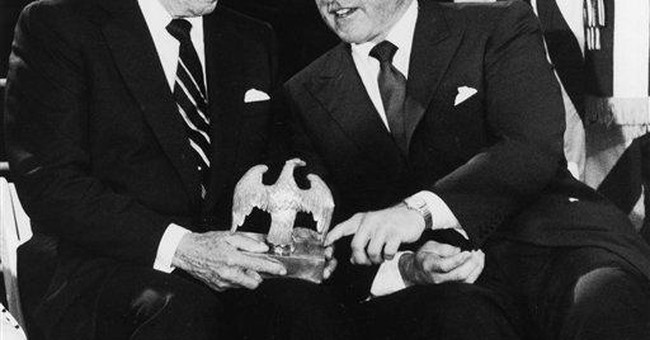 Freedom is fleeting. It is the deepest yearning of every man’s heart, but it can so easily be taken away. Americans have the almost exclusive experience in world history of enjoying unbridled freedom for over two centuries. Over the decades though, because of its fragile nature, freedom has gradually eroded. There have been spurts of rapid deterioration in America’s freedoms, where the government swiftly encroached and assumed powers not granted to it by the Constitution: the New Deal, the Great Society and a host of other monstrous federal bureaucracies. America is facing yet another, and perhaps the most dangerous, attack on its freedom with the government’s health care power grab.

Just a month ago, Democrats bemoaned the defeat of Obamacare, acting as though they had given up the fight due to public pressure. But if socialized medicine is Obama’s Waterloo, he and his Congressional cohorts will not concede defeat, even at the cost of controlling Congress. For them, this is simply another battle within the war between individual freedom and big government.

As he defiantly threw down the gauntlet at his East Room press conference Wednesday afternoon, the President admitted that the goal of implementing socialized medicine has long been a political battle for the country: “We have debated this issue thoroughly, not just for the past year but for decades.”

Indeed, the fight over the very essence of personal liberty—the ability to care for one’s own body—has been raging for many years. Back in 1961 Ronald Reagan recorded a commentary about the dangers of socialized medicine. Reagan’s warnings about the insidious nature of socialized medicine are as true now as when he spoke them fifty years ago. A YouTube clip of the ten-minute recording has garnered over one million views since it was posted three years ago, indicating its viral status on the Internet.

Reagan explained that government healthcare isn’t really as altruistic as its proponents would have people believe. “One of the traditional methods of imposing statism or socialism on a people has been by way of medicine. It’s very easy to disguise a medical program as a humanitarian project. Most people are a little reluctant to oppose anything that suggests medical care for people who possibly can’t afford it.”

Given the opportunity for a straight up-or-down vote on government healthcare, the people will resist. That’s why its implementation must be gradual, and sold as a benevolent act. Reagan described the attempt by Rhode Island Congressman Aime Forand to provide government healthcare for certain segments of society—mostly the elderly and very young—as a “foot-in-the-door philosophy.”

Forand revealed his true intentions when he commented, “If we can only break through and get our foot inside the door, then we can expand the program after that.” And that is how most all bureaucratic nightmares are sold to the public. Current politicians utilize the same demagoguery as those fifty years ago, when, according to Reagan, socialized medicine was “presented in the idea of a great emergency that millions of our senior citizens are unable to provide needed medical care.” Sound familiar?

“First you decide that the doctor can have so many patients. They are equally divided among the various doctors by the government. But then the doctors aren’t equally divided geographically, so a doctor decides he wants to practice in one town and the government has to say to him, ‘You can’t live in that town, they already have enough doctors. You have to go someplace else.’ And from here it is only a short step to dictating where he will go.”

There is far more at stake in the healthcare reform debate than simply deciding who will foot the bill for medical treatment. Parading white coat-clad union nurses and doctors before the cameras won’t increase the chances of Americans embracing socialized medicine.

Last summer, town hall meetings burned with the anger of average Americans incensed over the government’s relentless attack on their personal healthcare freedom. But that fervor has waned in recent months. Democrats’ apparent concession of defeat lulled the activists back into their false sense of security. The President is pushing his plan for a vote in the next two weeks because he cannot risk the public waking up once again and opposing his agenda.

It is crucial for Americans to once again make their voice heard in Washington, D.C. As Reagan warned, “If you don’t, this program I promise you will pass just as surely as the sun will come up tomorrow and behind it will come other federal programs that will invade every area of freedom as we have known it in this country.

“And if you don’t do this and if I don’t do it, one of these days you and I are going to spend our sunset years telling our children, and our children’s children, what it once was like in America when men were free.”