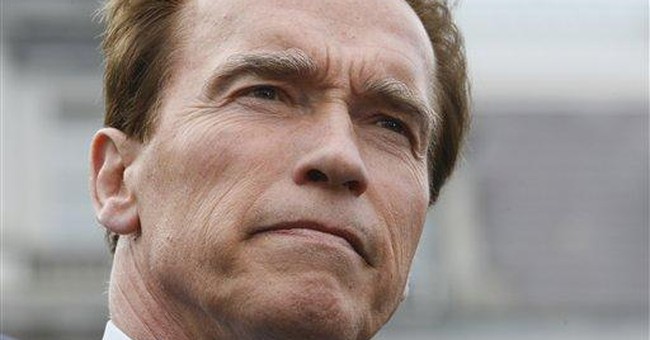 California cares. At least, that’s how its lawmakers justify the myriad nanny state regulations and laws passed every year. Under the guise of benevolence and concern, California’s government has turned the former Golden State into the Red Tape State.

It seems almost weekly that there’s another report of some legislator proposing to insert the state government into even the minuscule details of constituents’ lives. But of course, as long as the meddlesome action is taken for the good of the people, its invasiveness will be pardoned.

For example, take S.B. 242 from Senator Leland Yee. Senator Yee cares about people being discriminated against because of their language. That’s why he recently introduced legislation to make the language one speaks a protected characteristic under the state’s anti-discrimination law, the Unruh Civil Rights Act. Should the bill pass, the “right” to speak Korean or Spanish will be considered just as important as prohibiting discrimination based on race or sex. It doesn’t matter that government will regulate the language spoken in your private business, as long as someone’s feelings aren’t hurt about their own language.

The rest of America thought it an April Fools’ joke when media reported the California Air Resources Board was contemplating banning black cars because they consume more energy for air conditioning. Considering Governor Arnold Schwarzenegger’s devotion to curbing environmentally harmful energy consumption (because he cares!), it wasn’t such a far-fetched proposal.

California liberals also care about their Communist comrades. Last year Senator Allan Lowenthal introduced a bill that would have abolished state laws prohibiting communist teachers in public classrooms. During committee testimony Senator Lowenthal repeatedly asserted that communism is no longer a threat to the world and misappropriated President Ronald Reagan’s quote about it being left on the “ash heap of history.” This begs the question, do Senator Lowenthal and his peers care about the Chinese students murdered in Tiananmen Square, or the North Koreans, Cubans and millions of other human beings suffering under communism at this very moment?

For all their rhetoric about “caring” for citizens, California’s liberal lawmakers’ meddlesome actions expose a selective concern. Somehow only freedom-encroaching laws are approved, while policies that expand true liberty are summarily dismissed. Examples of this discrimination against just laws are too numerous to recount, but some are so egregious they cannot be ignored.

The issue that will have the greatest impact on our nation’s future is the education of our future leaders. Competition and choice in education will greatly improve the currently abysmal education system. But any legislation that threatens the almighty California Teachers Association union fails to make it out of even its first committee hearing. Apparently California cares more about protecting union power than providing the best education opportunities for its young.

California is also notoriously unsympathetic towards parental rights. In 2007 the legislature considered mandating every young girl (as young as 11) receive an STD vaccination. That same year, legislation was introduced to ban parents from spanking their children as part of responsible parental discipline. In both cases, lawmakers justified their nanny government laws by claiming they cared about prepubescent girls getting cancer and they cared about preventing child abuse. However, no one seemed to care about the loss of parental rights.

California also displays very little regard for some of its constituents, especially citizens in the 30th Assembly District. That’s the only area where an assembly member has been denied a district office. Upset that the incumbent Democrat assembly member endorsed as her successor the Republican candidate, Democrats cut Assemblyman Danny Gilmore’s budget for a district office and staff. Assemblyman Gilmore recently announced he will set up a tent on a street corner on Fridays in order to meet with constituents. If liberals really care about citizens, shouldn’t they ensure their representatives receive the staff afforded to all other lawmakers? It seems petty political games take higher priority than serving taxpayers.

These three examples reveal what California liberals—and all liberals—really care about: control. For all their demagoguery about caring for the little man, liberals express very little concern about the little man’s rights and freedom. Small businesses are being regulated and taxed out of the state at alarming rates. Families find it increasingly difficult to raise their children according to their religious beliefs in such a hostile environment. When businesses or families don’t conform to the liberal agenda, it’s amazing how little care is shown for them.

If only more Californians cared enough to vote these nannies out of office.