Republican Successes are Not Accidents 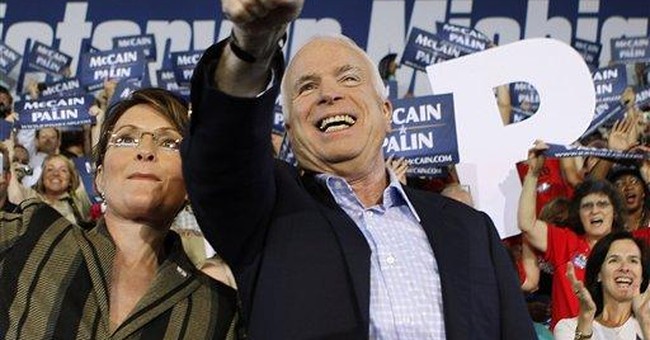 The Obama campaign and their friends in the media are finally starting to admit that Republicans have gotten some things right. Not just in the last few days but also in the last few years.

After John McCain gave what was a less-than-rousing but authentically American speech, talk at MSNBC turned to how he will use the “mistake” that has turned out to be his greatest asset. How, Newsweek’s Washington Bureau Chief Howard Fineman asked MSNBC host Keith Olbermann, will McCain’s “accidental brilliance” of picking Sarah Palin as his running mate continue to bolster his bid for the presidency?

This is the new mainstream media line when it comes to Palin. Not that she was an ingenious choice, arrived at after a thorough weighing (and yes vetting) of all the pros and cons she would bring to his candidacy. Nor even that she was a calculated gamble that paid off. But that her arrival on the political scene at a critical time with a critical message was simply the result of dumb luck.

This seems like a dangerous bit of spin for the left. Even if the public swallows the idea that the uncovering of hidden-gem Palin was a mere fluke, what does that fluke’s ability to reverse the momentum of the election say about the Obama-Biden ticket? It is hardly a projection of strength and confidence to suggest that their platform of change is so weak a lucky whirlwind in heels and lipstick can make off with it.

In a move he will surely come to regret in the weeks to come Obama used the same tactic in an interview with Fox News’ Bill O’Reilly earlier in the day. When O’Reilly pointed out the unassailable fact that the surge in Iraq is working, the for-now frontrunner admitted that it “succeeded beyond our wildest dreams.” But he also insisted that it did so “in ways that nobody anticipated…including President Bush and the other supporters.”

At best, this seems like an embarrassingly naïve position, at worst a willfully ignorant one. Why would Bush, Cheney, Jack Keane, and others have initiated the surge at all if they had not anticipated the ways it would succeed and measured them against ways it could fail?

Like his media sympathizers’ insistence that Palin was akin to a lightning strike, Obama’s response is likely to strike most voters as fundamentally childish. Sure their strategies are working. Sure Bush is defeating the terrorists, and McCain may very well defeat me. But not because they meant to…

There are multiple things that the Bush Administration and Congressional Republicans have to answer for in the last eight years —spending and a lack of meaningful immigration reform topping that list. But just as their failures are their own, so their successes are no accidents. And the mark of a leader, nay the mark of an adult is to give credit where is credit is due.

Ask any kid who’s ever had a Monopoly or checkers board turned over on him after a win. “You got lucky” is the last resort of losers.