Evers Set to Tax Small Businesses Who Got COVID Loans

M.D. Kittle
|
Posted: Jan 23, 2021 12:01 AM
Share   Tweet
The opinions expressed by columnists are their own and do not necessarily represent the views of Townhall.com. 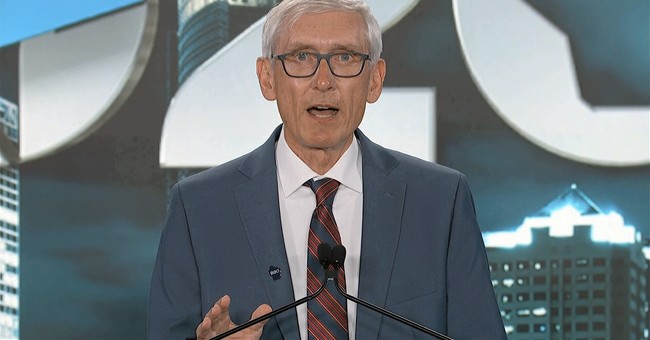 MADISON — Tax and spend Tony does it again — this time looking to tax the small businesses his administration has driven to the brink of extinction with lockdowns and other COVID-19 health edicts.

“Gov. Tony Evers and the DOR are looking to skim the federal money that came down to our small businesses so they can grow the coffers in Madison,” state Sen. Roger Roth (R-Appleton) told Empower Wisconsin in an interview Thursday.

In a letter to his Senate colleagues, Roth calls for amending Senate Bill 2 (which proposes several changes to existing laws enforced by Revenue) to align Wisconsin’s tax treatment of PPP loans with that of the federal government.

Last year, when Congress passed the bipartisan Coronavirus Aid, Relief, and Economic Security (CARES) Act, it intended the PPP to be a forgivable loan program, as long as the money was used to cover payroll, mortgage interest, rent and other business-related expenses for eligible recipients. That means complying businesses don’t have to pay taxes on the money they receive.

The goal of PPP is to provide businesses with a financial lifeline to keep them operating — and paying their employees — in the COVID-19 pandemic, not to create a tax burden for those receiving the funds.

But the IRS disagreed, sending out “clarifying guidance” that the loans are considered taxable income.

Congress fixed that disagreement in passing the latest stimulus last month, making it clear that PPP-paid expenses are not subject to tax liability.

Evers’ Department of Revenue, however, agrees with the IRS’ original interpretation. So, some 90,000 Wisconsin businesses — the vast majority small businesses — face an additional $450 million in taxable liability at the state level.

How can the Evers’ administration defy the federal tax code on PPP? Because it’s a separate taxing system. Wisconsin does not have to follow federal law. That’s why Roth says it’s critical lawmakers pass an amended bill that would include aligning Wisconsin’s tax codes on PPP with the federal government’s.

Roth said the businesses were hurt not just by the virus but by the restrictions Evers and local health officers placed on public gatherings and travel. The Evers administration joined local government in capping the number of customers bars, restaurants and many retailers could welcome, and effectively closed taverns for periods of time.

“These guys played by the rules. These businesses, and most are small businesses — the hair dresser down the street, the local hardware store, bars, restaurants — were forced to upend their business model because Tony Evers told them they had to,”  the senator said. “The federal government did the right thing in the urgency of the moment … Now the state of Wisconsin isn’t allowing them to deduct their expenses.”

In his letter, the senator notes Tax Day is rapidly approaching and the state Department of Revenue is  “choosing to use these struggling businesses as a way to bolster the general fund to the tune of hundreds of millions of dollars in new taxes.”

No doubt taxing the PPP funds would help sate the tax revenue thirst of Evers and his big government team.

In a breakdown of the state’s financial picture ahead, the nonpartisan Legislative Fiscal Bureau notes the Revenue department considers the PPP and EIDL (Economic Injury Disaster Loans) as taxable. “(A)nd our forthcoming revenue forecast will also treat this as taxable.” Making the payments tax deductible would “reduce state revenue by a total of $457 million between 2020-21 and 2023-24, with a larger fiscal effect in the first year and diminishing fiscal effect over the four year period.”

Roth said if SB 2 isn’t amended in committee he will offer a floor amendment when it comes before the full Senate.

“Increasing the tax liability on our struggling businesses is neither a conservative response nor how we should reward them for their perseverance,” he wrote in his letter to his colleagues.