M.D. Kittle
|
Posted: May 30, 2020 12:01 AM
Share   Tweet
The opinions expressed by columnists are their own and do not necessarily represent the views of Townhall.com. 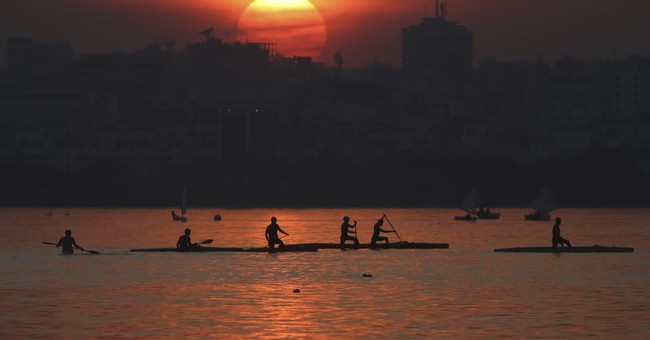 MADISON — The next time liberal Wisconsin Supreme Court Justice Rebecca Dallet stands up for lockdowns, perhaps she should avoid cruising in a packed boat on Big Cedar Lake.

As reported by NewsTalk 1130 WISN’s Dan O’Donnell, Dallet is pictured in sunglasses enjoying a sunny Memorial Day Weekend boat ride — an excursion that still would have been illegal under the Evers administration’s statewide Safer at Home order that Dallet has defended.

That lockdown was not set to expire until a day after Memorial Day, and very well may have been extended by Gov. Tony Evers’ power-grabbing health department chief had the court’s conservative majority not issued its 4-3 decision earlier this month invalidating the order.

The far left Dallet, in fact, issued a snide dissent. She excoriated the majority and, really, anyone who believes Evers overreached in closing churches, banning travel, shuttering “nonessential” businesses, and altogether ignoring the Constitution in responding to the COVID-19 pandemic.

In short, Dallet stood for the rule of the executive in a time of crisis — at least the liberal executive in power.

The majority opinion “completely” disregards “the long- standing, broad statutory powers the Legislature itself granted to the Department of Health Services (DHS) to control COVID-19, a novel contagion,” Dallet wrote.

Those broad statutory powers, of course, would include the DHS’ social-distancing edicts, limiting gatherings to nine or less people. Our sources tell us that Big Cedar Lake, a popular water spot in Washington County, was really hopping Memorial Day weekend. Beaches around Wisconsin, of course, would still be subject to closure or crowd restrictions under DHS’ stay-at-home edict.

There didn’t look like a lot of social distancing going on in the boat the justice was joyriding in.

Was Dallet worried about the “consequences” of ending Evers’ lockdown, as her dissent so direly expresses? Or was she just enjoying the liberties the court restored in striking down the government order?

Empower Wisconsin asked. Dallet did not return requests for comment.

Senate Majority Leader Scott Fitzgerald (R-Juneau), who helped lead the Republican-led Legislature’s successful lawsuit against the state Department of Health Services’ extended lockdown, pointed to the hypocrisy of the left.

“Whether it’s governors in Illinois and Michigan — or now liberals in Wisconsin — it’s clear that the Radical Left’s mantra on these lockdowns has become ‘for thee, not me,’” Fitzgerald said in a statement to Empower Wisconsin. “Now we need to focus on getting our economy back from the brink after the disastrous shutdown.”

Illinois Gov. JB Pritzker has been criticized for his jaunts to the family horse farm in Southeast Wisconsin during the pandemic, even as he’s locked down the state and banned non-essential travel. Michigan governor and fellow liberal, Gretchen Whitmer, is taking heat after her husband called a Northern Michigan dock company to retrieve their boat the day before Memorial Day weekend. Whitmer’s lockdown curtailed boating in the state named for one of the Great Lakes.

We asked the other members of the Wisconsin Supreme Court what they thought about the big government-loving justice’s boat ride to freedom. They didn’t respond, either.

In her concurring opinion, however, conservative Justice Rebecca G. Bradley (the better Rebecca), wrote that in Dallet’s “thinly-veiled attempt at garnering a sensationalized headline, the justice repeatedly employs fear tactics in lieu of the law in order to dramatize her perceptions of the consequences of the majority’s opinion.”

Apparently Justice Dallet is more than happy to live by the consequences of the majority opinion — if that means fun in the sun with family and friends.