M.D. Kittle
|
Posted: Feb 19, 2020 10:34 AM
Share   Tweet
The opinions expressed by columnists are their own and do not necessarily represent the views of Townhall.com. 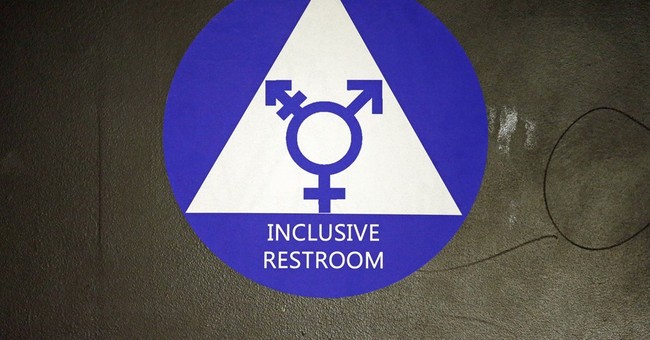 The district, meanwhile, is doubling down on what it calls its guidance document on transgender and non-binary students.

In December, WILL warned that it would sue the school system if it did not change policies that enable children, at any age, to change their gender identity at school without parental notice or consent. More so, the public-interest law firm alleges, the policy instructs district employees to “conceal and even deceive parents about the gender identity their son or daughter has adopted.”

“Madison schools have adopted policies that violate constitutionally recognized parental rights. A public school district should not, and cannot, make decisions reserved for parents,” Rick Esenberg, WILL president and general counsel said in a statement.

WILL is representing 14 individual parents from eight families with students in MMSD.

Madison Metro, the second largest school district in Wisconsin, stood by its position. MMSD spokesman Tim LeMonds said the district “prioritizes” working with families to support students and that is “always our preferred method of support.” But …

“MMSD must also prioritize the safety and wellbeing of every individual student who walks through its doors each day,” he said in a statement to Empower Wisconsin. “It is with this focus, the district stands by its guidance document on transgender and non-binary students, and recognizes its tremendous responsibility to uphold the right of every child to be educated in a safe, all-inclusive and nondiscriminatory learning environment.”

But does the public school system’s ideas about protecting children supersede the parent's or guardian’s right to be informed and, ultimately, decide what is in the best interest of their child? It appears those questions will now be up to the courts do decide.

The lawsuit was filed in the liberal Dane County Circuit Court, so this could be just the first stop for the litigation.

-Children of any age can transition to a different gender identity at school, by changing their name and pronouns, without parental notice or consent.

-District employees are prohibited from notifying parents, without the child’s consent, that their child has or wants to change gender identity at school, or that their child may be dealing with gender dysphoria.

-Parents have the right to make important health care decisions on their children’s behalf. Transitioning to a different gender identity is a significant psychotherapeutic intervention that requires parental notice or consent. There are multiple treatment options for gender dysphoria, some of which don’t involve transitioning, so parents must be involved in which treatment path to pursue.

-The policies also conflict with the “general rule [in Wisconsin] requiring parents to give consent to medical treatment for their children.”

-For some parents, gender identity issues also have religious significance. MMSD’s policy interferes with parents’ free-exercise rights to raise their children in accordance with their religious beliefs and to select a treatment approach consistent with those beliefs.

LeMonds said the district had yet to be served as of Tuesday afternoon so it could not comment further until MMSD officials have had the opportunity to review the claims.

The district’s guidelines bear a close resemblance to the Model District Policy on Transgender and Gender Nonconforming Students from GLSEN (formerly the Gay, Lesbian and Straight Education Network). The section on “Working with Parents and Families” notes that “some transgender and gender nonconforming students face family rejection …”

“Schools may be the only safe space where a student feels comfortable fully expressing their gender,” the policy states. “Therefore it is critical that parental/guardian approval is never a prerequisite for respecting a student’s gender identity, including their chosen names and pronouns.”

Such secrecy policies have drawn the ire of parents elsewhere.

Pasco County Schools in Florida last year axed a directive on student confidentiality in its “best practices” guidelines for dealing with LGBTQ students.

“(Parents) also did not like the idea that staff members were encouraged not to tell parents of students’ gender identity without getting the student’s permission,” the Tampa Bay Times reported.