Matt Vespa
|
Posted: Feb 16, 2021 12:01 AM
Share   Tweet
The opinions expressed by columnists are their own and do not necessarily represent the views of Townhall.com. 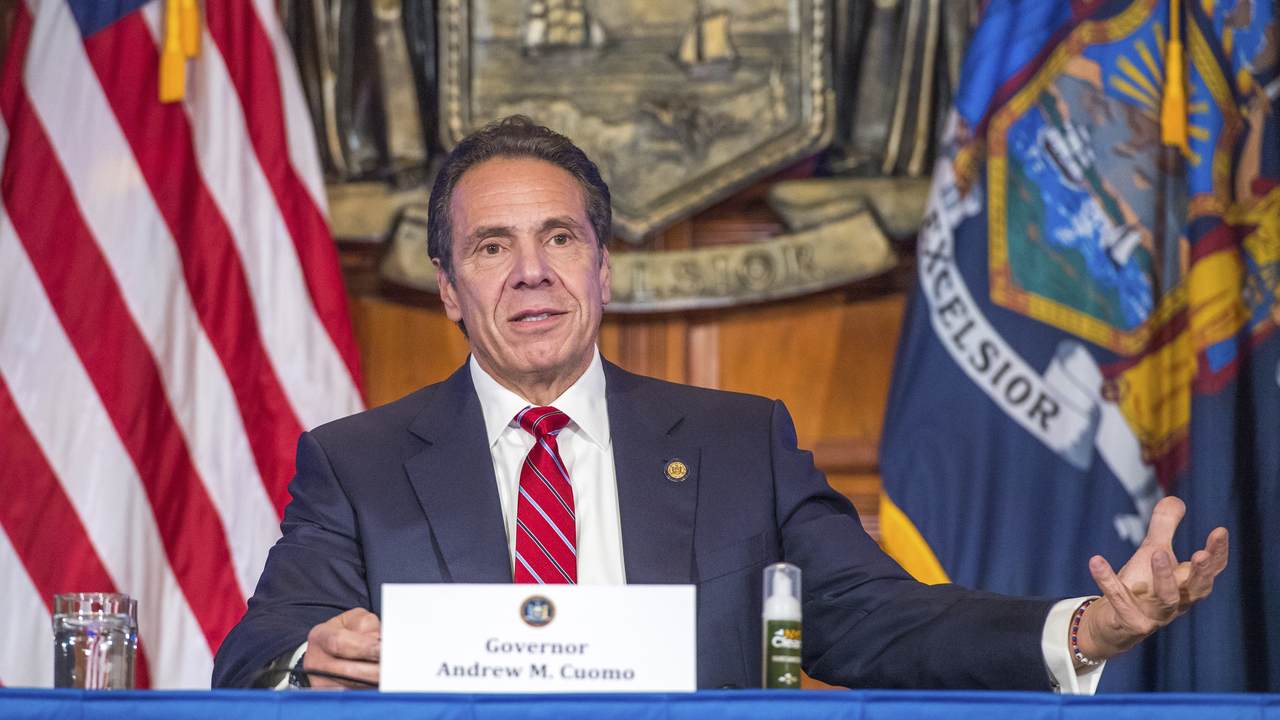 There are a lot of people who look like total idiots for buying into New York Gov. Andrew Cuomo’s handling of COVID. The state was already a disaster zone. It’s ground zero for the US-based outbreak. Its infection rate is astronomical. The death rate is astronomical, but somehow Florida is where the liberal media likes to point fingers. Maybe because Florida is a Republican state with a Republican governor that has managed this crisis better. The two beacons of liberal America — New York and California — have been abject failures in handling the outbreak. And one governor could be facing a federal investigation over it.

These states had the long arm of the media give their political leadership plenty of cover. They thought they were safe in the political shade. Well, in California, which has some of the most hardcore COVID protocols, there were about one million new cases in six weeks over the holidays — and that’s with a near-universal mask compliance rate. Oh, California's governor, Gavin Newsom, is facing a potential recall election. His credibility has never really recovered from his Napa outing after he locked everything down. A recall election is one thing, a possible federal investigation because you intentionally hid the true COVID death count is another matter entirely.

That’s the big bombshell that dropped from the land of King Andy. Governor Cuomo's office has admitted to state lawmakers that it hid the real COVID death count from nursing homes to avoid a Department of Justice probe. With Biden now president, I guess his people must feel comfortable that they can just admit they cooked the books on COVID deaths. All the talk about Cuomo being a top-notch actor on COVID response, a beacon of truth, a leader, and someone who has shown transparency is dead. There’s no resurrecting this narrative. King Andy is an arrogant, bumbling fool who got people killed.

He ordered New York nursing homes to accept COVID-positive patients and then hid the policy aftermath. He spits in the faces of thousands of New York families who lost loved ones. He doesn’t care. Period. Here's what his top aide, Melissa DeRosa, said (via NY Post):

Gov. Andrew Cuomo’s top aide privately apologized to Democratic lawmakers for withholding the state’s nursing home death toll from COVID-19 — telling them “we froze” out of fear that the true numbers would “be used against us” by federal prosecutors, The Post has learned.

The stunning admission of a coverup was made by secretary to the governor Melissa DeRosa during a video conference call with state Democratic leaders in which she said the Cuomo administration had rebuffed a legislative request for the tally in August because “right around the same time, [then-President Donald Trump] turns this into a giant political football,” according to an audio recording of the two-hour-plus meeting.

In addition to attacking Cuomo’s fellow Democratic governors, DeRosa said, Trump “directs the Department of Justice to do an investigation into us.”

After dropping the bombshell, DeRosa asked for “a little bit of appreciation of the context” and offered what appears to be the Cuomo administration’s first apology for its handling of nursing homes amid the pandemic.

But instead of a mea culpa to the grieving family members of more than 13,000 dead seniors or the critics who say the Health Department spread COVID-19 in the care facilities with a March 25 state Health Department directive that nursing homes admit infected patients, DeRosa tried to make amends with the fellow Democrats for the political inconvenience it caused them.

“So we do apologize,” she said. “I do understand the position that you were put in. I know that it is not fair. It was not our intention to put you in that political position with the Republicans.”

So, the apology was…to Democrats who were forced into an inconvenient situation? Seriously. DeRosa tried to clarify her remarks, but it’s still a trainwreck. This comes on the back of a report by the New York Attorney General’s Office that showed Cuomo undercounted the nursing home deaths by as much as 50 percent. We heard the admission. What say you, King Death? Well, Cuomo doubled down, saying the numbers were always accurate.

“To be clear, all the deaths in the nursing homes and in the hospitals were always fully, publicly, and accurately reported. The numbers were the numbers, always.”

This guy was always an idiot, and it’s very satisfying to watch him and his enablers eat pavement over this. He wrote a book about how he’s some COVID savior. He’s really the angel of death. If Cuomo had White House ambitions, it’s over, or it should be. His people hid the real death toll because they didn’t like President Trump. That’s really the heart of the matter, which is pathetic. The irony is that in trying to avoid a DOJ investigation, they just opened the door for one. They served themselves on a platter. This should be looked into. Impeachment articles should be filed. State lawmakers should launch their own investigation as well.

It took a while, but we were eventually proven right about this charlatan. He threw COVID patients into nursing homes because — screw it. That’s all anyone could gather from this. You don’t need to be a medical expert to know you don't pile infected people into a nursing home. You’re going to kill people.

For all the talk from Cuomo and these clowns about listening to the science and the facts, he sure likes to create a work environment where his top health officials leave because — get this — he ignores their advice. He bungled the COVID response, he killed people with his nursing home order, and he’s currently botching the vaccine rollout.

We all saw the seeds of this when he tried to scrub that nursing home order from the state health website. He blamed Trump. He said he didn’t sign the order. Then he said he did, but it’s too technical or something. The whole narrative is truly a mess when you piece together the man and his obsession with being on TV. As for his latest pivot, well, he’s got nothing. He’s backed into a corner. The numbers do not lie. All he can do is hope that the liberal media saves him.

Cuomo should be arrested. He should be impeached. And he should be removed from office. This piece of trash with his “who cares” attitude toward all the death and destruction he has caused should see his political career end. This is how Democrats govern.