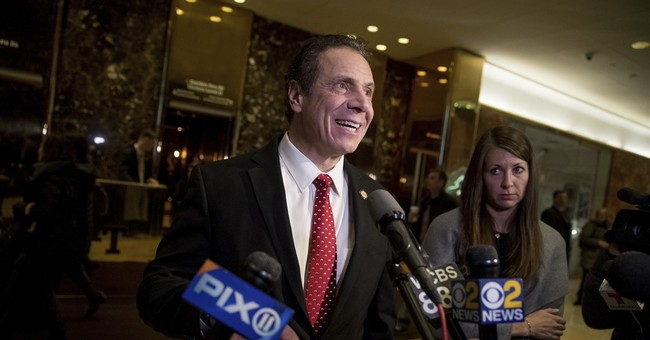 The dam has broken in New York regarding its COVID death toll. The controversy over Gov. Andrew Cuomo’s nursing home order last year that forced these facilities to admit COVID-positive patients has reached new scrutiny. This policy killed people. Period. Thousands died, but Andy was hailed as some crackerjack COVID manager. He was competent, in charge, and showed leadership. He also showed a good way to wipe out thousands of elderly people, the folks most susceptible to death if they contract this virus. We knew he did it, but it recently got worse when the New York Attorney General’s Office reported that the nursing home death count from COVID was undercounted by as much as 50 percent. Why? What happened? Well, Cuomo aide Melissa DeRosa spilled the beans this week. They hid the data. They cooked the books. And offered one of the most detached apologies in recent memory. It was cold, lacking emotion, and was more centered on the inconvenience it may have caused local Democrats.

“So we do apologize. I do understand the position that you were put in. I know that it is not fair. It was not our intention to put you in that political position with the Republicans,” said DeRosa. No mention of the thousands of dead seniors they were directly responsible for or their families.

She decided to clarify her remarks today, but it’s still a trainwreck. The reasoning for hiding the real figures is also terrible. They said they were afraid of a Department of Justice investigation. Well, they may have warranted one with these antics (via WNYPapers) [emphasis mine]:

I was explaining that when we received the DOJ inquiry, we needed to temporarily set aside the Legislature's request to deal with the federal request first,” she said. “We informed the houses of this at the time. We were comprehensive and transparent in our responses to the DOJ, and then had to immediately focus our resources on the second wave and vaccine rollout. As I said on a call with legislators, we could not fulfill their request as quickly as anyone would have liked. But we are committed to being better partners going forward as we share the same goal of keeping New Yorkers as healthy as possible during the pandemic.

Oh, the horse has left the barn on that one, lady. Also, really didn’t hear an apology to the victims of this disastrous nursing home policy. And on top of that, now they’re committed to being better at being more transparent with the DOJ and state lawmakers in keeping New Yorkers healthy during COVID. Seriously? Again, you hid the data. That all but kills all public trust on this and the fact that you’re willing to be better with a Democratic-run DOJ and White House is beyond transparent.

This isn’t going away, and there should be many investigations regarding this cover-up.