I Guarantee No One Will Follow Latest Recommendation from the COVID Nazis...Except Maybe Joe Biden

Matt Vespa
|
Posted: Oct 27, 2020 12:00 AM
Share   Tweet
The opinions expressed by columnists are their own and do not necessarily represent the views of Townhall.com. 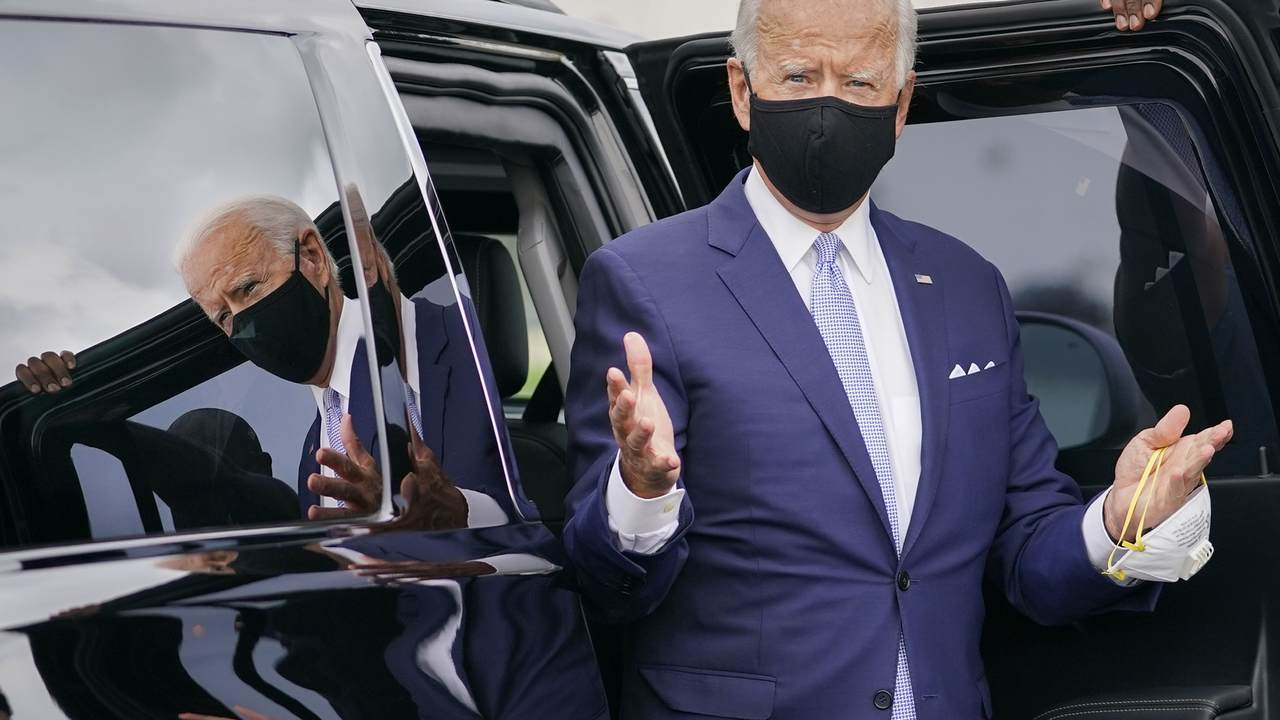 You don’t need to be a medical doctor to know that no one will be taking this advice come Thanksgiving. No one. Yeah, we’re going to have to bite the bullet and not see our loved ones on Thanksgiving, folks. This is hilarious. We don’t have to listen to you. And we shouldn’t. The so-called medical expert community has beclowned itself the entire year. It’s selfish and dangerous to hold protests in support of re-opening businesses to feed families, but left-wing rioting, Black Lives Matter protests, and Women’s March activity is okay. It’s also apparently okay for scores of Los Angeles Lakers fans to party in the streets upon their team winning the NBA Finals. Overall, if you’re protesting in support of liberal causes, then everyone becomes immune.

The media goes nuts over so-called super spreader events. They’re mask Nazis but are mum when liberals go haywire in the streets. It’s no shock why. And this, my friends, is why no one listens to these clowns. The hypocrisy is explicit. Also, the studies are trash. The bike rally in Sturgis, North Dakota, was slammed as a super spreader event, and it was decidedly not. Oh, and what about after we get a vaccine? Well, we still need to wear masks and commit to social distancing until 2022, they say.

Yeah, that’s not going to happen either. We’re done, Dr. Fauci. Finished. And sorry, you said New York did it right regarding its COVID policy. It’s the state with the highest death rate. Also, you said you couldn’t think of any reason why there were excess deaths, by as much as 20 percent, between March and August. Nothing like the pressure and pain of economic destitution to drive you into alcoholism, depression, and suicide. These people are idiots. And I’m done with them.

Voting for Joe Biden will bring about a total lockdown for sure. He’s admitted this, and Dr. Anthony Fauci will only see his power increase in that regard. The medical community wants another lockdown and a Biden presidency will ensure that happens. If you’re tired of masks, the "Karens" harassing people, and the overall COVID Nazi era, then vote for Trump.

A Biden White House will no doubt lead to a medically led authoritarian structure that will certainly prevent the "build back better" agenda, not the least bit because it sounds like a slogan scribbled down by a drooling vegetable.

As for Fauci and his crew, I don’t think he’s a bad guy. I gave them the benefit of the doubt. After all, science is supposed to be apolitical. But that’s come to an end in the woke era. These so-called scientists, the ones on MSNBC and CNN shoveling panic porn, are no better than the legions of Democratic operatives that infest these networks. Sadly, I think these folks are more disappointed that therapeutics are coming along, ventilators are now in bountiful supply, and the death rate hasn’t been as high as originally projected. A failure in all three would assure a Trump defeat, which is what they’ve been angling for since March.

At that time, the Dow Jones was tumbling—with no sign of it abating. We had to do something. If a stay-at-home order was needed, then so be it. Remember, Trump also backed the temporary lockdowns. Yet, as we hunkered down, Democratic governors did two things. One, they arbitrarily extended the lockdown regime. Hence, how Michigan has suffered under its governor Adolf Whitner. Two, they forced nursing homes to accept COVID-positive patients that led to thousands of deaths. Nearly half of the total COVID death toll in the US is due to Democratic governors.

There was a panic. And then it subsided when, you know, we found out this virus wasn’t as apocalyptic as originally sold. This isn’t some superflu. The survivability rate among all age demographics, including the elderly, is all above 90 percent. The CDC’s study on the mortality rate alone last summer should’ve killed the lockdown regime. The panic about contracting this through surfaces is also over.