The Left-wing Mob is Massive, and Ready for War

Matt Vespa  |  Jun 09, 2020
The opinions expressed by columnists are their own and do not necessarily represent the views of Townhall.com.
Top Columns
Trending on Townhall Media 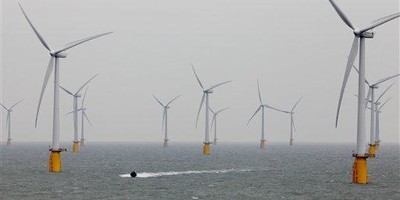 2020 has been a clusterf**k of a year, huh? We're in the middle of an election year, then some Chinese plague hits the world and sends us into lockdown. Then, some of us overreacted, as new data shows the virus isn't nearly as bad, but then an unarmed black man was killed in Minneapolis while in police custody. Cue the calls to protest. I mean, there should have been protests over the death of George Floyd. What happened to him was an atrocity. Those feelings, at least for me, ceased as soon as the looting, rioting, and arson began en masse. Riots engulfed the nation last week. They've calmed down some, but now the experts who told us to stay inside have done a 180-degree turn. We've gone from stay home, don't be selfish to "why aren't you out there protesting racism, you selfish bastard."

The riots have shown how quickly the left-wing mob can mobilize and how far their reach has grown in the past few years. It's massive, and they're ready for war. The unrest has caused some problematic columns to be printed. In The New York Times, Sen. Tom Cotton (R-AR) called for the military to be activated to restore law and order. In the Philadelphia Inquirer, there was an op-ed about "buildings matter, too" concerning the ongoing rioting. The triggering effect was as devastating as a nuclear blast. The Times was engulfed in a civil war between the liberal and hyper-left, woke wings, with the latter winning. The Times' editorial page editor was forced to resign. One of the Inquirer's top editors was forced to resign as well.

This isn't normal. There was a time when liberals would fight over something that was printed that they found disagreeable. Now, it's this stuff can't be posted, and if it does, we'll destroy that person. The "words are violence" crowd is starting to entrench themselves in some of the most powerful cultural bastions in the country—and we let them.

It's easy to ignore the rantings of some college leftists, but these kids graduate. They have graduated. And they found themselves jobs at major publications. They're even in the sciences. How else can you explain the mass, and wholly laughable, shift on COVID lockdowns? Protesting to re-open is grounded in white nationalism, but protesting against racism, which I've been told is just as bad as this COVID pandemic, is good. That's pretty much the baseline. It's appallingly biased, transparent, and pandering. Those we entrust to collect data on diseases somehow think people will buy this notion that you're impervious to infection if you protest in support of liberal causes. It's a clown show.

Still can't get over the fact that the grim reaper clown who was was raising money to hand out body bags at Florida beaches a couple weeks ago is now cheering on the fact that a "huge crowd" showed up at a protest. pic.twitter.com/x3BRq7QJAK

At the Times and elsewhere, we're seeing what liberal reporter Michael Tracey has called a tantrum of the coddled, "cry-bully" wing of the Left, which he wants no part of in any way, shape, or form. While he calls out the Right often, he's never seen anything so unhinged. He plainly said this industry is "f**ked," given the two papers' capitulation to the outrage mob. The activist wing and the media world are fraught with total lunatics—and they're culturally ascendant.

Maybe we took the eye off the ball. Did we willingly give up on key bastions of power because we just thought the crazy would either wear off these kids or that the electorate would dismiss the idea? For sure, voters will reject this "defund the police" nonsense the Left is peddling, but it shouldn't get to this point. It should be squashed with ruthless efficiency.

When fruit snacks fold to avoid being possibly torched by the mob, you know we're in serious trouble. Folks, even Gushers and Fruit by the Foot felt it was in their best interest to come on the side of Black Lives Matter to avoid having legions of woke show up to unleash hell. These are products and companies that should really have no fear about political fallout since a) they're friggin' snacks, and b) sugary snacks tend to have bipartisan support. They felt forced to cower. Also, in doing so, they may still get torched because of the aforementioned, it all looks like a self-serving ploy to increase brand advertising. The far-left will see right through it.

Conservatives are disadvantaged in Hollywood, academia, tech, colleges, major news outlets, and the urban areas. I think we've relied too much on pride in our principles. Our principles will win out. Wrong. They haven't. They're under attack right now, and we seem hesitant to go on the offensive. Until we get a foothold in these cultural areas, we should ignore the rules, attack viciously, and show no quarter. Put the mob down. No prisoners until we've put the mob down.

This will be a long war. We've ceded a lot of ground. Maybe too much out of sheer annoyance from these leftist thugs. We have a media complex that's corrupt, activists that are peddling mayhem and the destruction of law enforcement, and cops themselves being shot at, beaten, and run over with cars. On top of all of this, we have an entire political party—the Democrats—who either defend or excuse the rioters. NFL football quarterback Drew Brees was brought down by these thugs for comments about not disrespecting the American flag. The man has issued what seems like 6,000 apologies. They don't want an apology, Drew. They want to destroy you. As the cities burn, their workers have quietly worked on another leftist pet project: the destruction of our history.

From Confederate war generals to the Texas Rangers, these statues are coming down. Amid the chaos, the mob pulled a flank march and got two birds with one stone, or in this case, one Molotov cocktail. It's going to get dirty. Are we prepared for it? Right now, the answer is hell no. Have we allowed the leftist mob to grow to the point where it's unstoppable? We'll see. Everyone is hiding under the bed right now, so that should tell you something.

I’m disgusted by the pusillanimity of the right.

You have the perfect ingredients for another, massive wave of backlash politics. And the perfect villains: rioters, corporate woke tyranny, public-health “experts” who turned out to be left ideologues. 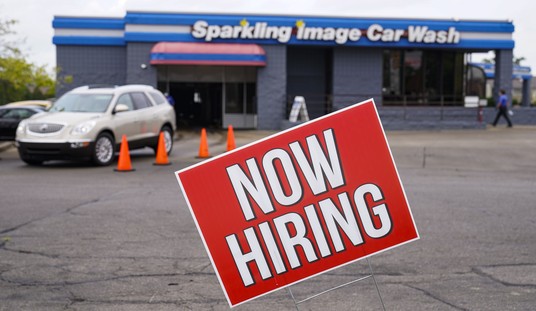 McConnell: By the Way, House Democrats Have Chosen a Conspiratorial Election Denier As Their New Leader Guy Benson
Trending on Townhall Video