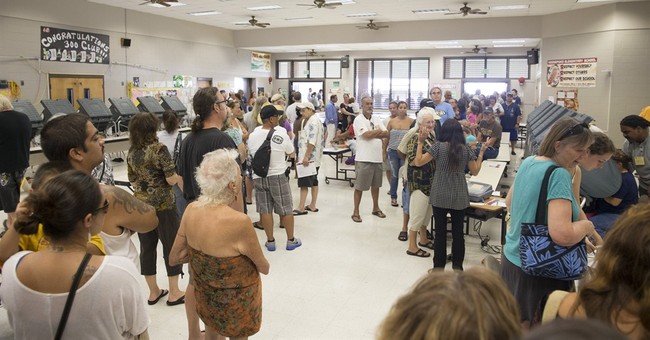 If memory serves me, I have to write some variation of this column every election cycle.

Just 10 years ago, public opinion surveys for elections were a mysterious mix of science and technology. It held little interest except to the political campaigns that lived and breathed by its numbers. But in the last decade, political polling has become a sport. Make that a blood sport.

Some readers will recall the late TV sportscaster Howard Cosell. He was brilliant, but as he put it in the title of his own autobiography, "I Never Played the Game." These days, for every one pollster, striving to be consistently accurate in a rapidly evolving industry, there are three Howard Cosells. They've never conducted a poll, but they will tell you how to do it anyway. By the time the actual elections roll around, the pollsters have become as controversial as the candidates who are vying to become governors and senators. The whole thing becomes a circus.

The truth is that technology has turned the world of polling upside down. Years ago, it was considered a given that the "gold standard" of public opinion polling was to get the data exclusively from live, person-to-person interviews, on "landline" telephones.

The only problem was that sometimes these surveys produced disastrous results. Often the problem was in the demographic "weighting" of the poll. But sometimes things boiled down to mistakes in some faraway call center, where a worker on an hourly wage might mispronounce the name of a candidate -- or maybe fudge the number of calls completed.

Then came the "IVR" system, which uses automated phone calls in place of live interviews. This new way of polling was roundly denounced by the big news organizations (some of whose own polls were frequently off the mark). The political Howard Cosells dismissed IVR polling outright.

Things have only accelerated, leaving many naysayers behind. We live in a land with fewer landlines and more and more cell phones, smart phones and online communications. The effect on the polling world is that no one seems entirely certain as to what mixture of these new- and old-communications media can produce a valid and reliable survey.

Hence we have the polling equivalent of the War of the Roses. Things got so bad recently in one state that one pollster who does good work released a poll so contrary to other surveys that it led to a widespread official denouncement by one of the state's major parties. There was more detail in that public attack on polling than in most press releases about the opposing candidates!

The truth is that with the coming of automated polls and online surveys, media elites can no longer control the flow of information that comes from news-related research. They clamor for the old days of phone rooms, and yet also demand the inclusion in surveys of cellphone interviews, which young people -- often Democrats -- use.

No one denies the use of landlines is dwindling. Over the coming 10 years cell phones and online research will become critical in the conducting of accurate scientific polls.

But there are a few issues that must be dealt with by those who want to collect large numbers of poll responses. The main consideration is pure common sense. Most people younger than 30 who own a cellphone detest talking on it for more than a minute or two. They'll text someone in the next room rather than go talk to them. So it's not likely that they are going to stay on the phone long enough for a live interviewer to ask 50 or 60 questions. The days of newspapers and broadcast networks rolling out massive surveys are coming to an end.

Even as they try to navigate new technology, pollsters today can be under assault from the Cosells for "missing" a political race by as little as three points. That's about as fair as criticizing a weatherman for forecasting two clouds instead of four on a sunny day.

Polling is a big business. Trying to control public opinion via a limited number of outlets is an even bigger business. Given that, the controversy will only continue this election season, until being a pollster will be looked down upon as much as being ... a politician.

So here's to all my fellow pollsters, who labor to do it right, and who have to endure ongoing criticism from the Cosells who have never played the game. Keep fighting, guys. Polling is a blood sport for nerds. But somebody has to do it.