African-American Voter Turnout Will Decide Control of the Senate 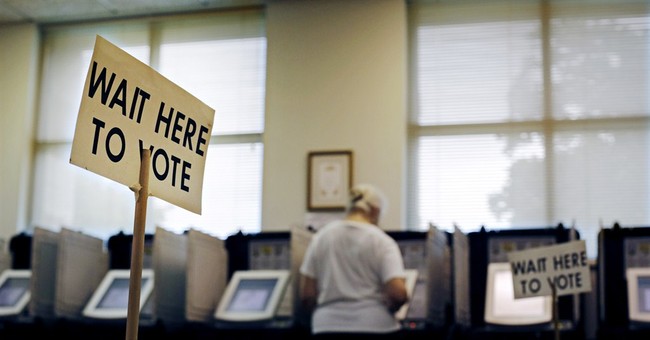 The South remains a bit of a mystery to most political pundits and pollsters. Many of its metropolitan areas are far more sophisticated (and much larger) than the rest of the nation realizes. And some areas of the rural South seem frozen in the 1960s. But to stereotype any one area of the region is a dangerous thing.

What is more dangerous is trying to predict the makeup of an electorate in any given southern election year. Many southern states have large African-American populations, and in most of those states black men and women hold considerable political and economic power.

As the 2014 elections arrive, it is no secret that contests for the U.S. Senate in states such as North Carolina, Georgia, Arkansas, Louisiana and Kentucky will decide whether Democrats keep control of the Senate or Republicans take over.

There are arguments to be made that in states such as Georgia, an influx of African-Americans, Hispanic-Latinos and other non-white voters has shifted the electoral map from a bright "red" status to one that appears more "purple." Historically, such individuals vote heavily for Democratic nominees for statewide office. But the real trick to winning or losing a southern state for Democrats often depends upon the degree to which African-American voters decide to go to the polls on Election Day.

In 2008, African-American turnout in the region was sky high and came as no real shock to most pollsters or pundits. In 2010, some of those voters disappeared. That led many to conclude that black-voter turnout was attributable to only one thing -- Barack Obama. And by the time President Obama sought reelection, many experts thought that the "uniqueness" of voting for a black president had subsided and that among black voters and voters under age 30, the turnout for Obama would be weaker.

That proved to be a major mistake on the part of many pundits and pollsters, this columnist pollster included. While some states such as Georgia remained easier to poll, because of the then- conservative bend of the state's strong segment of independent voters, other states, such as Florida and North Carolina, slipped to Obama's column in part because of continued strong African-American, Hispanic-Latino, and under-30 voter turnout. Many of us had those pegged as Romney wins. We were wrong.

Some experts attributed the 2012 turnout to "the Obama effect," that being voter enthusiasm among various demographic groups to re-elect an African-American president. But many Obama and Democratic Party operatives attributed this strong turnout to the ability of these operatives to pinpoint voters individually via social media and prompt them to vote.

2014 will likely decide whether the 2012 vote was tied to one person or an entire network of wired-in operatives.

Attempts to make this election about President Obama, at least among African-Americans, don't seem to be taking hold. Despite Democrats trying to convince people that Republicans will impeach the president if given a chance, few in the mainstream media are biting. They have moved on to their next topic, Hillary Clinton, who is by far the leading presidential candidate for 2016.

There have been small opportunities to garner outrage among black voters in various states, but they have been basically fumbled by Democrats. In Georgia, "vanity" automobile tags related to the old Confederacy were allowed to go unchallenged earlier this year, and a recent announcement that the state would observe two Confederate holidays seemed like easy layups for the Democrats but have gone untouched.

In Georgia, North Carolina, Arkansas and Louisiana, the Real Clear Politics average of polls shows Republicans leading each race. But in each instance, the lead is relatively small.

While most polls show Democrats slightly more popular as a party than Republicans (a large percentage of Americans don't like either one), several polls suggest that Republicans enjoy a stronger "enthusiasm to vote level" among their supporters. But with relatively weak turnout levels for most GOP primaries held in southern states this year, whether that "enthusiasm" will provide an edge to Republican candidates remains to be seen.

But one thing is likely for sure. If Democrats have a magic social media connection to convince African-Americans to register and vote this year, they will have to use it to hold their control of the Senate.