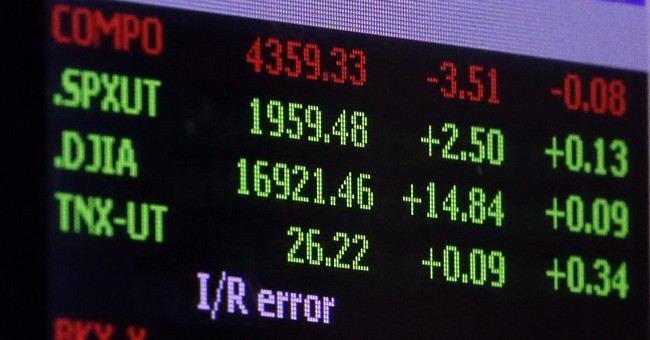 As of late July, we see major conflicts that have flared up in Iraq, the Ukraine and in the ongoing escalating attack on Israel. New home sales remain mediocre. Millennials, who helped elect Barack Obama, are reportedly suffering most in the nation's the job market. The cost of food is rising quickly. The list goes on and on.

Add to that poor approval ratings for President Obama and it would seem that the public would rush to the polls in November to elect Republicans in tight races for the U.S. Senate and in other major contests.

While all that is taking place in the world, one would expect that investors would be shying away from Wall Street and would dump a stock market that seems filled with risk and overwhelmed by mediocre national economic numbers.

Yet, the Dow and S&P continue to hover near all-time highs. Yes, when a passenger plane was downed, likely by anti-Ukraine government and Russian-backed forces, the market took a brief dive. But even with airports closed in Israel and Iraq slowly headed toward semi-implosion, quarterly earnings reports have generally ruled the day on Wall Street.

The fact that more companies have found more ways to squeeze a penny out of their customers, vendors or employees has completely overshadowed obvious foreign aggression by former foes and increased aggression by longstanding ones against the United States and those with whom we are thought to be allies.

Make no mistake; there is nothing wrong with corporate profits. In fact, another deepening issue in this nation is the manner in which Americans are being told, through endless media reports, that wealth is evil and that, ultimately, a major additional move toward government-engineered redistribution of that wealth is necessary.

But even with its own existence being challenged by attitudes, executive orders and new federal regulations for the corporations in which they invest, the investment community in America is content. The "bulls" continue to run on Wall Street.

And in many ways those hoping for a change in direction politically this year might want to ponder why the stock market keeps getting the equivalent of "landslide" victories in the face of so many obvious problems. Might not the electorate in America take the same approach this November?

Yes, it goes against all common sense and conventional wisdom to imagine that critical swing states won't witness a revolution by voters tired of seeing their nation lose respect on the international front. It seems unimaginable that voters would not flood the voting booths after having endured one of the least bountiful but one of the longest-running recoveries from an economic recession in history.

Obamacare alone, with its wretched approval ratings, would seem more than enough to bring out the masses and elect Republicans in races that are competitive.

But Republicans had better wake up and recognize that, unless they abandon their tired and old political techniques and light a fuse under their shrinking base, they may well see Democrats receiving the same treatment that the stock market has enjoyed when Election Day arrives. Political "stock" that should be falling could instead be receiving another round of "investment" by voters, likely mesmerized by momentary issues that overshadow long-term and much more significant problems.

If you don't believe me, just look at states where Republicans should be, in light of our national circumstances and past voting histories, leading their Democrat opponents. In North Carolina polls show Democratic Sen. Kay Hagan leading her Republican opponent. In Louisiana, the latest poll shows the incumbent Sen. Mary Landrieu leading as well. Then there is Georgia, a state dominated by Republican-elected officials, but one in which the most recent polls show both the Republican incumbent governor and U.S. Senate nominee trailing their Democratic opposition.

Republicans must not only find a way to inspire their faithful to go to the polls in November but must also find ways to overcome issues of wealth disparity and the so-called "war on women" or risk having the overarching issues of the day overshadowed by momentary matters. Complacency is the GOP's enemy. If nominees allow themselves to be painted as out of touch with "the middle class" or female voters, then Democrats, like the financial markets, could continue to ride high.