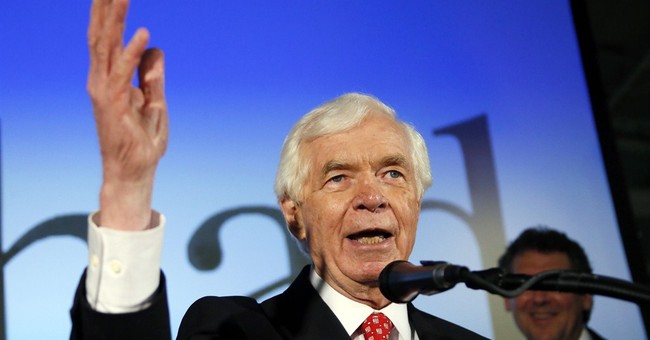 Most of the battles to determine Republican nominees in the GOP's quest to take control of the U.S. Senate this year have been decided. On July 22, Georgia, considered to be a rare potential gain by Democrats, will hold its GOP Senate runoff election. Regardless of the winner, some GOP intraparty battles will likely close not only in that state, but throughout the nation.

As the contests for various GOP Senate nominations began around the country earlier in the year, many pundits viewed the contests as simply a test of "tea party candidates" versus the "GOP establishment."

Some contests were just that, with each side claiming some victories. And there are still some residual bitter feelings for a few of those who lost. Most notable is Mississippi, where Chris McDaniel's closest supporters are continuing to claim the election was "stolen" by forces who favored winner Thad Cochran.

But the wishful thinking of most Democrats and many pundits did not come to pass.

In most states where Republicans have a chance of replacing sitting Democrats in the U.S. Senate, the GOP nominee has potential for broad appeal to not only conservatives, but among moderates who have lost faith in President Barack Obama and many of his policies.

There could be no better example of the direction Republican voters and activists are taking as we head toward November than in the fight to replace retiring incumbent Republican U.S. Sen. Saxby Chambliss in Georgia.

Make no mistake; both the primary election among a host of candidates and the ensuing runoff between Congressman Jack Kingston and businessman David Perdue were bruising and tough. But that's what all political contests are these days. Even as Kingston and Perdue reach the end of their contest, the negative ads abound. But the fight is not one over tea party credentials. Instead it has become more of a long-tested battle of one who has been a longtime elected Republican "stalwart" and one who brings "an outsider's" perspective to the contest.

Surprisingly, and contrary to what many expected, being a so-called "Washington insider" has proved in many GOP contests not to be the detriment that was first expected going into this year. In Georgia, the same may well be the case.

Kingston served in his state legislature for many years and has been a member of Congress since 1993. The Savannah resident was a part of Newt Gingrich's "Republican Revolution" of the mid-1990s and has risen to high levels in the Republican-controlled House of Representatives, where he is well-liked by colleagues.

His opponent, David Perdue, has led major national corporations and has run an amazingly strong race for a newcomer to statewide elected politics.

Most of the polls indicate that Kingston leads the race, although Georgia's odd open primary rules, and its electorate's increasingly notorious lack of appetite for actually voting, makes the race a hard one to call.

Still, the themes of the race, and indeed the players backing the various candidates, debunk the concept that Republican voters will be so obsessed over "tea or no tea" as to somehow boycott nominees who like their politics hot and with sugar, or prefer something else in their cup. Kingston has managed to collect the support of many leaders of the various tea party organizations in the state. This is despite the fact that he has strong backing from "the U.S. Chamber crowd," often viewed as enemies of the tea party movement in other GOP contests this year.

Perdue, ironically, is viewed to be the candidate supported by many of the so-called "silk stocking" Republicans who admire his rise to national CEO stardom and his willingness to seek office. He has his endorsements as well, including one from businessman turned presidential candidate Herman Cain.

But in this race for every Herman Cain who supports Perdue, there is a Newt Gingrich who has endorsed Kingston. Whether the winner is frontrunner Kingston or dark-horse Perdue, both will likely enjoy a unified GOP electorate as they face a strong Democratic nominee, Michelle Nunn, in November.

That must be the case for Republicans and conservatives in every state with a contested battle for the U.S Senate this year. Without a united effort and strong voter turnout, the Senate could remain in the hands of the Democrats.