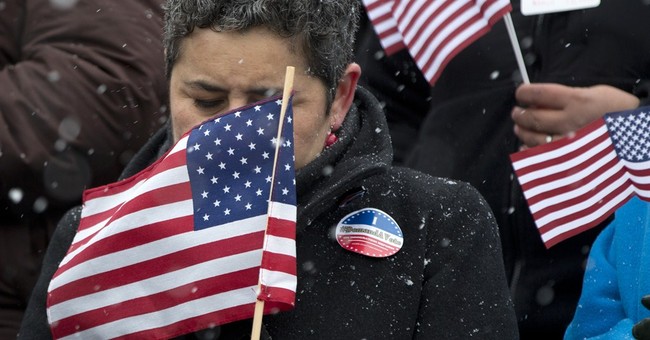 For those who follow politicians, political pundits and the media, it seems as we head into the more intense portion of this election year, that a few aspects of the "game" we call politics and the coverage of it be exposed. So here is the truth about politics in 2014 and how it is reported, analyzed, twisted, contorted and created.

— Most people don't know who various politicians are and don't care until just weeks before an election. It must be hard for all of the big shots in D.C. who strut about like bantam roosters to face the reality that the average person in America has better things to do than sit at home and focus on what their leaders in Washington, or even at the local state capital, do or say. It used to be a big deal to be a Congressman or U.S. Senator, but in today's world, only older voters consider a position in elected office to be one of honor. Unless someone is a political junkie or part of a chamber of commerce, people just don't focus on politicians.

— Most campaigns are run either by young political operatives who luck into a victory or by consultants who handle a multitude of races and try to pretend that they understand the political flavor and opinions of every area of the nation. They don't, and consequentially most candidates run silly TV ads and give more of the money they raise to consultants and pollsters than they ever should.

— While on the subject of polls, most pollsters who work for candidates or parties are just plain lousy. They give their clients numbers that they want to hear, which really does no favor to their candidate or cause. It's sort of like hiring a doctor to x-ray you and tell you that you don't have cancer while a huge tumor is plainly in sight. Either the doctor is incompetent or just wants the patient to keep following his advice until it's too late and the situation is terminal. And as for the "medical tools" of partisan pollsters, consider the fact that most of these D.C. bandits continue to provide candidates and cause poll results with 50 or 60 questions attached. In this day and time only the loneliest of lumberjacks or forest rangers stuck in some sky-high observation post would take the time to answer a 60-question survey. And these pollsters now claim that a good percentage of their surveys are answered by folks with cellphones. That's a farce. When have you noticed a cellphone user intently listening to their phone and carefully answering 60 or so questions? It just doesn't happen, or if it does, the respondent is likely a kook.

— Most politicians, Republican or Democrat, are full of it and so obsessed with themselves and their little world of fellow powerbrokers that they could care less what you think. Cynical? Oh, yes. True? Absolutely. It's really the nature of the beast. Most have aides who serve as gatekeepers who carefully make sure their leader only meets with the people he or she wants them to meet with. Hence they slowly lose touch with the real world.

— Even pundits and writers are, to some degree "full of it." For example, I often write the most extreme version of my thoughts because it makes for better copy and gets folks riled up, like the fellow last week who wrote a really good imitation of Jack Nicholson's crazy character in the movie "A Few Good Men." It's not that I'm disingenuous in what I write, it's just that I don't let Barack Obama or NSA leaks or most of the issues I write about ruin my day. And neither do most sane pundits and columnists I know.

— And finally, yes, most of the media is still liberal. But as liberal as they might be, they don't like being made a fool of. Hence the increasingly tense relationship between the press and the Obama White House, an administration that has put a whole new meaning to the concept of "managed news."

And like it or not, as the late Walter Cronkite would say, "That's the way it is." So, as you consume your political news and chosse your leaders this year, as they say, "let the buyer beware!"