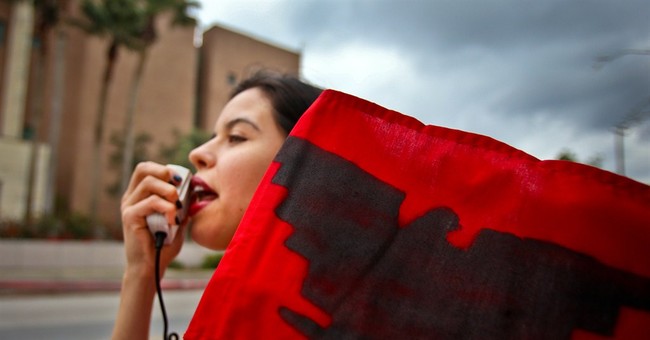 Immigration remains a major issue across the country, but in Texas, it's not just a political football. Border security is a top priority this legislative session.

In his State of the State address, Gov. Greg Abbott made it an emergency item, Lt. Gov. Dan Patrick consistently campaigned on the issue, and both the Texas House and Texas Senate are advancing their own legislation.

Last summer, the crisis of unaccompanied minors on the southern border led then-Gov. Rick Perry to surge resources to the region, since the federal government refused to respond to the crisis. Perry later called up the Texas National Guard to provide an additional monitoring capability.

A month ago, it appeared that the House and Senate, through their leaders, had a difference of opinion. Patrick wanted to keep the Texas National Guard on the border, while House Speaker Joe Straus signaled that he did not, but would defer to the governor.

This difference of opinion was also reflected in the line item for border security in the House and Senate budgets, which were about $300 million apart over the next two years.

Abbott resolved the difference by taking a middle path: The Texas National Guard would remain on the border until Abbott's border security plan was implemented.

So on what issues do the Texas House and Texas Senate agree?

Legislation in both houses:

- Requires DPS to consider the feasibility of assisting federal authorities with international checkpoints.

- Adds aggravated promotion and compelling of prostitution to the state's wiretap statute.

- Calls for the development of a Transnational Intelligence Center to collect real-time criminal activity along the border.

The Senate bill supports the deployment of the Texas National Guard to the border, while the House bill does not. Additionally, only the Senate bill establishes a multi-use, multi-agency training center.

Only the House bill requires DPS to assist local agencies with offenses punishable as a third-degree felony, allows DPS to accept applications from veterans with four years of military service and creates a "State Law Enforcement Operations Oversight Committee" with general investigating powers.

The House bill, authored by Republican state Rep. Dennis Bonnen of Angleton, passed March 18 by an overwhelming vote of 131-12, with a cost of $4.1 million through the next biennium.

The Texas Tribune's Julian Aguilar summed up the bill by writing that it "would increase over two years the number of Texas Department of Public Safety officers on the border, establish a catchall intelligence center in Hidalgo County to analyze border crime data and create a voluntary corps of retired DPS officers to bolster the agency's ranks.

"It would also increase penalties for human smuggling, and require DPS to study the usefulness of southbound checkpoints within 250 yards of the border to screen for guns and illicit cash headed to Mexico."

The state is stepping in to address border security because the federal government has not.

The question of whether the state's spending on border security will be reimbursed by the federal government has not been answered. In December, then Gov.-elect Abbott formally sought reimbursement for hundreds of millions of dollars in border security spending from the Obama administration.

These legislative matters occur while a legal battle over President Barack Obama's executive action has been temporarily halted by a federal judge in South Texas, and will likely be decided in the next year by the U.S. Supreme Court.

This legislative session, Texas is creating a national model for border security that will fill the gaps in the incomplete system managed by the federal government.

A willing and serious partner in Washington would make a huge difference. If that's too much to ask, then reimbursement for our efforts certainly would be appreciated.