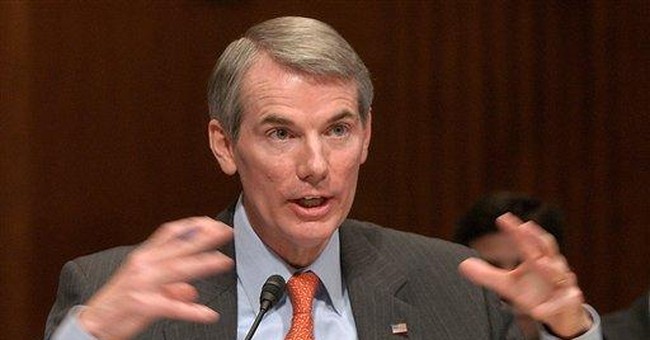 How to rate the four finalists? Consider five criteria, listed in order of presumed importance to Romney:

1) Risk - In a post-Palin political world, the Hippocratic Oath of "first, do no harm" comes to mind. Of the four finalists, Portman and Pawlenty have been the most thoroughly vetted and thus offer the lowest risk (and perhaps the least excitement). No major controversies were uncovered during Pawlenty's GOP presidential campaign. Portman ran statewide in Ohio and was twice appointed to cabinet-level positions in the Bush administration, surviving the White House vetting process and Senate confirmation twice with flying colors. Jindal is not as well known nationally, but his resume is remarkable: Rhodes Scholar, health policy expert, Louisiana State University chancellor, congressman, two-term governor. However, his State of the Union response in 2009 was widely panned, leaving the lingering perception that he is not ready for prime time. Ryan, who was shamelessly demagogued for his 2012 and 2013 budgets, would saddle Romney with that political baggage and has never been elected to anything other than Congress. Moreover, both Jindal and Ryan are young.

2) Geography - No major-party candidate has won the presidency as a result of his vice presidential candidate swinging a major battleground state since Lyndon Johnson won Texas for Kennedy in 1960. For Romney, though, choosing Portman or Ryan could help him carry Ohio and Wisconsin, respectively. Romney must win Ohio, and Portman, a former congressman from Cincinnati who easily won election to the U.S. Senate in 2010 after running one of the best campaigns of the cycle, would help. Wisconsin appears to be competitive in light of a great 2010 cycle and the striking victories by Gov. Scott Walker this year in a series of recall elections. Ryan is in a swing district with a party registration disadvantage, but he consistently wins with over 60 percent of the vote. Pawlenty likely cannot put Minnesota in play, but his working-class background could sell in midwestern battleground states. A Southerner, Jindal would change nothing about the map.

3) Relationship - Of the four finalists, only Jindal endorsed someone else (Rick Perry), yet all have campaigned publicly for Romney, served as Romney surrogates, raised money for him and been team players since Romney wrapped up the GOP nomination in April. Pawlenty appears to have ingratiated himself with Romney as a low-maintenance, easygoing teammate. Portman was seen as a crucial part of Romney's critical and narrow victory in Ohio and has been a trusted adviser to the Romney campaign for a long time. Ryan, more policy wonk than political animal, recently stepped up his assistance to the campaign and appeared to click with Romney during Wisconsin rallies earlier this year.

4) Governing - The strongest governing choices are Ryan and Portman. Ryan knows the budget better than anyone and has personally authored two budgets as House Budget Committee chairman. Portman is widely respected by members in both chambers for his intellect, experience and calm manner. He served as a legislative aide to President George H.W. Bush before winning a seat in Congress, and was appointed White House budget director and U.S. trade representative by President George W. Bush. Former Gov. John Sununu (R-NH), a senior Romney adviser, told National Review's Robert Costa that Portman is a favorite at Romney's Boston headquarters because of his "political diligence, his fundraising prowess and his policy acumen." Pawlenty and Jindal have very limited Washington experience or relationships, but both have credible reform records as governors.

5) Narrative - The media is more powerful today than ever before. As such, Romney's campaign must consider what the narrative will be for each potential VP choice. For Portman, it will be: insider, Bush baggage, experienced, plain. For Pawlenty, it will be: failed presidential candidate lacking charisma. For Jindal it will be: first Indian American on a major-party ticket, conservative, young. For Ryan, it will be: austerity.

As I said, pundits make predictions. I predict Romney chooses Portman and unveils the before the Olympics in Cincinnati, Portman's hometown. But I'm not wagering money.