The GOP Primary and the Perpetual Call for More Defense Spending 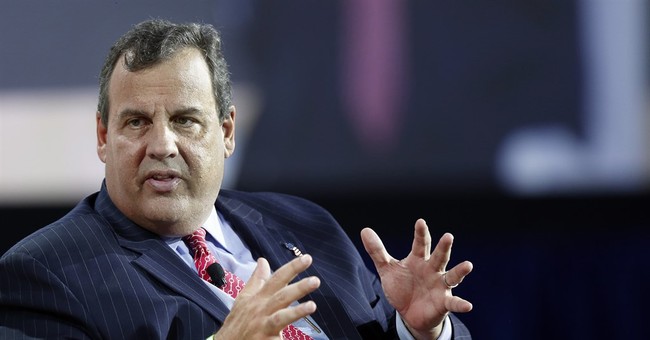 Even attentive policy wonks could be forgiven if they missed it at the recent Republican primary debate. After all the hoopla surrounding Donald Trump died down, and the chest-thumping between Kentucky Senator Rand Paul and New Jersey Governor Chris Christie subsided, several candidates actually answered questions about the U.S. military. Unfortunately, they followed an emerging trend in the GOP’s thinking on defense matters: More.

Even as Democrats tout untenable tax-and-spend schemes on the campaign trail, Republican calls for dramatically higher military expenditures have problems of their own: they are out of step with the country’s fiscal reality and they lack a sufficient vision of the country’s strategic needs.

First, a few of the candidates’ claims need to be addressed. According to former Arkansas Governor Mike Huckabee, the military has been reduced by 25 percent during President Obama’s time in the Oval Office. But force level reductions were to be expected after two manpower-intensive counterinsurgency efforts over the last decade-plus, just as they occurred under Eisenhower, Nixon, and George H.W. Bush when conflicts under their presidencies wound down.

Christie argued that the Navy should expand to 350 ships, overlooking Congressional Budget Office estimates that even the service’s current 306-ship plan requires much higher funding than the norm for the past several decades. The New Jersey governor offered no outline for how he would make up for the shortfall. His

proposed reforms to entitlement programs are laudable, but the resulting savings will only materialize gradually.

Nor did Huckabee and Carson explain how they would pay for more defense spending. Even Huckabee’s 2008 proposal to boost defense outlays would have swamped the considerable budget savings for the FairTax plan he endorsed, which would abolish the IRS. Carson’s support for a Balanced Budget Amendment to the U.S. Constitution would be very helpful in setting priorities, but so far he has not articulated those priorities in detail.

Just as critically for a party that prides itself as being serious on national defense, calls for “more” are rarely strategic needs. Louisiana Governor Bobby Jindal, for instance, has backed a “floor” for yearly defense spending at 4 percent of our Gross Domestic Product (GDP), arguing that this level would still be much less than what we were spending in other postwar periods.

But this fails to account for the fact that GDP has often grown far faster than inflation or wages. Defense spending today is lower as a portion of GDP than it was during the Cold War, but the Pentagon’s average yearly budget during that same time was $45 billion less than this Budget Control Act spending limit when adjusted for inflation. An expanding economic pie means we can still have a robust defense without keeping its slice of the economy at some artificially determined size.

combined in 2014. Twelve of those countries are allies, partners, or otherwise on friendly terms with Washington. Russia and China combined spent less than $200 billion last year.

Our military’s challenges right now have less to do with how much it spends, but how it spends. The Pentagon remains the only federal entity that has not passed a financial audit. Meanwhile, the F-35 multirole fighter aircraft and the Littoral Combat Ship remain behind schedule and billions over budget. Military compensation costs have risen by more than 50 percent (adjusted for inflation) between 2001 and 2012. The Army and Air Force pay for excess facility capacity that was 18 and 33 percent, respectively, above their needs. And the department’s outdated strategic planning system ensures the services continue to pursue expensive Cold War platforms, even as potential adversaries pursue far less expensive, asymmetric capabilities to counter them.

Fiscal conservatism doesn’t stop at the Pentagon’s doorstep. Indeed, insisting on accountability, stewardship, and value is even more vital with military programs – lives are at stake, those of our brave service people and the civilians they have vowed to protect. Simply increasing the defense budget addresses none of these concerns. It’s time the candidates told us more.