Was ‘Trump 2016’ Prophesied Centuries Ago?

Matt Barber
|
Posted: Mar 27, 2016 12:01 AM
Share   Tweet
The opinions expressed by columnists are their own and do not necessarily represent the views of Townhall.com. 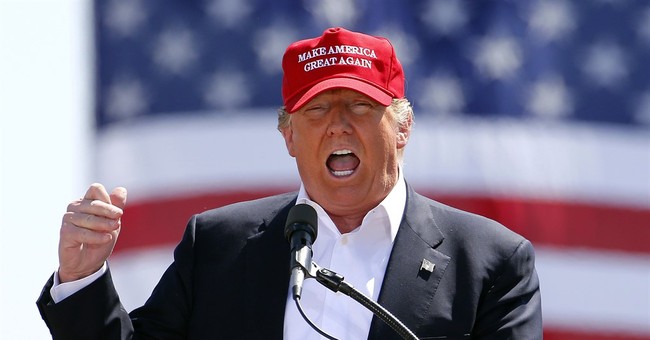 Why would millions of Americans rally behind a Republican presidential candidate who, according to every poll, and at a rate plunge precisely commensurate with the number of times he opens his mouth, has a zero percent chance of winning the general election?

It’s simple. America’s mood is revolutionary – like, in an Emancipation Proclamation kind of way. Our present political climate, an antagonistic cacophony of cultural discord, rage and exasperation by the unwashed masses with our party establishment “better-thans,” is like nothing we’ve ever seen or imagined.

Dutch politician and historian Guillaume Groen van Prinsterer (1801-1876) is credited with what seems an eerily prescient foreshadowing of the bizarre phenomenon that is “Trump 2016.”

“Pent-up anger and long-held frustration due to economic stagnation, moral decay, spiritual impotency, and political corruption,” he opined, “invariably pave the way for the rise of crass manipulators. Instead of a mastery of truth, such revolutionary opportunists tap into fear and rage, ignorance and prejudice, staging great public spectacles of narcissism.”

It’s human nature. Such sense of hopelessness, anger, betrayal and frustration can lead otherwise good people (some of whom I respect and admire) to make very bad decisions – to exercise poor judgment.

Indeed, we’ve moved seamlessly from “Hope” and “Change We Can Believe In,” to “Make America Great Again.” It’s as though van Prinsterer had a crystal ball through which to keep tabs on the Donald’s ivory Trump Tower office suite.

No honest person – though President Obama, a decidedly dishonest person, yet tries – can say with a straight face that we have not entered an era of “economic stagnation.” With trillions in debt, tens-of-millions of Americans dependent on unfunded “social justice” programs, and millions more having given up on looking for work altogether, we’re actually teetering on the precipice of total economic collapse.

Moral decay, spiritual impotency, and political corruption? That’s America 2016 in toto. Since 1973 we’ve sacrificed nearly 60 million of our most innocent fellow citizens at Baal’s altar of convenience and “equality.”

Just this past June we had five radical lawyers on the U.S. Supreme Court thumb their nose at natural law, shake their fist at God and presume to deconstruct and redefine the institution of marriage to include the “especially abominable sin of Sodom.” This, while an increasingly apostate Christian church sat idly by and did little-to-nothing or, worse, affirmatively endorsed this shameful desecration of God’s created order.

I needn’t elaborate on Washington’s systemic culture of political corruption. They no longer even try to fake it. The betrayal has cut to the quick.

Enter Donald Trump – a several-times-bankrupt, big-government globalist, pro-socialized medicine, pro-abortion, pro-“gay marriage,” lifelong liberal Democrat – to save the day. That is, at least, to peddle the right kind of snake oil and bark the right kind of empty “Make America Great Again” platitudes that festering wounds crave and itching ears want to hear.

· “… invariably pave the way for the rise of crass manipulators.”

Crass manipulator? No two words better describe Mr. Trump. Unless, of course, you consider it classy when a leading presidential candidate, an unrepentant serial adulterer, personally attacks his political opponents as “stupid liars,” sleazily suggesting that their wives are ugly (Heidi Cruz is a lovely woman both inside and out), brags about the size of his manhood from the debate stage, or habitually and unapologetically verbally abuses women – somebody’s wives, mothers and daughters – by calling them “pigs,” “ugly,” “fat” or “great pieces of a–.”

Trump recently boasted that he’s “such a good Christian.” Inexplicably, many Christians believe him. Or, at least, they really, really want to.

I pray that someday he will be – that Donald Trump might have a genuine coming to Christ and that, as Jesus told us would happen once he does, he might reflect this transformation in and through the righteous fruits of his words and deeds.

Like each of us, Jesus is Donald’s only chance at salvation.

· “Instead of a mastery of truth, such revolutionary opportunists tap into fear and rage, ignorance and prejudice. …”

That’s all Mr. Trump has to work with – “fear, rage, ignorance and prejudice.” As absurdly demonstrated time and again, he’s completely devoid of substance and, when pressed to articulate even a modicum of evidence that he maintains but a middle schoolers grasp on the issues, deflects the question by personally attacking the questioner with the most shrill, jarring and vulgar of ad hominem name calling.

The man is a political chameleon. Over and over again, he somehow gets away with wholly reversing himself on any given position, on any given issue, on any given day – sometimes within hours of making a completely contradictory, and often incoherent, position statement.

Even so, to his cult of personality, the Trumpster remains the Teflon Don.

As contemporary political figures go, and second to Barack Obama alone, Donald Trump represents the caricature of wounded narcissism (a self-centeredness that likely stems from insecurity). You needn’t ask, but he’s all too happy to tell you anyway. “I am a really smart guy,” he constantly reminds us. “I’m intelligent. Some people would say I’m very, very, very intelligent.”

I don’t doubt it. History has shown that “crass manipulators” and “revolutionary opportunist,” as van Prinsterer called them, are, generally speaking, very intelligent.

Of the Dutch historian’s seemingly prophetic statement, columnist and Pastor John Kirkwood asks, “Prescient or just discerning? This [the Trump phenomenon] couldn’t come true if it were not for the decline of the conservative mind. This couldn’t be happening if it were not for the faithlessness of the believer. Yet, we stand in judgment over other nations that have been conquered by fear, rage, ignorance and prejudice, and in our hubris exclaim, ‘It could never happen here.'”

Yet here it happens.

And what of the “faithlessness of the believer”? What of this demonstrably incongruous wave of Christian support for Donald Trump?

Van Prinsterer might have blamed it on widespread “moral decay” and “spiritual impotency.” I mostly agree.

Still, for the church, at least, and insofar as concerns many Christians’ wayward support (in my view) for this man of the world, I think the phenomenon can more precisely be described as “moral indifference” and “spiritual adultery.”

It’s a lack of faithfulness – a trusting in the things of this world, rather than in the promises of God.

“Adulterers and adulteresses! Do you not know that friendship with the world is enmity with God? Whoever therefore wants to be a friend of the world makes himself an enemy of God” (James 4:4).

It’s better not to hedge your bet with the Creator of the universe.