An Interview with the ‘Progressive’ Mind 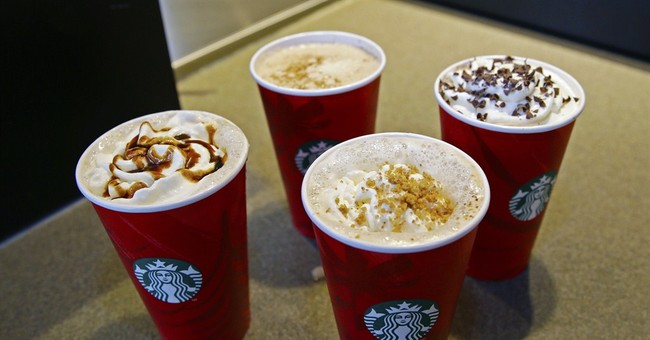 To the limited extent they actually do, have you ever wondered how so-called “progressives” think? The progressive mind – let’s call it, “Progressy” – collectively hovers, like the Hindenburg, in that fantastical realm, that manmade utopia in waiting, that “fundamentally transformed” world that might only be, if …

Hitler got it mostly wrong, Stalin, somewhat right, and Mao, with his “Great Leap Forward,” warmer still. Marx and Engels were red-hot-close, but, they, too, missed the mark, if only by an inch. Today’s hipper, gentler, more progressivish progressives are confident that, if we’d only give them another shot, they’d finally get right what the others got wrong.

Then again, à la Barack Obama and true to form, since there’s no way in hot hell any rational person will give them that shot, they’ll just take it anyway.

I recently caught up with Progressy, iPhone in hand and sipping a Cinnamon Dolce Latte at a packed SoHo Starbucks between angry and aimlessly incoherent protests against the evil corporatocracy. He/she/ze/it graciously agreed to sit down and give me a brief, though refreshingly unguarded, interview.

MB: The Declaration of Independence is America’s founding document. Tell me what you think of it.

Progressy: It’s crap. It’s not worth the parchment it’s written on. Selfish nonsense about “unalienable rights” given by some “creator” who fashioned “mankind” in “his own image” is the stuff of grand superstition. “Life, liberty and the pursuit of happiness?” Try choice, equality and the pursuit of pleasure. Rights come from government, not some imaginary god. Ideas about pre-eminent worth of the individual have, over the years, simply proven too harmful in efforts to advance the greater good of the collective in all its identifiable, divisible and perpetually put-upon subgroups. The Declaration’s sister document, the U.S. Constitution, has to go as well. They’re both outdated and completely at odds with progressive thought. As such, they must be circumvented, if not completely ignored, at every opportunity.

MB: The term “gender neutrality” is in the news a lot lately. Care to comment?

Progressy: Is a wild bear Catholic? Antiquated notions of “traditional marriage” and the “nuclear family,” along with the biblical canard that children should “honor” their “father and mother,” are totally problematic on several counts. First, such binary and heterosexist expressions are offensive and discriminatory on their face. In a sexually androgynous world with manifold sexual orientations, gender identities and familial make-ups, exclusive language like “father” or “mother,” “husband” or “wife,” are an affront to overall inclusivity and gender neutrality. In an effort to ensure the genderless society that fairness demands, and to fully safeguard unconditional sexual equality, these terms, along with “mom” and “dad,” must be abolished.

MB: The Supreme Court has opined that “gay marriage” is now a constitutional right. But studies show conclusively that kids do better with both, er, an, um – with a biologically male and a biologically female parent. Don’t kids deserve what’s best for them?

Progressy: No! This isn’t about kids and what’s “best” for them! This is about LGBTQQIAAP rights! It’s about fundamental fairness. The historical nuclear family structure supposes some sort of paternal hierarchy that belittles the child and violates its right to self-determination – particularly when it comes to matters of sex and sexuality. Christianist moralism and dogmatism have, for far too long, forced children to suppress their inborn polysexuality, discouraging childhood sexual experimentation and exploration with members of the vast rainbow of gender identities and sexual orientations – or, for that matter, all identities and orientations at once. Furthermore, such repressive parental constraints deter intergenerational intimacy. As firmly established by scientific and academic consensus, adult-child romance offers men, women and children alike a rich opportunity for sensual growth. After centuries of persecution and knee-jerk criminal prosecution of minor-attracted persons, such sexual relationships are being shown to both nurture and expand children’s physical and emotional horizons and, thusly, should be encouraged. Ultimately, religiously based patriarchy and parentally forced sexual repression and closed-minded moralizing and bigotry have proven responsible for a host of societal ails. Its draconian moralism versus gentle relativism; closed-minded intolerance versus tolerance and love. Quite naturally, and in the values-neutral world of the 21st century, love wins!

MB: Wow. I’m just not really sure how to even respond to that. Moving on: What’s next for marriage equality?

Progressy: Now that the same-sex marriage battle is ending and marriage equality is becoming recognized worldwide, we expect things to quickly change for the better. To ensure full marriage equality, it logically follows that all other arbitrary and discriminatory restrictions placed on marriage should be lifted and, believe me, they will. At long last we will one day soon have a world that fully recognizes civil rights for all sexual minorities. Polygamous, incestuous and intergenerational love will be legalized, even celebrated. LGBTQQIAAP people will finally achieve full sexual liberation at the global scale.

MB: Some say that the main goal of progressives was never “marriage equality,” but, rather, to undermine the very institutions of marriage and family. How do you respond to them?

Progressy: Well, duh. The very idea of marriage and family is offensive and obsolete. The whole point of marriage equality is to faze them out – to attack the patriarchy. You mentioned studies. Well, studies have shown that traditional marriage and the nuclear family structure have the harmful effect of both challenging and diminishing government authority. If anything and everything, any combination of people or peoples, young, old, male, female, related, unrelated, two to 100, can constitute marriage and family, then what need will there be for marriage and family at all? Since original marriage, “traditional marriage,” so clearly undermines progressive state authority, it stands to follow that the family must be rendered meaningless.

MB: OK, Progressy, thanks for your time today. It’s been illuminating. Looking forward to the anarchy. Happy world domination.