‘Be Prepared’: ‘Gay’ Men with Boy Scouts in Tents 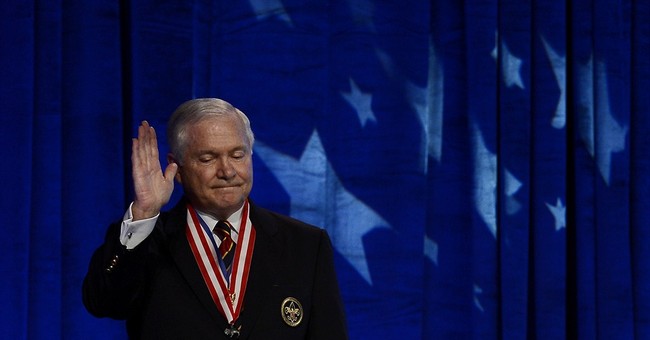 I said it was coming. Many of us did. Two years ago this week the Boy Scouts of America voted to welcome into its ranks “open and avowed” homosexuality (boy-on-boy sexual attraction and behavior), thereby disavowing the “morally straight” Scout Oath its members are sworn to uphold.

Shortly thereafter I warned, “In so doing, the [Boy Scouts of America (BSA)] effectively waived the only legal defense it once had to preclude openly homosexual Scout leaders and gender-confused girls from its ranks: religious and moral conviction. It’s only a matter of time until the BSA is forced to capitulate to sexual extremists’ political demands and allow homosexual adults – men who define their identity based upon carnal appetites for other males – to take your boys on overnight camping trips.”

It’s happened. On Thursday BSA President Robert Gates announced that the organization’s unconditional surrender to the homofascist left is forthcoming and that the BSA will soon invite men who have sex with males (MSM) to become troop leaders. “The status quo in our movement’s membership standards cannot be sustained,” Gates disingenuously claimed, indicating that to maintain the BSA’s century-old proscription on “out” homosexual men would spell “the end of us as a national movement.”

This, of course, is hyperbolic nonsense and simply reflects a continuation of Gates’ long-standing pro-homosexual activism. While serving as secretary of defense he both advocated for and oversaw the implementation of the full repeal of the military’s “Don’t Ask Don’t Tell” policy. This has effectively homosexualized the U.S. military, resulting in rampant anti-Christian discrimination and an explosion (a 33 percent spike) in male-on-male homosexual assaults. Does any honest, sane, thinking person imagine that a comparable increase in homosexual assault will not befall the Boy Scouts?

Michael Brown, Ph.D., is an expert on both homosexual activism and the disordered behaviors that define the homosexual lifestyle. He is author of such books as, “Can You Be Gay and Christian?” and the upcoming “Outlasting the Gay Revolution: Where Homosexual Activism Is Really Going and How to Turn the Tide.”

In an interview with WND, Dr. Brown said that he “believes if the Boy Scouts accept openly homosexual leaders, they will cease to be a positive moral force in the lives of American boys.”

The BSA has already been plagued by a long history of man-on-boy homosexual assaults perpetrated by closeted Scout leaders. The shocking extent of the abuse has only recently been exposed as the BSA has worked hard to cover up the scandal.

Parents, the BSA is about to place political correctness above your child’s safety to a level unprecedented in the once-honorable organization’s long and storied history. This is not an opinion. It’s an empirical, quantifiable certainty.

(View this shocking hidden-camera footage of “gay” men admitting that they weren’t “born that way,” but that they were “made that way” through childhood sexual assault.)

The connection between homosexual abuse and “gay identity” is undeniable. Although clearly not all “gay”-identified men and women abuse children, or were abused as children, the verifiable reality is that an alarmingly high percentage of them do and were. As with most forms of abuse, the cycle is both circular and vicious. “Born that way?” Not so much. “Made that way?” Sadly, it appears so.

Yet the BSA will not let facts get in the way of its extremist sexual agenda. “We must deal with the world as it is, not as we might wish it to be,” Gates said on Thursday.

Absolute garbage. This is not the world as it is. This is a world of the secular left’s making. I will again predict here that the BSA will soon open its ranks to sexually confused girls. Earlier this month the Girl Scouts of America similarly announced that it will allow boys pretending to be girls to join its ranks.

Parents, you’ve been warned. If you leave your children in the Boy or Girls Scouts of America, anything that might happen is on your head.

Dr. Brown agrees: “Given the new direction of the Boy Scouts, Brown urges parents to seek out an alternative,” reports WND.

Urged Brown: “Now would be a great time to find out more about the Christian boy scouts alternative, Trail Life USA.”

Indeed, Trail Life’s Membership Standards state, without equivocation, “The basis for the program’s ethical and moral standards are found in the Bible. In terms of sexual identification and behavior, we affirm that any sexual activity outside the context of the covenant of marriage between one man and one woman is sinful before God and therefore inconsistent with the values and principles of the program.

“Within these limits, we grant membership to adults and youth who do not engage in or promote sexual immorality of any kind, or engage in behavior that would become a distraction to the mission of the program.”

“It is tragic that the BSA is willing to risk the safety and security of its boys because of peer pressure from activists groups,” he said. “Trail Life USA remains committed to timeless Christian values.”

And the BSA remains committed to child-endangerment and extremist sexual activism.