Congress Should Not Pass But Repeal Hate Crimes Laws 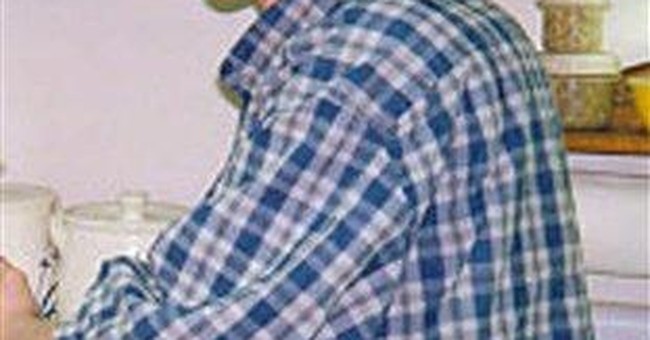 The U.S. Senate is preparing to vote any day on S. 909, a "hate crimes" bill that would grant special preferred government status to a select few citizens based on the behaviorally driven, fluid and undefined concepts of "sexual orientation" and "gender identity," while expressly excluding other citizens.

When the House version of the bill, H.R. 1913, was being considered, Rep. Louie Gohmert, Texas Republican, and Rep. Steve King, Iowa Republican, attempted to curtail its inherently discriminatory nature and make it more inclusive by offering an amendment to add other identifiable groups such as veterans, the elderly and the homeless. The bill's sponsors inexplicably shot them down without explanation.

This underscores the fact that all hate-crimes laws, both state and federal, inarguably advance "unequal" protection of the laws. This flies in the face of the 14th Amendment to the U.S. Constitution.

Lawmakers on both sides of the aisle - in Washington and around the country - should not only reject S. 909, but should also begin working toward repeal of all state and federal hate-crimes laws.

All violent crimes are "hate crimes." Ever known anyone cracked upside the head in love? There may have been a time when hate-crimes laws were temporarily necessary, but that time has come and gone. When the 1968 federal hate-crimes bill passed, there were multiple and verifiable cases of local prosecutors refusing to indict whites for violent crimes committed against blacks. This was the justification for the law at the time.

We've moved well beyond those days, and FBI statistics bear out that reality. In today's America, every citizen, without fail, is both guaranteed and granted equal protection of the law regardless of race, religion, gender, disability, sexual orientation, gender identity, dominant hand, favorite color or "American Idol" pick. This renders all extraneous hate-crimes laws woefully obsolete and fatally discriminatory.

Consider that according to the latest FBI statistics, out of 1.4 million violent crimes in 2007; there were a mere 247 cases of aggravated assault (including five deaths) reportedly motivated by the victim's sexual orientation or gender identity. There is zero evidence to suggest that, where appropriate, perpetrators were not prosecuted to the fullest extent of the law in every instance.

To prove the point, one need only look to the most famous supposed hate-crimes victim of all, Matthew Shepard. The two meth-strung thugs who killed Mr. Shepard are currently serving life sentences for their crimes in the complete absence of any hate-crimes laws. Yet in a bizarre twist, S. 909 is nonetheless cited as the "Matthew Shepard Hate Crimes Prevention Act." Can supporters not see the irony?

Rather than continuing down the wrong path and creating new hate-crimes laws that unfairly favor whichever boutique special-interest group screams the loudest, we should move toward inclusion and equality for all Americans. We should look to the future instead of the past. We should both reject S. 909 and repeal all outdated and discriminatory hate-crimes laws.

Both sides of the S. 909 debate can come together. Nothing is impossible. This is the perfect compromise. Hate-crimes laws are divisive and unnecessary. The war over S. 909 is tearing people of good will apart rather than bringing us together. Instead, let's increase enforcement of existing criminal laws and enhance penalties for all violent criminals across the board, regardless of who the victim might be.

As S. 909 supporters might agree, now is the time to promote inclusion, not exclusion - to embrace diversity, not discrimination.

The ball's in their court.