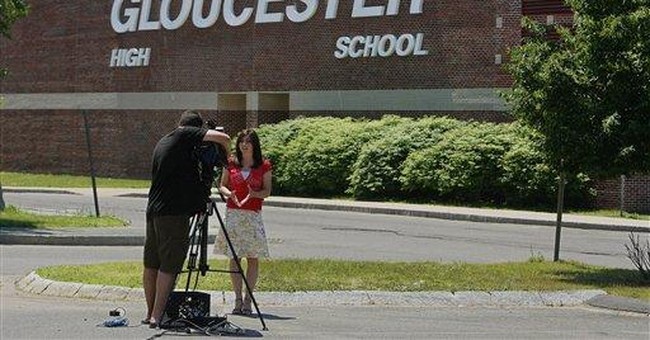 It’s the battle cry of the modern American Left when arguing for everything from assault weapons bans to Head Start funding to a State Children’s Health Insurance Program that would serve an awful lot of adults. Liberals, in their wisdom, believe the children are our future, and we should teach them well and let them lead the way.

Fair enough, but when liberal politicians and labor unions begin quoting from the pop prophet Whitney to justify their policy positions, the proper response from millions of American schoolchildren should be something from the catalogue of another popular ’80s songstress: “What have you done for me lately?”

Unfortunately for students, that’s not the end of the story. Just ask the kids attending Washington, D.C., public schools where some of the nation’s highest per-pupil expenditures (between $8,000 and $9,000 per student) and lowest student-to-teacher ratios have created one of the most reliable educational failures in the nation, with higher drop-out rates and lower test performances than most places with far fewer funds.

Part of the problem in D.C. is that local leaders equate progressively higher budget allocations with actual progress:

“This fits in line with what we’ve been saying since Day One. ... We want to make sure the money gets to the kids,” said D.C. Mayor Adrian Fenty in January, when asking for another hike in school funding.

Frank Wells, principal of one of the lowest-performing high schools in California—Locke High School in South L.A.—was interested in the latter, and it almost cost him his job thanks to pressure from the local teachers’ union and the school district.

“It is criminal to allow a school to continue on year after year, the way this one has … Nothing is going to change in the lives of [Locke’s] kids unless we do something revolutionary overnight,” Wells said in a speech that was followed shortly by the school district temporarily relieving him of his duties. The L.A. school board ultimately voted to allow the Green Dot charter school organization to take over at Locke High School.

“The more you fail, the more money they throw at you,” he said. “We’re filthy rich; I don’t want any more of your money. Send me quality teachers.”

At the nation’s charter schools, cash is not a substitute for compassion. In exchange for avoiding the bureaucracy and red tape of the traditional structure, these schools are held to a higher academic standard with consequences. If the schools don’t teach and kids don’t learn, they are shut down.

Charter schools in minority areas show even greater promise, according to a 2004 study by Harvard economist Caroline Hoxby:

It’s not as counterintuitive as it sounds. It is precisely challenging student populations that require the innovative methods and special attention charter schools can provide.

It’s already worked wonders at Atlanta’s Tech High School, which was started four years ago by Georgia’s conservative think tank and opened without a nasty political fight thanks to backing by a bipartisan team of well-respected politicians.

Tech High School has all the hallmarks of a low-performing high school—except the actual grades. Now graduating its first class of seniors, 70 percent of its population is eligible for free or reduced lunch, and it gets only about 70 percent of the funding per student that the rest of Atlanta’s public schools get.

“A lot of our students said they couldn’t learn where they were,” said then-Tech High CEO Barbara Christmas in 2005. “It shocked them to see how much they didn’t know.”

Since then, a mixture of motivated teachers, high expectations and special attention has catapulted those same students to the top of the pile in Georgia. Their end-of-grade testing reveals that they solidly outperform Georgia schools of the same demographics and come out in the top echelon of Atlanta Public Schools and on par with average scores across Georgia.

Georgia’s 71 charter schools met federal requirements for progress in testing this year at a rate of 85 percent and graduated 90 percent of their students, but there remains resistance. Local school boards rejected 25 of 27 charter school applications in 2007.

Not all charter schools are as successful as Georgia’s. Ohio’s charters were subjected to a crackdown from the state government in 2007 when their spotty records forced evaluation by a new Democratic administration. Some have theorized that Ohio’s open charter school laws allowed too many schools to open too quickly without enough oversight.

Labor unions and liberals point to Ohio’s troubles as proof that charter schools are untrustworthy, but the very fact that there are consequences for their failure is a reflection of what can make them more effective than public schools with no such worries.

Charter schools are just one piece of the education reform puzzle, but it’s incumbent upon conservatives to point out to our liberal friends and local teachers’ unions that the gifts of accountability, flexibility and innovation have often proven better “for the children” than that greatest of inefficient liberal gifts—a huge pile of cash with no strings attached.

This article is from the May issue ofTownhall Magazine.  To subscribe to twelve issues of Townhall Magazine and receive a free copy of Andrew McCarthy’s Willful Blindness:  A Memoir of a Jihad, click here.