Why Is Communist Disinformation Being Taught to Portland Eighth-Graders?

Mary Grabar
|
Posted: Jan 16, 2020 12:01 AM
Share   Tweet
The opinions expressed by columnists are their own and do not necessarily represent the views of Townhall.com. 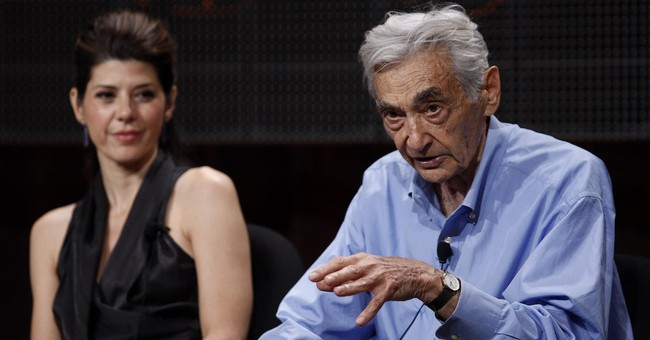 For nearly 40 years, American students have been taught about their country’s history with communist disinformation by a historian who was a onetime Communist Party U.S.A. member and a lifelong promoter of communism.

This is Howard Zinn’s A People’s History of the United States, which has sold over 2.6 million copies since its publication in 1980. It is the textbook of choice for Advanced Placement U.S. history courses in high schools, is used in college history and education courses, is packaged into free, downloadable lessons for K-12 teachers by the Zinn Education Project, is quoted extensively in school books, and is used (in a “young people’s” version) by all eighth-graders in the public schools of Portland, Oregon, an Antifa hub.

Zinn is not, as some describe him, one of the new “conflict historians” (as opposed to the old “consensus historians”). Zinn’s book is not a corrective “bottom-up” history of the overlooked common people as he claimed and as it has been marketed. Nor is it just another textbook displaying left-wing bias. It is not even an interpretation of American history employing a Marxian theory as a tool of analysis.

Zinn’s book is agitprop, written to agitate the masses, so that they rise up to overthrow the government. As I discovered while writing Debunking Howard Zinn, Zinn’s book closely follows Communist Party U.S.A. chairman William Z. Foster’s Outline Political History of the Americas, published in 1951. That was the year when Zinn, as part of his Party duties, was teaching Marxism at Party headquarters in Brooklyn. He was also working on his Ph.D. in history, which led to teaching positions at Spelman College and then at Boston University.

Zinn’s History is a saga about the rich ruling class cleverly employing the middle class to keep the suffering masses down. The only glimpses of hope come when radicals inspire the oppressed to adopt communism and take to the streets in bloody rampages. It is not surprising that Willem Van Spronsen, the 69-year-old Antifa revolutionary who tried to blow up a Tacoma ICE detention facility, left behind a manifesto that offered Zinn’s book as proof of “fascism ascendant” in America. The mobs of unhinged students are also convinced of “fascism ascendant” and believe that communism offers the only bulwark. Their increasing willingness to vote for socialist candidates is proof. The poster child millennial, democratic socialist Alexandria Ocasio-Cortez, campaigning for Bernie Sanders, tells the crowd that America is evolving into fascism. Her alma mater, Boston University, hosts memorial lectures in Zinn’s honor.

There is much to hate in Zinn’s America-hating book. Attempts to get Zinn’s book out of classrooms have been met by Zinn zealots screaming “censorship.” I wrote my book to demonstrate how Zinn had to lie in order to present America as irredeemably rotten. In his falsified version of America’s past, he quotes selectively and deceptively, deletes critical information, plagiarizes disreputable sources, and twists others’ words to mean their opposite—as hundreds of my footnotes painstakingly document.

Bookstores carry several copies of Zinn’s book—as one clerk told me in order to keep up with teachers’ demands. Librarians also love Zinn. But students deserve access to at least one critique. That is why the Oregon Association of Scholars is selling copies of Debunking Howard Zinn for $25 to donate to schools and libraries and sponsoring my talk at Portland State University on January 22 from 6 to 8 p.m. in the Browsing Lounge, Smith Memorial Union—more details here.