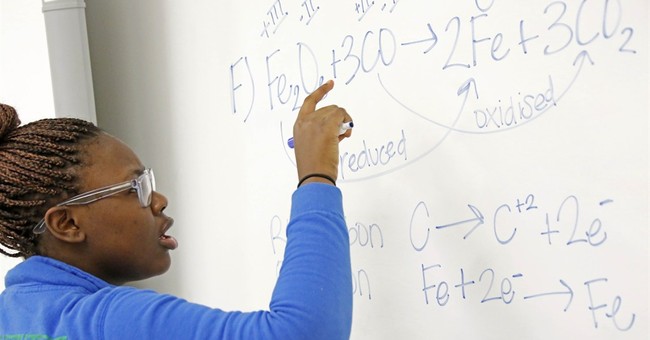 In 1969, hippies and the Vietnam War were abstractions to me, glimpses from photos in an occasional Life Magazine. I had not heard about the Weathermen.

I was twelve years old. In the following year my main source of normalcy and inspiration—my school day--would be turned upside down. I would go to a high school where riots and the threats of riots were commonplace.

Anti-American forces were at work to bring down America.

While I was worrying about junior high school, Larry Grathwohl, who had just come back to Cincinnati from Vietnam, was infiltrating the domestic terrorist group Weatherman, the only one to have done so. Larry saved potentially hundreds of lives when he alerted the FBI to a bomb placed near a Detroit police station and a restaurant.

Bill Ayers, Education Secretary of Weatherman, told him that in the revolution, lives would have to be sacrificed.

This week I have been traveling with Larry and Tina Trent, who have helped republish Larry’s memoir Bringing Down America, about his days with the domestic terrorists. Tina tells the story as we speak to various groups in Florida this week about how she happened to read Larry’s book in high school in the late 1970s. It was the one truthful one amidst a growing collection already devoted to hagiographies of the 1960s radicals in the library.

My interest in Bill Ayers began a few years ago when I learned about his career as a “Distinguished Professor of Education.” In reality he was working to destroy everything that was good about our education system. Ayers, after escaping punishment in 1980, used his position at the University of Illinois at Chicago, to spread his revolutionary ideas throughout the educational system--in the classes he taught, the books and articles he wrote, the conferences he attended, the dissertation committees he sat on, and the political connections he fostered with Barack Obama and Arne Duncan on the Annenberg Challenge.

One of the things that has encouraged me as we’ve talked to these groups is the awareness of Obama and Duncan’s education plan called Common Core. This is a complete federal power grab with an agenda in line with the educational aims of Bill Ayers. The last refuge of conservatives for education, homeschooling and private schools, will effectively be eliminated under Common Core.

I have no evidence directly connecting Bill Ayers to the writing of Common Core, but I do have evidence that Bill Ayers is still very influential in educational circles crafting the project. As I noted in my report for Accuracy in Media, in 2009, Bill Ayers was a keynote speaker at a Washington, D.C., education conference, alongside Arne Duncan, his Under Secretary, and a representative from Achieve, a well-connected D.C.-based non-profit credited with being the architect of Common Core. Linda Darling-Hammond, a longtime close associate of Bill Ayers, and Obama’s education transition team leader, is in charge of developing one of the two national tests that will be administered under Common Core.

More recently, Duncan, Darling-Hammond, and Ayers participated in the annual meeting of AERA, the American Educational Research Association, held in San Francisco from April 27 to May 1, 2013. This professional association boasts of over 25,000 members consisting of faculty, researchers, and graduate students who work at universities and colleges, federal and state agencies, school systems, test companies, and non-profit agencies. Ayers used to be vice president for curriculum in the organization.

Ayers was listed in the program as participating in eight activities this year, including a panel discussion called “The Role of Education in the Quest for Freedom,” “Dystopia and Education,” “Social Imagination and Political Activism in Education,” and “Making Comics as Educational Research and Theory” (his book To Teach: The Journey of a Teacher was adapted into a “graphic,” or comic, book in 2010; it is used widely in colleges of education).

Ayers also coauthored and presented a paper with the Marxist professor of education, Peter McLaren, titled “In Memoriam: Hugo Chavez.” Ayers had traveled at least four times to speak in Venezuela to promote his idea of education as “the motor-force of revolution.”

The Department of Education bragged about Arne Duncan’s speech at the AERA conference, which appeared to be devoted entirely to sessions advocating social justice and not academics. They did not mention Ayers.

In his address, Duncan talked about the “sea-change” in “assessments” under Common Core. Darling-Hammond’s tests, he said approvingly, would address “deeper learning.” “Diagnostic or formative assessments” will measure “student growth,” and determine whether students are “college-and-career ready.” Much in line with Ayers’s pedagogical strategy, Duncan hailed the forthcoming Assessment 3.0 that “will shift from seat-based learning to competency-based learning.” The “next frontier in assessment research,” said Duncan, is in “non-cognitive skills.”

Why would a school want to measure “non-cognitive skills” and what does this mean? Aren’t students supposed to be tested on their “cognitive skills,” their knowledge in subjects like history and science, and their skills in subject like math and writing?

Welcome to the Brave New World of social and emotional learning. As I noted, Darling-Hammond has served on the board of CASEL (Collaborative for Academic, Social, and Emotional Learning), based at the University of Illinois at Chicago, where Ayers taught. Welcome to the Bill Ayers way of teaching, through emotionally invasive sessions, indoctrination, chaos, and confusion. (I describe this in my new book Bill Ayers: Teaching Revolution.)

It may be called “Assessment 3.0,” but it sounds an awful lot like the “criticism/self-criticism” sessions of the Weathermen Larry Grathwohl has been describing to me and to our audiences.

It’s no longer abstract when you can’t hide or remove your children.

For more information on our tour, go to www.bringingdownamerica.com. The site includes an archive of newspaper articles and documents about the Weathermen, compiled by Tina Trent. In it you will see the shameful history of the media endorsing the Weathermen and helping them lie about their violent pasts. If you’d like to have us come speak to your group, contact us. We’ll be in Georgia next month.