Mary Beth Waddell
|
Posted: Nov 19, 2018 9:00 AM
Share   Tweet
The opinions expressed by columnists are their own and do not necessarily represent the views of Townhall.com. 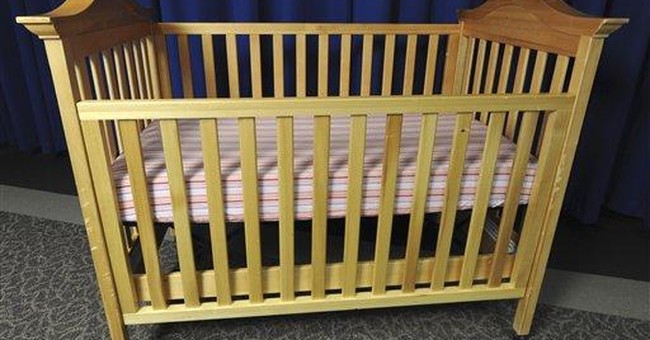 While millions of American were voting, Philadelphia foster parents were in court fighting the government’s attempt to shut down Catholic Charities adoption and foster care services because it is faith-based. Nearly half of all Catholic Charities adoptions nationally are for special needs children, so their permanent closure would be especially devastating. It was a somber launch to National Adoption Month for children seeking families.

In March of 2018, the City of Philadelphia (the city) put out an urgent call for foster parents.  Despite this urgent need and within days of this call, the City terminated its foster placement contracts with Catholic Charities and Bethany Christian Services - two of its nearly thirty partner agencies, because they were faith-based.  This has resulted in empty foster homes and children left languishing because fewer agencies are working on their behalf.  One such empty foster home was Cecelia Paul’s.She had fostered over 130 children, adopted six, and been named “Foster Parent of the Year.”  Also, foster parents like Sharonell Fulton, who is caring for two special needs children, may not be able to continue fostering because they no longer have access to the training, resources, and support of Catholic Charities - which she and others have observed as superior to that of government agencies.  Worse yet, sibling groups are in danger of not being placed together.  When another agency transferred a child into Catholic Charities’ custody so that it could be placed with its sibling already in Catholic Charities’ care, the city didn’t respond favorably.  Although the city didn’t separate the siblings, it sent a notice to its partner agencies demanding written acknowledgment of the referral contract termination; thus, indicating that siblings would not automatically be placed together.

When Philadelphia made its announcement, Sharonell Fulton and other foster parents filed a lawsuit.  Oral arguments were heard on Tuesday to determine if Catholic Charities could continue helping children while the litigation plays out.

The stated reason for shutting out faith-based agencies is “LGBT discrimination,” but no LGBT couples have been prohibited from adopting or becoming foster parents.  Individuals within the LGBT community have written op-eds highlighting this fact.  Unfortunately, this hasn’t stopped vitriolic activists.  For example, there is also litigation in Michigan in which the ACLU hand-picked a lesbian couple looking to adopt to target St. Vincent’s Catholic Charities.  The couple’s home is closer to four other agencies they could have used, and due to the nature of Michigan’s child welfare system, children in St. Vincent’s care have been adopted to LGBT individuals through other agencies.

Philadelphia is only one example.  Faith-based adoption and foster care agencies are under attack across the country and have been shut down in Illinois, Boston, San Francisco, the District of Columbia, and Buffalo.   For the sake of the approximately 440,000 children in foster care kids and more than 100,000 children available for adoption, the fighting needs to stop.  Every agency that wishes to help needy children should be allowed to do so.  Faith-based agencies are exceptional at recruiting quality foster families because they connect with local churches and even recruit directly from the pulpit.  Catholics are three times as likely as the general population to adopt, and evangelicals are five times as likely. The existence of these agencies means more opportunities and resources to help children, birth mothers, and others in need and doesn’t exclude anyone from engaging in the adoption and foster care system.

In addition to the lawsuits, Congress is attempting to ensure that faith-based agencies remain able to serve children.  Rep. Mike Kelly (R-Pa.) and Sen. Mike Enzi (R.-Wyo.) introduced the Child Welfare Provider Inclusion Act (H.R. 1881 / S. 811) to prevent government discrimination against these agencies.  Also, Rep. Robert Aderholt (R-Ala.) introduced an amendment with these same protections to an FY 2019 spending bill that passed in Committee, but, unfortunately, it didn’t become law. CWPIA is a bill that should have bipartisan support. It’s unfortunate that Rep. Nancy Pelosi (D-Calif.) called the effort to prevent government discrimination from forcing faith-based agencies to stop helping children in need as “a sickening new low” and “disgusting, deeply immoral and profoundly offensive….”  Preventing government discrimination should not be controversial.

As the new split Congress looks for things it can agree on, let’s hope putting kids first is one of them.  If not, we will see how the litigation plays out, that may be the only reprieve for the children and families served by Catholic Charities and other faith-based agencies.