America's Uber-Parent? I Think Not 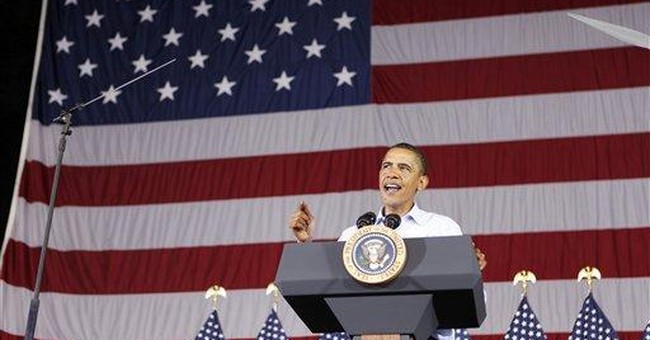 Every year, on the night before school starts, I announce that it’s time to take a walk. All six of us fan out throughout the house to find our flip flops, someone gets a leash for Scotty the dog, and we set out in a disorganized band up our street. But it’s not just a walk. It’s a ritual.

This year was no exception. On the evening before we took our second daughter off to college, my husband, our four children and I took turns confiding our goals for the coming school year. It’s an annual rite that connects us to our dreams and helps each of us to look forward to the challenges ahead, but also reminds us we’re not alone in our efforts – we have family cheering us on and faith to support us.

The message we deliver to our children as they reveal their fondest hopes for themselves is not unlike the message President Obama attempted to deliver in his address to school children yesterday.

Make goals for yourself and announce them to others so you’ll be accountable. Work hard. Take responsibility for your success. Get help when you need it.

Since the President’s message was so similar to the advice we give our own children every year, why am I so bugged by the fact that he took to the airwaves and the Internet to deliver this speech to America’s public school students?

Why does it seem so creepy to me?

I’ve wrestled with this question since last week when it was revealed that the speech would take place. I certainly don’t object to presidential addresses being aired in schools in the event of a national emergency such as 9/11, or during an historic occasion such as an inauguration.

So I asked myself, am I cynical about the overly political nature of this speech simply because I disagree with the President’s politics?

Those who favor the president’s speech to school children point to previous addresses by George H.W. Bush and Ronald Reagan as proof that a precedent has already been set for such an address.

I’m loath to be labeled a hypocrite, so I went back and read those speeches. Now I know why President Obama’s talk bothers me.

George H.W. Bush talked to schoolchildren via closed circuit TV to encourage greater interest in science and math. He used the occasion of a space launch to focus on the sciences at a time when it had been well established that US students paled in comparison to others around in the world in this essential discipline. Even still, then-Speaker of the House Richard Gephardt said, “The Department of Education should not be producing paid political advertising for the president, it should be helping us to produce smarter students.”

Ronald Reagan’s speech was something else entirely. Was it political? Absolutely. It was a primer on American political theory. Reagan didn’t insert himself into the personal lives of his audience, but instead asked school children to insert themselves into the public life of our nation. His speech didn’t focus on personal goals but on the sacrifices of our founders to establish the freedom to make such goals.

That’s the crucial difference, and the reason Mr. Obama’s message bothers me. The President of the United States is not the “First Father.” His role is not to be an uber-parent, offering sage advice on personal behavior for school kids via televised lectures.

If we accept this display of “non-partisan parenting,” we’re tacitly acknowledging that the government of the United States of America has an appropriate role to play in raising our children. I don’t think it does.

Even if the message is a positive one, the very fact that it has been delivered is intrusive and assumptive and just plain creepy.

Then again, my kids didn’t see the speech. They went for a walk with their parents instead.