Dare to be a Daniel? 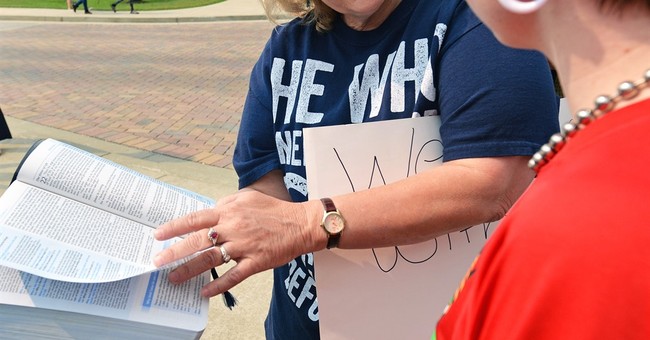 WWJD bracelets were useful in their time and could still be helpful now, but “What would Jesus do?” ran into the problem of all hypotheticals: On those political issues that Jesus left to the Caesars and would-be Caesars, we’d have to guess.

That’s why a better bracelet formulation might be WDDD: What did Daniel do? Amazingly, Daniel of the Bible for at least 66 years, from 605 to 539 B.C., was a Babylonian public servant who really did try to serve a strange public while remaining true to God. He faced down two death threats and saw his friends survive a third.

I’d like to write about Daniel in several columns, beginning this month when WORLD is running some articles about education. After all, Chapter 1 of Daniel’s memoir shows his traumatic entry to nonbiblical higher education: Militants from an enemy land pulled Daniel from his hometown, Jerusalem, and forcibly enrolled him in a three-year immersion program in Babylonian culture and language.

Daniel’s response conveyed both acceptance of God’s plan for him and resistance to his captors. He obviously studied hard and gained, through God’s grace, “learning and skill in all literature and wisdom” -- yet he declined to eat the rich food and wine offered in the dining hall, and instead lived on vegetables.

It’s possible Daniel abstained from meat for dietary reasons (although he apparently ate it later) or because it would have been sacrificed to idols (but vegetables were as well). Reformation-era commentator Heinrich Bullinger (1504-1575) offered a better explanation: that “the king should not entice him by this sweet poison.” John Mayer (1583-1664) similarly noted the temptations of “dainty and delicate keeping” and said Daniel’s example shows “it is no part of felicity in respect of worldly things to have the wherewithal to eat and drink daily of the best.”

Today we might refer to “golden handcuffs,” where individuals get used to a certain standard of living and don’t want to lose it. Westminster Theological Seminary professor Iain Duguid points out in his commentary on Daniel that if Satan can “instill in us a sense of dependence upon the material comforts that make up our way of life ... then he can far more effectively draw us away from the Lord.”

Free of dependence on King Nebuchadnezzar’s largesse, Daniel and his three friends aced their oral exams: “In every matter of wisdom and understanding about which the king inquired of them, he found them ten times better than all the magicians and enchanters.” That academic success soon became a life-or-death matter: Chapter 2 describes the king’s maddening dream of statues and his threats to kill all his advisers, including Daniel, unless they gave him details of the dream and its meaning.

Daniel used his stellar academic record to gain a hearing with the king, and then let the captain of the king’s guard take credit by telling Nebuchadnezzar, “I have found among the exiles from Judah. ...” Daniel did not take any credit: “There is a God in heaven who reveals mysteries ... this mystery has been revealed to me, not because of any wisdom that I have.” Daniel interpreted the dream as a prophecy of government decline from gold to silver to bronze to iron to an unstable mix of iron and soft clay. (Progressives love to talk of biological and social evolution, but ruinous mutation and devolution are more frequent.)

Ironically, Chapter 3 shows how Nebuchadnezzar turned Daniel’s identification of his reign as golden into an assault on religious liberty: The king ordered construction of a golden idol 90 feet tall. Daniel’s three friends -- Shadrach, Meshach, and Abednego -- practiced passive resistance: They did not destroy an idol as they would have been obliged to do within the borders of Israel, but simply refused to bow to it when everyone else did. They did not run away. They did not hide. They also did not fight back. They told Nebuchadnezzar that God could rescue them, but they did not know if He would.

How different that is from our current fight or flight tendencies! These three chapters of Daniel, and the three I plan to discuss in a subsequent column, teach us much and also leave us with a question: Where was Daniel while his friends walked into a fiery furnace?