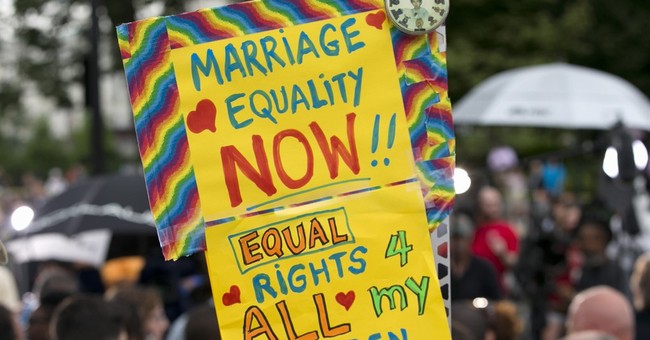 For 25 years in WORLD I’ve written about the long-run primacy of culture: When we lose media and academia, politics and law follow.

The evidence for that is clear, especially after the same-sex marriage current on June 26 swept along five U.S. Supreme Court judges. But for the next 16 months, while we continue to work for cultural change, let’s not neglect short-run politics.

Pastors, elders, and deacons face immense questions. What happens if Christian churches and schools lose their 501(c)(3) status? What happens if freedom of speech regarding sin disappears? Lots of “ifs,” but here’s a near certainty: By staying home on Nov. 8, 2016, demoralized Christians can turn those “ifs” into “whens.”

The 2008 and 2012 presidential elections were strike one and strike two, but we are still in the batter’s box. Occasionally a hitter forgets the count and heads to the dugout with only two strikes. That’s what separatist Christians are doing—and their prophecies of doom could be self-fulfilling.

Columnist Rod Dreher’s “Benedict Option,” named after the man who left Rome around A.D. 500 and founded Christian communities, isn’t a bad idea, but those who take it in separatist directions are premature. The Visigoth “Sack of Rome,” signifying the end of ancient civilization on the Tiber, occurred in A.D. 410. The monastery movement did not begin in A.D. 408.

One part of Christian compassion is refusing to abandon a culture while turning it around is possible. I’m not saying Christians should wait for 90 years after a potential Sack of Washington, but we do have an immediate option: support the election of a U.S. president who respects religious liberty.

We should ask each presidential candidate directly: What will you do as the gay movement tries to override the beliefs of Bible followers? How specifically will you defend freedom of speech? Will you pledge that religious organizations opposed to same-sex marriages will not lose their tax-exempt status?

If we abandon politics prematurely and another opponent of American exceptionalism seizes the White House, our rare land of liberty may be no more. That’s especially true if he or she has a pliable Congress, and Supreme Court vacancies to fill. Election of a president who respects liberty is no panacea, but it will give us a breathing period of at least four years.

My counter to seizing the Benedict Option is the Daniel Option. Nebuchadnezzar’s soldiers brought Daniel as a captive to Babylon 2,600 years ago and enrolled him in an MBA (Master of Babylonian Arts) program. Daniel then risked his life for decades by speaking truth to Babylon’s kings. His astrologer associates were jackals. A den of lions loomed. Nevertheless, Daniel did not give up.

Those following the Daniel Option will push for hearings on legislation to protect individuals acting on their religious belief that marriage is a union between one man and one woman. If such a measure could get through Congress, it would end with an Obama veto; but the debate would be educational and would give us more information about whether a Benedict Option is needed.

Those following the Daniel Option will work and pray hard for the opportunity in 2016 to vote for a presidential candidate who will rally believers in religious liberty. We need one who can say, with words like those of Aragorn in “The Lord of the Rings,” “Hold your ground! … A day may come when the courage of men fails … but it is not this day. … This day we fight!”

So much of the initial reaction to a 5-4 Supreme Court loss was in line with Psalm 73. Its author, Asaph, admits that he had become “envious of the arrogant. … They set their mouths against the heavens, and their tongue struts through the earth.” The result: “My feet had almost stumbled, my steps had nearly slipped.” Asaph came close to despair: “When I thought how to understand this, it seemed to me a wearisome task.”

Give up? But then Asaph “went into the sanctuary of God” and remembered: “You guide me with your counsel, and afterward you will receive me to glory.” Don’t give up! “My flesh and my heart may fail, but God is the strength of my heart and my portion forever.”