Anatomy of a Media Mugging 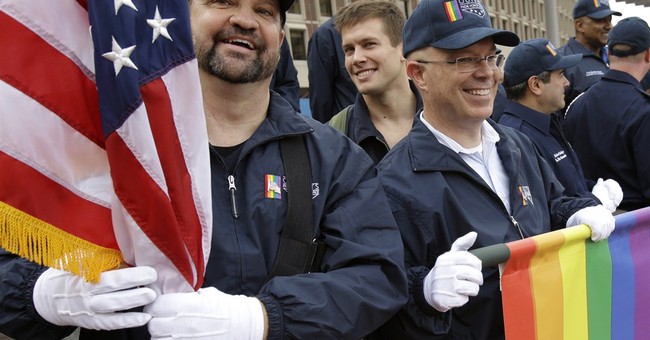 WORLD’s “Half-baked reporting” story in the Feb. 21 issue shows gay-oriented publications and then major media fanning the flames of Christophobia with a there-they-go-again tale. It’s as if pro-gay propagandists need to resurrect vehement activist Fred Phelps, who died last March after decades of proclaiming at funerals and high-profile gatherings that God hates homosexuals.

Phelps wanted media attention. Bakery owner Marjorie Silva told WORLD correspondent Kiley Crossland she did not. Silva said she had merely contacted the LGBT newspaper “Out Front” to buy an ad and offhandedly told her story to an alert salesperson, who passed it on to a reporter. Then five other factors led to exaggeration: (1) A redefinition of hatred. (2) Confusion about a drawing. (3) Press laziness. (4) Narrative style. (5) Christian backlash against media bias.

• Redefinition. Customer Bill Jack wanted on his cakes the message that God hates sin, homosexuality is a detestable sin, God loves sinners, and the crucial connector: “While we were yet sinners, Christ died for us.” Silva told Crossland that saying God hates sin and homosexuality is a sin is “a hateful message right there,” and she apparently conveyed that understanding to reporters. Evangelicals often speak of God loving the sinner but hating the sin, but many Americans equate opposition to an action with hatred.

• Confusion. The major newspapers all reported, based on Silva’s statement, that Jack requested “an image of two men holding hands, covered in a big, red ‘X.’” Jack, though, told me he asked for “an illustration of two groomsmen holding hands with a cross in the background,” and a single line going through them like the line in the Ghostbusters logo. In a culture where a teenager sees a sculpture of Jesus on the cross and asks who the man on the plus sign is, it was easy to misapprehend the drawing.

• Journalistic laziness. Those of us who sympathize with Bill Jack may question his design or specific wording, but let’s not forget the big problem: biased reporting on an issue that “progressive” thinkers believe is open and shut. Many major league journalists believe gay is great, opponents of homosexuality are bigots, end of story, so they trust reporting from pro-gay publications rather than checking out a story themselves.

• Narrative style. For years standard journalism emphasized “he said” or “she said,” with almost every statement grounded in a source. Since that can become tedious to read, many reporters yearn to write without in-scene footnoting. On this cake story the Associated Press, while still one-sided, at least acknowledged it was giving Silva’s side and not necessarily the truth: “Silva said.…” “The Washington Post” and others did not take that precaution.

• Backlash. Christians, aware of media bias, may bear some responsibility when reporters offer only one side. Jack told me on Jan. 26 he had “not spoken directly with any journalist about what I requested on the cakes.” He added, “I am avoiding print (with the exception of WORLD) and television at this time since I have no recourse if misquoted or if my comments are taken out of context.”

Jack explained that the first Denver television station to report the story did “a hatchet job, a classic example of yellow journalism,” so when another station contacted him, “I offered a generic statement.…I certainly did not want to give an on-camera interview to 9News, the NBC affiliate in Denver. After all, as an old, bald, white guy, even if the reporter is honest, the editor could choose just the right camera angle to make me look like an angry, old, skinhead.”

Jack’s skepticism about journalistic balance is well-founded: He probably would have been portrayed as an angry skinhead. And yet, the result is a classic downward spiral: Reporters are unfair, Christians don’t talk, which leads to more unfairness, which leads to more Christian silence. A comedy of errors becomes a tragedy of bias and misinformation.

I speak from hard experience. From 1995 to 2001, my active years politically, journalists produced about 50 or 60 profiles of me. One, “60 Minutes,” was a real hit piece, but so what? One newspaper account, that of “The New York Times,” had substantial misinformation, but so what? When the “Times” nationally and other publications locally get the story right, they are helpful. When they get it wrong—well, that’s the “Times,” what did we expect?