Completely Personal: The Assassination That Destroyed A Century 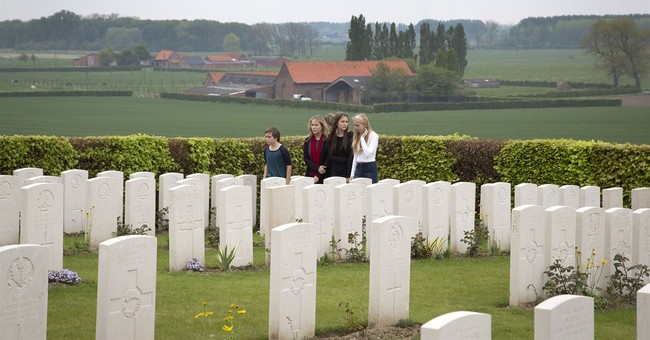 The current issue of WORLD’s cover date is June 28, a date that should live in infamy. On June 28, 1914, an assassin killed Austrian Archduke Franz Ferdinand in the Balkan city of Sarajevo. That incident touched off World War I, which ended with 18 million dead bodies and led to a Communist takeover of Russia (millions more) and, eventually, World War II (tens of millions more).

Recently I read in Christopher Clark’s “The Sleepwalkers” (see “A century ago,” in this issue) how one false step among the leaders of England, France, Germany, Russia, and Austria-Hungary led to another. While turning the pages, I watched on the AMC network “The Godfather” (second greatest American movie of all time, according to the American Film Institute) and its sequel, “The Godfather Part II” (32nd greatest).

The regular refrain in “The Godfather,” as its characters plan murders, is, “Nothing personal. It’s just business.” Europe’s leaders had the same rationale as they slouched into war during post-assassination July. The two “Godfather” films form the tragic story of how, in director Francis Ford Coppola’s words, “a good man becomes evil.” A theologically deeper assessment might note that it’s about sinners becoming even more sinful. World War I’s beginning one century ago had a similar arc.

Here’s one more famous “Godfather” line: “Keep your friends close, but your enemies closer.” Europe’s warring monarchs in 1914 were close (three of them were cousins)—and this spring I looked back with wonder and dismay at the arrogance and miscalculation that (nothing personal) slaughtered so many people.

At that point I almost went thoroughly astray. The assassination of Franz Ferdinand took place because of a thoroughly unlikely set of circumstances. The assassin with a handgun, Gavrilo Princip, was a bad shot, but Ferdinand’s driver made a wrong turn and backed up, then stopped, in a way that left Ferdinand several feet from Princip, who at that distance couldn’t miss. And that got me thinking: Why didn’t God (acting as He usually does, in ways subtle enough to give atheists deniability) keep Ferdinand from being shot?

Think about it: No assassination, no war, no Communist coup, no German hyper-inflation and depression that paved the way for Hitler, no World War II, no Holocaust…One small flick of the wrist for God, one large leap for mankind to the century of peaceful progress that postmillennialists expected in 1900, rather than the century of disaster that fueled much premillennialist thought.

Then I thought: No, our merciful God must have had His reasons for allowing the assassination and the subsequent slaughter. Musing that God makes all things work together for good, I starting writing a playful counterfactual column: What could have happened had Ferdinand’s driver not made the wrong turn, and if war had never come?

In my fanciful column I wrote that Germany became Europe’s economic, scientific, and technological power. It expanded its leadership in science and did not make life so miserable for Jews that leading physicists ended up in America. The result: Germany developed nuclear weapons and, given German arrogance, used them to get its way through much of the world. I was planning to end the column with German nuclear bombs dropping in August 1945, on Hiroshima and Nagasaki—and dozens of other cities.

Well. Halfway through writing I picked up my copy of J.I. Packer’s “Knowing God,” in which the theologian notes that Christians err by thinking that “if they were really walking close to God, so that he could impart wisdom to them freely, then they would…discern the real purpose of everything that happened to them, and it would be clear to them every moment how God was making all things work together for good.”

Packer continued, “Such people spend much time poring over the book of providence, wondering why God should have allowed this or that to take place.” His recommendation: Don’t do it. We do not and cannot have “inside information as to the why and wherefore of God’s doings.” Packer is right. Trash my counterfactual. Not the Godfather but God makes us an offer we cannot and should not refuse: Trust me.

Massive killing is, of course, fodder for atheists who can gibe that for God it’s nothing personal, just business. But the brilliance of Christ is that it couldn’t get more personal: We die, He died—so all who trust in Him can live forever.