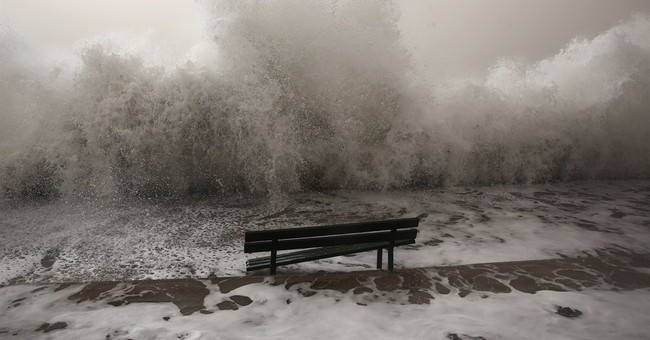 “There is great virtue in the original concept of users-pay/users-benefit.”

One of the consequences of Keynesian economics is the gradual decline in capital investment, especially in infrastructure, in the United States. The late, great management guru Peter Drucker blamed Keynesian thinking for an unhealthy anti-saving mentality, causing “undersaving on a massive scale” and an overemphasis on “short-term” spending instead of the long-run investment.

Today, our roads, bridges and infrastructure are falling apart and need trillions of dollars to bring them up to par with the rest of the world. (Compare our roads and airports to those of Hong Kong or Germany.)

Right now, there’s a $78 billion shortfall in the Highway Trust Fund that builds and repairs our vast Interstate Highway System.

How are we going to pay for it? In his latest report, transportation expert Robert Poole (founder of Reason magazine and a speaker at our upcoming FreedomFest) said that the hottest idea for making up for the $78 billion shortfall is “repatriation” of U.S. corporate profits held overseas.

But to use corporate profits to pay for building and repairing the Interstate highway system is a clear violation of the accountability or benefit principle of economics, also known as the “user pay” doctrine.

Every year, I teach the accountability or “user pay” principle in my economics class. It is fundamental. Unfortunately, few of our leaders understand it.

Yet, as Poole stated, “It’s the model we use for electricity, natural gas, water, telecommunications, airports and just about any other utility-type service that requires significant infrastructure. The original state gas taxes (dating back to 1919) and the 1956 dedicated federal fuel taxes were all intended as user fees to provide and maintain the infrastructure used by those paying the charges. While that concept has eroded over the decades, sound transportation policy would call for restoring it rather than further diluting it.”

Poole’s solution? “Per-mile tolling and other forms of mileage-based user fees are therefore the direction this country should be moving toward, to gradually replace per-gallon taxes. Using yet another general (non-user) revenue source to bail out the HTF is a large step in the wrong direction.”

Tolls and user fees would eliminate forever the traffic jam problem. Countries like Singapore and Hong Kong have proven it. I’ve been there. I have seen the future and it works!

Robert Poole will be speaking at this year’s big show in Vegas, along with more than 100 other experts. Our focus will be on real solutions to our problems. The next time you are in a traffic jam, remember that there is a free-market solution and sign up for the “greatest show on earth.” See details below.