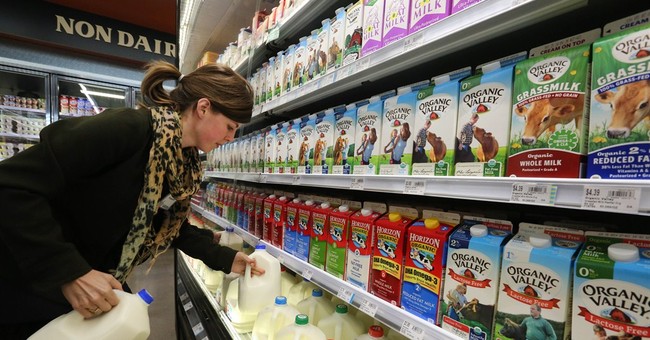 The fallacy seems to occur every month, without fail. When the monthly data comes out on retail spending or consumer confidence, the media goes crazy talking about how consumer spending drives the economy, because it represents 70% of the gross domestic product (GDP).

So, I was not surprised to read the following last week in theWall Street Journalabout consumer spending: “Household spending generates more than two-thirds of total economic output, so sturdy spending gains should translate into economic growth.”

Never mind that all studies on economic growth show that it is determined on the supply side — productivity and technological advances (work of Robert Solow, Robert Barro, Greg Mankiw, etc.) – not consumer spending. Consumer spending is the effect, not the cause, of prosperity.

I explain this reality in more detail in my lead editorial in theWall Street Journalfrom April 23, 2014.

Starting this year, the federal government is releasing a new macro statistic, Gross Output, which is a much broader measure of economic activity. Gross output demonstrates that business spending (B-to-B transactions) is much bigger than the consumers’ spending.

I wrote to the reporter, and he responded as follows: “I was referring simply to the calculation of GDP growth in the paragraph – personal consumption expenditures are an input and higher PCE would mean stronger GDP growth – and not the underlying, broader question of what drives the economy.”

I responded, “The misunderstanding is created when you equate ‘output’ with GDP. GDP is the value of final output only. If you use Gross Output, the new quarterly measure by the BEA, personal consumption expenditures are less than 40% of ‘output.’ Business spending (B to B transactions) actually makes up over 50% of gross output.”

Hopefully, the federal government will start highlighting Gross Output as a better measure of economic activity, and the media will catch on.

In case you missed it, I encourage you to read my e-letter column from last week about the big debate between Paul Krugman and Steve Moore.