Our party failed, our principles didn't 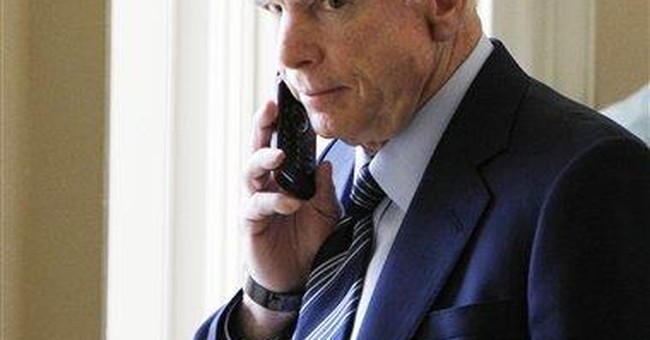 After being routed at the polls for two consecutive election cycles, Republicans are turning introspective, asking how the party fell out of favor so suddenly and how to correct course.

That introspection includes the inevitable catharsis that exacerbates tensions within the existing right-center political coalition.

The reality again harkens to Lord Acton's admonition about the corrupting influence of power. Contrary to advertising messages in the recent months, Republicans are people, too, which renders them just as susceptible to allure of authority as their Democrat counterparts.

Sen. Tom Coburn, first elected to the House in the 1994 "Republican revolution," observed in his book, Breech of Trust, that former Speaker Newt Gingrich and former Majority Leader Dick Armey, vanguards of the 1994 Republican revolution, quickly became too focused on retaining power rather than advancing the agenda that brought them victory.

With a few exceptions, like reforming welfare and balancing the budget, Republicans' track record proves Coburn right. Now that Gingrich and Armey have escaped the vortex of elected office, they have re-emerged as leading advocates for governance guided by conservative standards.

Similarly, George W. Bush did not win election by promising to expand Medicare entitlements or by declaring that his chief foreign policy goal would be to "make the world safe for democracy." While those policies may have produced some short-term political gain, their long-term results eroded the public's confidence in Bush's ability and his party.

So, were the last two elections a referendum on the Republican Party's core principles or its ability to deliver?

Rasmussen found that 59% of voters still agree with Ronald Reagan's assessment that, more often than not, government is the problem, not the solution. Another survey, taken immediately after the election, found that 63% believe that tax cuts are the best economic stimulus, compared to just 20% who want more government spending.

Those tenets illustrate the challenge confronting Barack Obama who, as president, can no longer be all things to so many people, and the frustration confronting voters whose only choices were Republicans who failed to produce and Democrats who promised change.

A Club for Growth survey targeted 12 congressional districts that voted for President Bush in 2004 but overwhelmingly elected Democrats in 2008. That survey found:

- 81% of voters said "Republicans used to be the party of economic growth, fiscal discipline, and limited government, but in recent years, too many Republicans in Washington have become just like the big spenders they used to oppose."

- By a margin of 66% to 23%, those surveyed preferred a candidate who would cut federal spending over one who would increase spending to "bring home the bacon" to his district.

- 73% said the best economic policy is giving everyone the opportunity to create wealth through their own efforts rather than using the tax code to "spread the wealth."

These positions are overwhelmingly supported by Republicans of all varieties, but somehow our leaders in Washington lost their focus.

Before Republicans spend too much time boldly pointing out each others' shortcomings, we must remember that the principles that unify us are also the principles that, when backed by action, have produced electoral majorities in the past and will continue to do so.