Lessons of the Virginia TV Murders 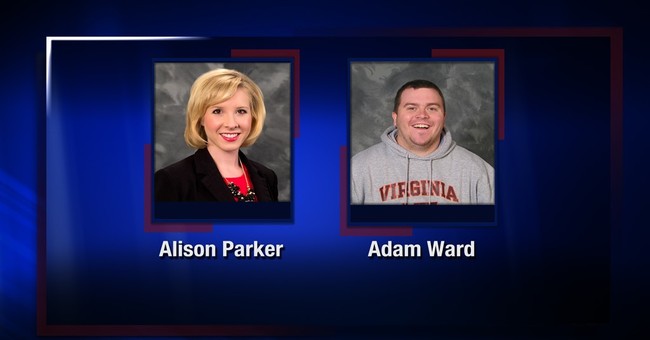 The aftermath of a tragedy is always a clash of agendas, as various sides rush into the spotlight to score some quick points while attention is high.

In the hours and days following the massacre of two young journalists by a race-obsessed monster, some truths took shape that can make us wiser before the next burst of evil— and there will be more.

1) This was, in every sense of the term, a hate crime.

Vester Lee Flanagan was a powder keg of racial hatred ignited by his own self-poisoned attitude. A constant troublemaker with a permanently fused chip on his shoulder, he roamed his sorry life looking for opportunities for contrived indignation.

If a twisted white punk kills black people to ignite a race war, the black murderer who takes him up on it joins him in the evil stew of hate.

2) We do not need gun control, we need self-control.

The gun-grabbers know no shame. The bodies had scarcely been removed from the crime scene before the White House, Hillary Clinton and Virginia’s Democrat Governor dishonored the dead by leaping aboard soapboxes and picking up their bullhorns calling for further obstacles to Second Amendment rights.

Many will say there is nothing we can do to lessen tragedies like this, but there is much we can do. It just doesn’t involve government, so politicians will not be able to crow and posture about solving it.

The solution is for people living self-absorbed lives of manufactured grievance to get their acts together and get right with God. People in church every week do not tend to walk up and blow people away in a fit of feigned victimization.

“Poor me, no one understands me, the world mistreats me, someone must pay because my life sucks.” This is the mantra of the killers who have forced their way into our headlines. Rather than moan about the hand they are dealt, people enduring life’s rough patches should redouble their efforts to exude happy demeanors and a stellar work ethic. Rather than taking to heart the incendiary narratives offered to black America by Barack Obama and Eric Holder, they should follow the smartest thing Oprah Winfrey ever said: “The best deterrent to racism is excellence.”

4) No one should allow this killer one moment of benefit of the doubt.

If you find yourself even remotely thinking, “Well, there is racism out there, maybe this guy just got sick of it,” stop yourself. Of course there is racism out there. And there are plenty of black folks doing things that could inflame the next Dylann Roof. But no one should invoke such examples if we have another hater strafe a church congregation.

There is no excuse for evil like this. It does not have an underpinning of understandable motive. The very search for motive in all of these tragedies interferes with what should be our main focus: Evil exists.

5) We will never be able to “prevent” acts like this.

In a free society where we will never incarcerate or commit individuals who have not yet displayed genuinely disturbing behavior, we will see fundamentally functional people give in to their dark urges from time to time and take a deadly toll. With a combination of better mental health outreach and person-to-person caring, we may be able to keep many from taking that leap, but plenty will slip through the cracks.

6) Denial has a death toll.

“Oh, Bill won’t be back to kill us. Sure, we had to have the cops escort him out with his box of belongings, but once he’s gone, he’s gone.” I’ll bet the WDBJ staff thought that about Vester, or “Bryce Williams,” the name he used as a reporter and social media executioner.

Workplaces should hear a dozen loud alarms in their heads every time some wheels-off malcontent gets shown the door. The percentage that will return to exact revenge is small, but it only takes one.

7) Social media has once again turned the mirror to our world.

The horrid spectacle of the killer’s snuff clip is not Facebook’s fault. The idiots who “liked” and retweeted it are not Twitter’s fault. Social media is a blank moral slate, beautiful when written on by grandmothers posting pictures of their families, useful for businesses promoting themselves, compelling when providing an arena for streetcorner pundits, and horrifying when it yields a global stage for a sick creature to create a deadly spectacle.

This horse is out of the barn. Now that we have one killer who has shared his deeds with posts soon after he acts, the inevitable next step will be a live killing on Periscope.

There were a few reports that contained the sounds and a flicker of the visual of Allison Parker and Adam Ward’s deaths. But by and large, I saw the freeze-frame of Ms. Parker’s last smiling moment, and then a wave of beautiful images of her with her friend and colleague Adam, and plenty of pictures of both of them with family, friends and co-workers.

Maybe they were afforded extra courtesy because every TV station and network employee felt a kinship with the victims. For whatever reason, I hope that same restraint is granted the next victims who may not be in the media.

9) We cannot censor, but news organizations must resist sharing details that the killers would want shared.

Stories must contain murderers’ names, images, even the occasional interview with the acquaintances who invariably say, “Oh, yeah, we knew he was crazy for years.”

But no more manifesto excerpts. No more long, lingering montages of old photos and videos. If these perpetrators are denied the long glow of fame that often inspires copycats, we might save some lives.

10) Grief is not an excuse for irrationality.

The last thing I want to do is take issue with grieving loved ones. But if Alison Parker’s father and boyfriend are going to step out of their private zones to lecture society about the need for gun control, they must be met with loving disagreement.

My daughter is roughly the same age as Alison. If I were to suffer such a loss, I might descend into a pit of despair that would find me seeking anything that might strike me as a solution, no matter how illogical.

It would then be the world’s job to take my by the shoulders and gently remind me that erecting barriers to law-abiding gun ownership will never prevent tragedies like this.

11) The worst once again brings out the best.

Flanagan’s depraved response to the Charleston shootings takes me straight back to the magnificent example of those grieving loved ones showing up at the killer’s court appearance and addressing him directly— with words of grace, peace and forgiveness.

This week, the vile acts of one man have shown us the virtues of many— the enormous hearts of of the victims’ loved ones and co-workers, the cool, calm leadership of the station manager, the courage of the staff that had to do a show the following morning, the community that wrapped its arms around the people who bring them TV news stories every morning.

Evil will continue to infect our world. We will never stop it. But when we as individuals and a society do a better job of conducting ourselves as children of God, caring for each other better and responding with moral clarity instead of political opportunism, we can reduce its toll.