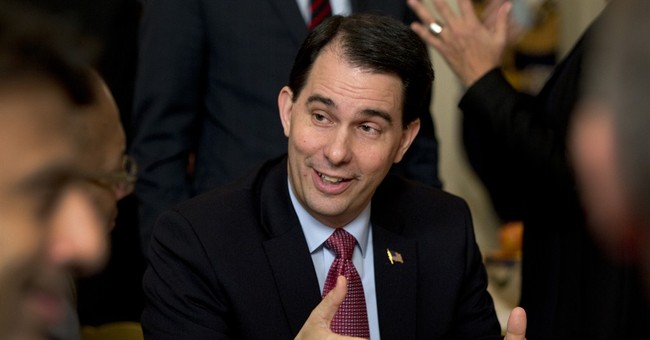 First of all, best of luck. If you are successful, it will be your job to dig the United States out of the eight-year abyss of the Obama presidency. This will take courage, vision, hard work and resiliency. If you have these things, great, but before we get to evaluating your worthiness to fight terror or shrink the government, we’d best see if you have the skills to navigate a couple of annoying questions from reporters.

Many of you in the field may be tempted to take all of the questions about evolution and Barack Obama’s love of Jesus and country and stuff them back in an idiot reporter’s face.

Short of that, you may be tempted to write columns saying how you will not be duped or baited by the media.

Both are tempting. Both are unwise.

Under no circumstances are you ever to do something that gives your media enemies a bat to beat your brains in. Do none of you remember Sarah Palin’s “name some magazines” disaster? I mean, we love her and she is awesome, but for crying out loud, name a magazine or two!

You will get frequent questions asking you to read Obama’s mind or embrace or condemn Darwin. Refusing to answer makes you look fearful. Complaining about the questions makes you look like a whiner.

So here’s a crazy idea: Answer the questions.

But do it in a way that makes clear the question is an impertinent annoyance. That way no one can say you ducked, but you still make a valuable point. And who knows? If you can successfully spar with a reporter or two, maybe you have the chops to stare down the Iranian government across a nuclear OK corral.

As a gift, I offer the Candidate’s Guide to Handling the Gotcha Questions:

REPORTER: Do you believe in evolution?

YOU: Faith and science have many answers as to how we all got here. I respect every American’s right to accept whatever religious or scientific explanation they choose. I believe whatever path we took, God was in control.

YOU: I don’t judge other people’s motivations. I know I love America and would show it in ways very different than the President has.

Now the easy one:

REPORTER: Is Barack Obama a Christian?

That’s it. Not one syllable more. Your head may be filled with examples of Obama’s bizarre strain of Christianity inculcated in the America-hating liberation theology crucible of Jeremiah Wright’s Trinity United Church of Christ. You can probably cite several examples of his seeming outright hostility to Christian attitudes and values. Zip it. None of that helps you attract new voters, and please remember, that is your most important job.

You are welcome to dwell at length on the views Obama holds which are antithetical to conservative morality. You may point with detail at his insufficient defense of our nation against the threat of global Islamic jihad. Those are what matter, not his personal faith. The nation is filled with Christians who offend scripture by their words and deeds, and who rush to protect the reputation of Islam while stomping on Judeo-Christian religious freedoms. They are called congressional Democrats.

So no more punting, or hemming and hawing, or wringing your hands about how the nasty media won’t ask you the questions you want to answer.

Take their goofy questions, answer them in a fashion that serves your purposes but does not arm them with a weapon against you, and get on with your message of steadfast conservatism.