The Politics of Ebola 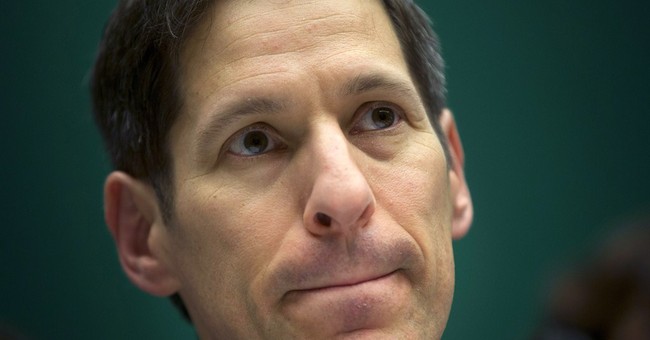 As tensions grow between factions with different levels of concern over Ebola, a buzz-phrase has arisen: “Ebola has no political preferences.”

The supposition is that the disease will gladly infect liberals as well as conservatives, which is certainly true. The differences that matter, however, are the political engines that drive attitudes and reactions, as a crisis that should be unaffected by politics is in fact exacerbated by it.

It would be unfair to blame liberalism for the entirety of the arrogant displays we have been treated to since the late Thomas Eric Duncan lied to get into America. But there is no doubting that haughty and wholly unearned self-assurance, from the CDC to the White House, has played a huge part in the deception of the American people as to our readiness and willingness to fight this pernicious disease.

Throw in a heaping helping of political correctness and feelings-based leadership at the Dallas County level, and the stage is set for an exercise in weakness and incompetence that could have a considerable death toll.

Many articles of leftist faith are on display along the road to the sorry spot we find ourselves in. Begin with the infuriating unwillingness to enact the first and simplest sensible protection: a ban on any incoming travel from the West African nations that are the global Ebola hot zone. This stems from the unwillingness to stigmatize a remote part of the world filled with non-whites.

The left rejects— and tries to rewrite— any chapter in history that shows government to be richly prone to corruption and other human failings. This is just such a chapter, as the CDC has draped itself in ill-fitting robes of omniscience, assuring us that it knew everything about risk levels and protocols.

In the days since, its director has been reduced to reputational rubble, eating prior words even while he speaks new volumes of nonsense, as in his Wednesday pronouncement that one cannot get Ebola from bus passengers but bus passengers may well give it.

The famous tendency of liberals to lean on feelings rather than facts has further damaged our response and readiness. Ebola-related kindness and sensitivity apparently require awkward boasts and displays of close-quarters proximity to Ebola-soaked areas. President Obama lectured us on “the science” as he proudly described nuzzling nurses who had cared for Kent Brantly and Nancy Writebol at Emory University in Atlanta.

Now the odds are that unlike the Dallas hospital, Emory was actually ready with Ebola-fighting protocols, one of apparently four hospitals in our nation of 320 million that is up to the challenge. This means the President was somewhat safer than the showboating Dallas County Judge Clay Jenkins, who sashayed into the Duncan apartment in shirtsleeves, emerging to scold anyone who would not do the same.

Local Dallas officials seemed more driven to calm citizens down than to protect them from Ebola. From every corner came calls for “calm” and admonitions against “panic.” This was an Orwellian word game designed to squelch inquisitiveness and skepticism. For those of us who live in and near Dallas, there was no panic problem. Our problem was a crisis of confidence.

We needed leaders to shoot straight, deliver truths even when unpleasant, and admit failings and gaps in information. All of these require a level of honesty and humility foreign to those who worship at the altar of big government. Now that facts and truth have delivered a colossal comeuppance, one hopes this amounts to a wake-up call for those tasked with protecting us.

But flip the coin. Is it possible that there is a conservative instinct to latch onto the CDC comedy of errors as a golden opportunity to teach a lesson in the dangers of overreliance on government?

Of course there is. We all see events through ideological lenses. So what is the difference?

Which side has the facts and public interest on its side? Is it the left, blowing kisses at the CDC, telling them and us how great they are even as they spend their days cleaning up their past rhetorical messes?

Is it the posturing officials who balk and even recoil at the hard truths of what it will take to fight Ebola?

Or is it the voices of responsibility who deliver the messages we all need to hear— that this disease is dangerous, that we do not know everything about how it spreads, that we were woefully unprepared to fight it, that we will have to quarantine a lot of people, and that we surely need to stop stamping Liberian passports until this whole thing blows over?

I won’t even call those voices conservative. It is not my conservatism that leads me to these conclusions. it is basic common sense and a willingness to put public health and safety as a top priority. The coming days will show whether those instincts will begin to drive the words and actions of some leaders who have not served us well in the early days of an emergency that will not be going away soon.