Marita Noon
|
Posted: Oct 17, 2016 10:59 AM
Share   Tweet
The opinions expressed by columnists are their own and do not necessarily represent the views of Townhall.com. 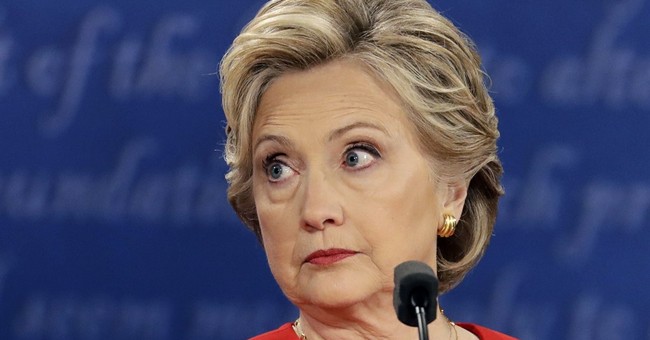 One of the recent WikiLeaks email dumps revealed some interesting things about hydraulic fracturing, also known as fracking. (This enhanced drilling technology is a big part of America’s new era of energy abundance.)

First, they add to the growing question about what Hillary Clinton really believes: her public comments, or her private positions?

Regarding fracking, the leaked emails offer a glimpse into speeches she made to closed groups that we’ve previously been unable to access. One such speech was given to the troubled Deutsche Bank on April 24, 2013. There, she praised fracking as a tool to “make even more countries more energy self-sufficient.” She told the audience: “I’ve promoted fracking in other places around the world.” She bragged about “the advantages that are going to come to us, especially in manufacturing, because we’re now going to produce more oil and gas.”

Yet, everything she’s said in the campaign, paints a different picture.

Her stated energy policies are decidedly anti-fossil fuel. The party platform calls for “a goal of producing 100 percent of electricity from renewable sources by 2050.” In addition to promoting “enough clean renewable energy to power every home in America within ten years,” Hillary’s website outlines her desire to “reduce the amount of oil consumed in the United States and around the world.” She’s declared that banning fossil fuel extraction on public lands is: “a done deal.” While she won’t come out and clearly state that she’d ban fracking, at a March 6 CNN debate with Bernie Sanders in Flint, Michigan, she proudly stated: “By the time we get through all of my conditions, I do not think there will be many places in America where fracking will continue to take place.” And, she has pledged to “stop fossil fuels.”

Then there’s her comment about green-group funding, as coming from Russia. It’s long been suspected that Russia is protecting its national oil-and-gas interests by funding anti-fracking activism—while not a new idea, the current attention makes it worth revisiting.

To the best of my knowledge, Russia’s reported involvement in shaping public opinion came to light in 2010, when different WikiLeaks revelations made public private intelligence from Stratfor—which had previously published a background brief on Shale Gas Activism—that speculated on Russian funding for the anti-fracking movie Gasland.

In 2013, filmmaker Phelim McAleer, in his film FrackNation, pointed out Russia’s “disingenuous objections” to fracking. In it, British journalist James Delingpole said: “Russia is screwed if it can’t export its gas, so it is really important for Russia that the shale gas revolution does not happen. It is also in Russia’s best interest to fund those environmental groups which are committed to campaigning against fracking.”

Then in June 2014, while serving as NATO secretary general, Anders Fogh Rasmussen, the former Prime Minister of Denmark, stated that he’d “met allies who can report that Russia, as part of their sophisticated information and disinformation operations, engaged actively with so-called non-governmental organisations—environmental organisations working against shale gas—to maintain European dependence on imported Russian gas.” According to The Guardian, “He declined to give details of those operations, saying: ‘that is my interpretation.’”

A few months later, the New York Times (NYT) featured a story titled: “Russian money suspected behind fracking protests.” It recounts several cases in different Eastern European countries that are most dependent on Russian energy, where Chevron planned exploratory gas drilling that then “faced a sudden surge of street protests by activists, many of whom had previously shown little interest in environmental issues.” NYT quotes the Romanian Prime Minister, Victor Ponta: “Energy is the most effective weapon today of the Russian Federation—much more effective than aircraft and tanks.”

“Russia,” the NYT adds, “has generally shown scant concern for environmental protection and has a long record of harassing and even jailing environmentalists who stage protests. On fracking, however, Russian authorities have turned enthusiastically green, with Mr. Putin declaring last year that fracking ‘poses a huge environmental problem.’ Places that have allowed it, he said, ‘no longer have water coming out of their taps but a blackish slime.’” Russian television aimed at foreign audiences, carried warnings about poisoned water. Yet, exploration in western Romania by Gazprom, Russia’s biggest oil firm, has not stirred similar mass protests. Additionally, “Pro-Russian separatists in the east, who have otherwise shown no interest in green issues, have denounced fracking as a mortal danger.”

In January 2015, The Washington Free Beacon reported on a Bermudian firm that had connections to Russian oil interests and was funneling money to anti-fracking groups in the U.S. It outlines how the money-laundering scheme works and concludes: “The overlap between executives at firms with ties to Russian oil interests and a multi-million-dollar donor to U.S. environmentalist groups has some experts worried that Russians may be replicating anti-fracking tactics used in Europe to attack the practice in the United States.” I addressed it in February in my column titled: “Naming enemies of U.S. fossil fuel development”—where I also brought up reports of OPEC reported involvement in funding anti-fracking activities.

In March 2015, at the Forbes Reinventing America Summit in Chicago, Harold Hamm, Chairman and CEO at Continental Resources—also known as the “fracking king”–

Anti-fracking groups such as Greenpeace, dismiss such accusations as “silly.”

Despite all the multiple claims linking Russia to anti-fracking activity, there’s been scant hard evidence.

But, now, thanks to WikiLeaks, Russia’s reported anti-fracking funding is back in the headlines: “Leaked emails show Hillary Clinton blaming Russians for funding ‘phony’ anti-fracking groups,” wrote the Washington Times.

With knowledge only someone with a high-level security clearance and an understanding of foreign relations, like the Secretary of State, would have, Hillary, in a June 2014 speech in Edmonton Canada, reportedly said the following to an audience:

“We were up against Russia pushing oligarchs and others to buy media. We were even up against phony environmental groups, and I’m a big environmentalist, but these were funded by the Russians to stand against any effort, oh that pipeline, that fracking, whatever will be a problem for you, and a lot of the money supporting that message was coming from Russia.”

Now, thanks to WikiLeaks, we have the first “semi-official confirmation,” as Delingpole called it, “of Russia’s sponsorship of the vast, influential and obscenely well-funded anti-fracking industry.”

McAleer, in a press release, accuses these groups of “acting as paid agents for a hostile foreign power.”

Remember, these groups are big supporters of Hillary and she’s, based on her stated public policies, a big supporter of their anti-fracking agenda. As I’ve said before, we are in an economic war and there are many who don’t want America to win. The cheap energy prices fracking has provided give the U.S. an economic advantage—hence the hostility toward it.