Marina Medvin
|
Posted: Jun 13, 2018 12:01 AM
Share   Tweet
The opinions expressed by columnists are their own and do not necessarily represent the views of Townhall.com. 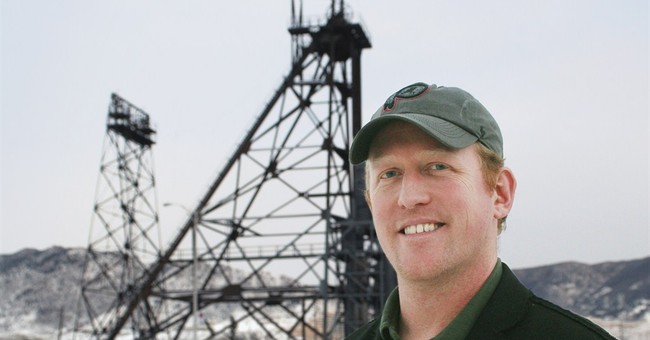 O’Neill was also involved in the mission to save Captain Richard Phillips during the Maersk Alabama hijacking, and Operation Red Wings in which O'Neill helped rescue Marcus Luttrell. He left the military in 2012 after completing over 400 missions with the U.S. Navy.

These days, Robert O’Neill continues to serve his country, but in a different way. O’Neill is trying to help the American people to select an exceptional candidate for the U.S. Senate, a candidate who understands what America stands for, a candidate who genuinely feels a sense of duty to this great nation and a candidate who can bring people together. That candidate is John James of Michigan.

But Robert O’Neill lives in Texas. And John James is campaigning in Michigan. So how did these two meet?

“I was watching Fox News, and John James was on there, speaking about his campaign,” O’Neill explained. O’Neill was immediately drawn to James, a West Point graduate and former Apache pilot. After watching the segment with James, O’Neill was inspired. He made some calls and reached out to James’ campaign, asking to get involved.

O’Neill has been supporting James ever since. O’Neill told me that he flies to Michigan specifically to support John James along the campaign trail. O’Neill does this out of love for his country, he explained. He truly believes in John James’ ability to represent American interests in the U.S. Senate.

“John shares my sense of duty, he is someone I can believe in,” O’Neill explained. O’Neill wants more combat veterans on the Senate floor. He wants to see candidates who are “America first,” and who can make “rapid decisions.” His experience in the military has taught him the value of strong leadership and dedication, and he sees that in James.

I spoke to John James, and I understand why O’Neill is so enthusiastic about this great man.

John James is an American hero.

After graduating from the prestigious West Point Academy, James went into the Army. He fought in Operation Iraqi Freedom, where he earned a Combat Action Badge and two Air Medals, among other awards, while logging 753.8 flight hours leading two Apache platoons.

James is humble but proud of his service to our country. He talks about loving this country, “putting America first,” and "being willing to put your life on the line for what you love.” He is proud to be “an advocate for future generations who are willing to serve and sacrifice.”

He has two sons, and James wants to preserve American values for his children and for America’s children. “I want to make sure that the America that we know and love is here for them when they grow up.” He is also a dedicated husband who is proudly in love with his wife. Elizabeth James, a former Chrysler executive, is “the better half,” he confesses.

James is also a proven business leader. After eight years of service in the military, John James joined his family business. James has led his company to quadruple its revenue and create 100 new jobs.

James is a distinctive candidate for Senate, offering a unique balance of military, business, and family.

Robert O’Neill summarized John James’ accomplishments and life story as “living the American Dream.” James, it seems, wants the Senate seat to fight to keep the American Dream possible for generations to come.

I was lucky to speak to two American heroes on the same day. America was lucky to have these two great men fighting to keep us safe. Now it’s time for Michigan to decide if conservative leadership by an American hero is right for them. Michigan will vote on August 7.