Reparations: The Demand from Unclean Hands

Marc Little
|
Posted: Feb 22, 2021 12:01 AM
Share   Tweet
The opinions expressed by columnists are their own and do not necessarily represent the views of Townhall.com. 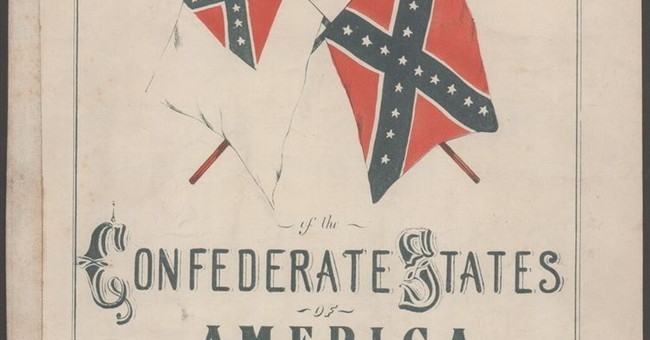 Source: Library of Congress via AP

The U.S. House of Representatives has taken up H.R. 40 - Commission to Study and Develop Reparation Proposals for African Americans Act which begs some hard questions three generations after slavery was abolished.

Slavery is not the only springboard for the debate. The history of the Democrat Party, their role in slavery and how they hold a great deal of responsibility for the plight of the African slave during and after slavery cannot be overstated as they now lead Commission discussions with unclean hands, the political descendants of slavery itself.

For the record, the sin of slavery in the U.S. was an industry of the South led by Southern Democrats. The Union Army (from the North) beat the Confederacy in the Civil War giving way to the Emancipation Proclamation and Reconstruction. Democrat President Andrew Johnson refused to comply with the planned reparations in which Union General Sherman’s Special Fields Order 15 (“forty acres and a mule”) provided 400,000 acres to the emancipated slaves, and Southern Democrats imposed a literal hell on the freed African slaves through Black Codes and Jim Crow laws. Let the record reflect these truths.

Further, the Democrats bargained with Republicans over the presidency in 1877 which could not be decided by the Electoral College. Democrats bargained to keep their foot on the necks of the freed slaves who thrived after slavery until the end of Reconstruction in 1877. They bargained to remove federal troops from their states (which included the polling stations) and ended any political representation the freed slaves had garnered during Reconstruction. The Southern Democrats robbed the freed slaves of restorative justice after slavery and to the freedom Abraham Lincoln and the Republican Party birthed.

Slavery was not a part of the founding principles of our nation. Before the Civil War, there were 19 free states and 15 slave states. At the hands of Republicans, slavery was abolished by the Thirteenth Amendment to the U.S. Constitution and was ratified in 1865.

Notwithstanding that some Founding Fathers owned slaves, the Three-Fifths Clause (1787) is the by-product of abolitionists fighting against slave owners who wanted to have a majority representation in Congress by counting the slaves. Rejecting that approach, the bargain was to count each slave as three-fifths thus holding the South at bay from having majority control in the House. The lie that the slave was not considered human can only be attributed to those who dared traffic in slavery and not to the whole of the nation.

If “reparations” is a check, which is the historic application, there are hard questions for those who support reparations for black Americans:

The Democrats were the ones who enslaved Africans. It was not a national policy. Why should anyone other than the descendants of slave-owning Democrats pay reparations? Is this an invoice best sent to the Democrat National Committee?

Blacks owned slaves too. Black plantation owners like Cecile Richards and Antoine Dubuclet of Louisiana to name a few. Surely, they have descendants too. Why should the descendants of blacks who owned slaves get reparations, or are they excluded?

The “Five Civilized Tribes” owned African slaves. These tribes included the Cherokee, Chickasaw. Choctaw, Creek, and Seminole. The Thirteenth Amendment did not free their slaves, only the Treaties of 1866 did so after the war. How do we handle this hidden history?

White Union soldiers fought to end slavery. Should their descendants be required to pay the price for something they died to abolish?

If elected officials would stop doling out “feel-good” checks and start holding all Americans accountable to accessing the American Dream, the years of debate on reparations would have no place. Opportunity is priceless and is the best form of reparation. Opportunity can start afresh in America with enacting School Choice and ensuring equal access to capital for all Americans. If you want to make a difference, these are better starting points. Call them reparations if you like.

Marc T. Little is the Executive Director of CURE America Action, Inc., a 501 (c)(4), headquartered in Washington, DC, advocating messages of Christianity, Capitalism, and the Constitution across the nation.  Little is a pastor, attorney, and political strategist.