Lindsey Stroud
|
Posted: Aug 23, 2019 12:01 AM
Share   Tweet
The opinions expressed by columnists are their own and do not necessarily represent the views of Townhall.com. 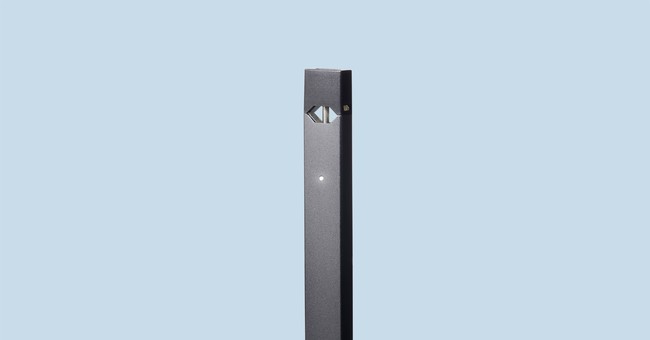 Unless you live under a rock, odds are you’ve seen countless, glaring headlines of American youth being hospitalized “due to vaping.” You probably think Big Tobacco and the youth vaping epidemic go hand in hand. However, you’d be wrong to assume vaping products sold in convenience and vape stores are to blame for this latest case of supposed vaping-related health problems. Rather, it is black market demand for (and major online retailers that are selling) products that allow users to concoct their own, unregulated, vaping mixtures that is the cause of the recent hospitalizations. In other words, many young people are fabricating and then vaping unknown substances. What could possibly go wrong with this scenario?

According to (fake news) CNN, there have been more than120 cases in 15 states involving young people being hospitalized due to lung illnesses believed to be caused by vaping. Yet no one can identify a single product that is the culprit behind this latest health scare.

Unfortunately, for millions of current smokers, this alarmism has devolved into a full blown misinformation campaign. Not one health department has identified a single product—let alone the actual substance—that could be causing these health issues. Wisconsin DHS noted that likely culprits include: “nicotine, [tetrahydrocannabinol] THC, synthetic cannabinoids, or a combination” of these substances.

Of course, the mainstream media has disgracefully failed to report on this accurately. A CBS article published August 13, which detailed the hospitalizations, mentioned JUUL (a prominent e-cigarette manufacturer) 10 times, insinuating JUUL is somehow to blame for the health crisis. The article failed to mention that no JUUL product has been involved in any of the hospitalization cases.

It should be noted that issues with black market vape products have already sent teens to the hospital. I suppose THC products aren’t as sexy as JUUL. In January, three teens in two Indiana schools were hospitalized after smoking “THC vape pens that were laced with an unknown substance, possibly a narcotic.” Also in January, six high school students in New Mexico were hospitalized “after vaping marijuana wax.” In fact, the U.S. Army issued a warning in 2018 on the dangers of vaping synthetic marijuana. This came after more than 90 military personnel had been hospitalized and two died after vaping illicit substances.

Given the onslaught of unnecessary regulations already introduced in 2019, policymakers will likely eat up the fake news and propose policies that will further restrict adult access to electronic cigarette and vaping devices. Ideally, policymakers would address the real vaping products that are sending young adults to hospitals: black market THC products. Unfortunately, this does not seem likely in the near future.

Perhaps legislators should aim their regulatory efforts at products such as Dank Vapes, which reportedly put a Wisconsin man into a coma. One can purchase empty Dank Vape cartridges on Amazon and eBay.  Recently, Inverse found Dank Vapes “may be fake.” It is very easy for people to fill these empty cartridges with almost anything. They then sell these on the black market, which no doubt is the actual cause of most of the recent hospitalizations.

Additionally, Amazon and eBay sell empty vaporizer cartridges, which allow users to inject their own mixture of nicotine, THC, or any other drug under the sun. There are several YouTube videos demonstrating exactly how one can make THC oil for vape cartridges.

This is deeply problematic. Unlike e-cigarette products sold in convenience and mom-and-pop vape shops, these products are totally unregulated and commonly sold on the black market. Moreover, this influx of illegal and unregulated vaping products is being lumped into the same category as legal vaping products, which are regulated as tobacco harm reduction products.

Regulated vaping products have been on the market since 2016. They have helped millions of adults quit smoking cigarettes.

Before lawmakers haphazardly respond to fearmongering reports and further restricting adult access to e-cigarettes, it is imperative they understand the various black-market vaping products. Under no circumstances should these products be confused with JUUL merchandise. They also should not be misconstrued with any other legal, regulated, and taxed products that have helped millions of adult smokers quit smoking. Further, rather than imposing even more draconian regulations on these products, policymakers should divert their attention to the major companies that are allowing this dangerous black market industry to thrive.

Despite the fake news media’s inaccurate reports, legal, regulated vaping products are not the cause of these recent hospitalizations. Hopefully, lawmakers will realize this before they make it more difficult for Americans to purchase a product that has helped millions quit smoking cigarettes.