Lindsay Marie
|
Posted: May 05, 2018 12:01 AM
Share   Tweet
The opinions expressed by columnists are their own and do not necessarily represent the views of Townhall.com. 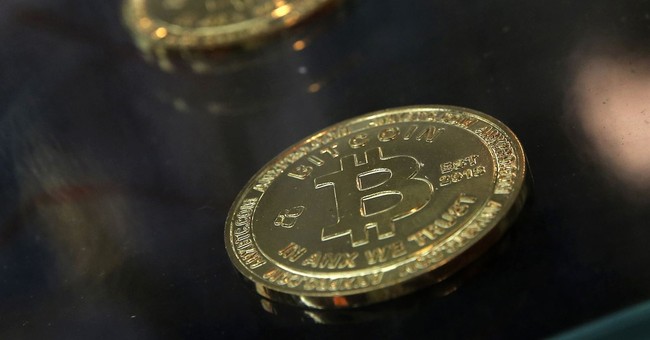 Three days after the Venezuelan National Assembly Finance Commission announced that inflation had reached an annual rate of nearly 9,000%, the one-day volume of person-to-person Bitcoin trading in Venezuela hit a record of over 1 million. This milestone is undoubtedly a sign of the times, as less than one year ago when inflation was at an annual rate of roughly 2,600%, the volume of Bitcoin trading was only at around 1 million a week. Where a fiat currency system, socialist policies, and overregulation have produced hyperinflation, a completely devalued currency, and food shortages, Bitcoin’s free-market principles have provided Venezuelans with sound money and access to desperately needed food, goods, and medicine.

Until recently, Venezuela has been operating on the Bolivar which is a fiat currency, like the U.S. dollar. Fiat currencies are not backed by any type of commodity such as gold or silver, but by mere faith in the issuing government. Since fiat currencies don’t correlate to a finite amount of gold or silver in reserve, that means that issuing governments can print an infinite amount of paper money. For some, that may sound like a security blanket, but in all reality, it’s a death trap. As Bitcoin founder Satoshi Nakamoto understood “The central bank must be trusted not to debase the currency, but the history of fiat currencies is full of breaches of that trust.”

As the government prints more paper money, the money that each citizen or business has loses it’s value. As paper money loses its value, the cost of goods and services begin to cost more, ultimately causing inflation. Given the fact that Venezuela continued to print money like “confetti” as one market commentator remarked, it’s no surprise that the Bolivar lost 99.9% of it’s value in just two years and that the annual rate of inflation is currently at nearly 9,000%.

Unlike fiat currencies like the Bolivar, Bitcoin operates on a gold-like standard. Essentially, the amount of Bitcoins is finite which means that supply and demand is the basis for Bitcoin’s value. As more Bitcoins are in circulation, the value of each coin goes up as there are fewer left to be released. Bitcoin’s standard makes it immune to traditional inflation related to monetary supply often experienced by those utilizing fiat currencies. Ultimately, Bitcoin provides a sound currency to Venezuelans who have seen the value of their hard-earned money diminish to nothing at the hands and printing presses of their government.

Just like the value of their currency, Venezuelans have seen the availability of food and medical supplies diminishdue to the socialist policies and regulations implemented by their government. When President Hugo Chávez came to power in the late 90’s, he decreed that capitalism was an impossible means in which to achieve the goals of the country and implemented what he called “21st century socialism.”Through the program, the government would import goods, pay for them with oil revenues, and sell at subsidized prices to make them affordable to everyone.

When the price of oil tanked in 2014, Venezuela could no longer afford to import and subsidize goods and food for its people which meant they’d have to rely on the local businesses and farmers for their needs. Unfortunately, due to regulations imposed by the Venezuelan government, such as the Fair Price Law which set limits on profits as well as food distribution and consumption, many businesses and farms could not meet the needs of the country nor could they afford to stay in business.

To make the already bad situation worse, individuals and private sector businesses are prohibited from exchanging Venezuelan currency for another currency per government regulation. In most cases, Venezuelans could not order food, goods, or life-saving medications they desperately needed online, as most foreign businesses would not accept their currency. Just four years later, the situation has evolved to what many would consider being a nightmare; hundreds of children are dying from starvation, thousands of children are severely malnourished, and looting has become a means of survival but also death.

Many Venezuelans, including one man named John Villar, consider Bitcoin a “matter of survival.” Aside from the properties that make Bitcoin sound money, one of the major benefits of Bitcoin to Venezuelans is that most governments classify it as a commodity as opposed to currency. The Venezuelan government prohibits currency-to-currency exchanges, but not currency-to-commodity exchanges. Essentially, Bitcoin, categorized as a commodity, provides a solution to the purchasing constraints placed on Venezuelans by the government.

Bitcoin is borderless which allows Venezuelans to break through the governmental barriers keeping them from outside marketplaces. Venezuelans with internet access through a cell phone or computer can purchase Bitcoin with whichever currency they may have. They can then take the Bitcoin and use it to buy food, goods, and lifesaving medicines outside of their borders that they are not able to with Venezuelan currency.

John Villar, the Venezuelan who considers Bitcoin to be a “matter of survival,” has experienced firsthand the quality of life that Bitcoin’s free-market properties can provide, especially in a heavily regulated socialist country. John’s wife is largely wheel-chair bound with multiple sclerosis and requires multiple medications; medications that he had not seen for two years in Venezuela. Given Venezuela’s strict laws prohibiting currency exchange, John would not have been able to convert his money to a currency accepted abroad to buy the medicine. What John was able to do was buy Bitcoin online, purchase the medicine abroad, and have a courier deliver it to Venezuela. Free market principles have allowed John to give his wife a better quality of life than socialist policies and regulation did.

Venezuela is facing an array of problems, but they all have one thing in common; they were caused by government. As Friedrich Hayek believed “If socialists understood economics they wouldn't be socialists.” From the excessive printing of fiat currency to overregulation that bankrupted individuals and businesses, to socialist policies that led to scarcity and starvation, to protectionist policies that prevent the exchange of currency, Venezuela is a cautionary tale of the dangers of big government. However, it is also a tale that shines a light on the fact that free-market solutions such as Bitcoin provide people with opportunity when they find themselves constrained by government. So, what’s the moral of the story? Where government fails the free-market will prevail.