In Crypto We Trust: Bitcoin Proves Strong and Steady Amidst Trade War Fears

Lindsay Marie
|
Posted: Mar 07, 2018 10:00 AM
Share   Tweet
The opinions expressed by columnists are their own and do not necessarily represent the views of Townhall.com. 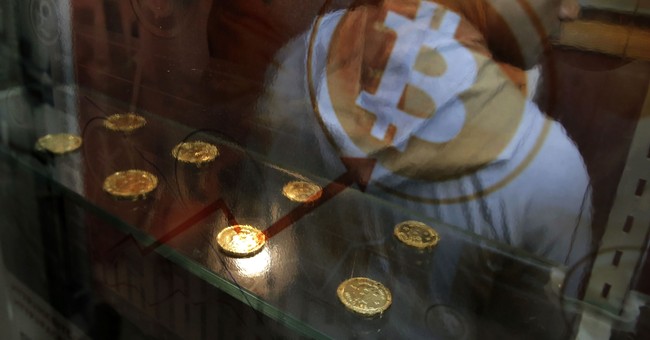 On the heels of last week’s announcement by President Trump that planned to impose a 25 percent tariff on steel and a 10 percent tariff on aluminum, fear of a potential trade war began to grow amongst investors and spread like wildfire on the ticker.  U.S. stocks became wildly volatile, the U.S. dollar’s value continued to decrease, and the price of gold began to drop.  Meanwhile, Bitcoin not only remained stable, but it’s value continued to increase as it has during other turbulent times.  While traditional assets and currencies have long been believed to be reliable and steady, Bitcoin has once again provided fearful investors with superior resiliency and stability.

Although the U.S. isn’t yet in a trade war, the financial consequences that one could bring are enough to turn investors bearish both domestically and abroad.  During a trade war, currencies weaken, and prices rise, which creates an inflationary environment.  Investors are acutely aware of the dangers of both inflation and the spillover effect it has into the stock market; thus, they attempt to mitigate their potential loses by hedging their investments or offsetting the risk of one type of investment by investing in another class. Within hours of President Trump’s announcement, trading activity involving stocks, gold, and Bitcoin indicated that hedging had already begun.

The promise of pending tariffs was enough to end the Standard & Poor 500 Index’s (S&P 500) “remarkably placid” record-setting run from 2017 into January.  In a matter of hours, the S&P 500 went from drifts of just .5 percentage points to swings of 1.5 percentage points that continued for days.  The volatility should come as no surprise as 43% of sales from companies in the S&P 500 came from outside of the United States.  If a trade war does commence, other countries will likely introduce measures that would block customers from those U.S. companies, ultimately reducing sales and lowering their value.  Historically, investors have hedged against that possibility by investing in gold based on the belief that its fixed supply made it immutable to inflation ultimately offering investors value that was stable and resilient.

Gold was anything but resilient, dropping .7% last week following the tariff announcement, making investors question whether gold would fail as a hedge yet again.  Just weeks ago, during the stock market correction, gold and silver shares trended down alongside stocks, dropping 2.6% and 5.3% respectively, ultimately, failing as a hedge for investors who utilized gold to mitigate their potential risk in traditional stocks.  Although gold has been believed to stand tough in the face of inflation and market crashes, it is only true if those conditions arise from specific causes. Gold hedges well against fear or chaos related to a pending recession because the U.S. dollar would have depreciated value, ultimately causing the demand for gold to increase along with its value. However, gold does not hedge well against fears of federal fund rate hikes because federal fund rate hikes, if implemented quickly enough, would increase the value of the U.S. dollar.  Although, in theory, gold may be a good hedge amidst fears of a trade war, it didn’t immediately trend up as Bitcoin did.

While stocks and gold were faltering last week, Bitcoin continued to rise steadily yet again in the face of tempestuous times.  At week’s end, Bitcoin saw gains of 7%, the highest opening and closing prices in weeks, and a steady value of over $11,000 for the first time in weeks.  Confidence during global uncertainty is nothing new for Bitcoin. In fact, Bitcoin’s value increased when North Korean leader Kim Jong-Un was launching missiles over Japan and while China was drafting its own navigation rules for the South China Sea.  Historically and presently Bitcoin has performed as well if not better than investors believed gold would during troubled times.  This performance is in large part because it has a fixed supply, which means it operates on the gold standard of supply and demand.  Unlike the U.S. dollar, which the Federal Reserve continuously prints at will, there is a limit of how many whole Bitcoins can be produced - which is 21,000,000.  Contrary to how the U.S. monetary system operates, every Bitcoin is accounted for at any given moment.  That data resides on a blockchain, which is like a ledger and can be accessed by anyone around the world at any time.  Unlike gold, the number of Bitcoins that will ever exist is static and not subject to any future developments such as a major gold find.  Its certainty makes Bitcoin nearly perfect as a transparent supply and demand model and explains why some financial experts refer to Bitcoin as the “new gold.”

Whether or not a trade war is imminent, after President Trump’s tariff announcement last week, investors have been preparing for the worst and hoping for the best.  The volatile highs and lows of the S&P 500 couldn’t be more indicative of just how confident investors are feeling after the announcement.  Many of them likely saw gold as a potential hedge for the unpredictable stock market, but gold prices didn’t increase last week as many market analysts would have expected.  In fact, gold reacted, in the same manner, a few weeks ago during the stock market correction, leaving some to question its certainty as a hedge if a trade war were actually to break out. While stocks were plummeting and spiking, and gold was dropping, Bitcoin stood firm and steadily increased.  In last week’s tale, it was Bitcoin that was the tortoise, and once again in turbulent times, slow and steady won the race.