No Quick Fix for Prejudices

Linda Chavez
|
Posted: Jul 15, 2016 12:01 AM
Share   Tweet
The opinions expressed by columnists are their own and do not necessarily represent the views of Townhall.com. 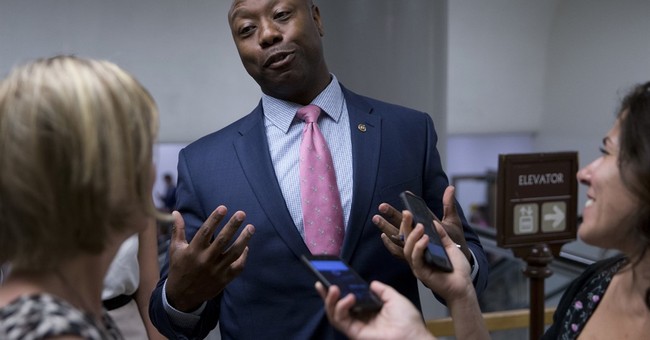 Trending
Americans are increasingly pessimistic about race relations, nearly eight years after many of us hoped we had ushered in a new, post-racial era with the election of the first African-American president. A New York Times poll taken in the wake of the killing of two black men by police in Louisiana and Minnesota and the assassination of five Dallas police officers by a black veteran shows that 69 percent of Americans believe race relations are generally bad, with 60 percent saying they believe race relations are getting worse. But why now, when so many markers of racial equality have improved? And why does America's racial divide continue to be black and white while America's population is no longer primarily black and white?

Blacks made up just 13 percent of the population in 2014, while Hispanics (who may be of any race) made up 17 percent and Asians 6 percent, according to the U.S. Census Bureau. Non-Hispanic whites made up 62 percent of the population in 2014, but that was down significantly over the previous few decades, largely because of the increase in Hispanics and Asians. Yet when we think of race relations, we rarely think about the white/Hispanic divide or the white/Asian divide or even the black/Hispanic or black/Asian divide.

History is partially to blame. No group faced the systemic, state-sponsored discrimination that African-Americans faced -- not to mention their arrival on these shores in chains, not of their own free will. Nonetheless, broad state-sanctioned discrimination is largely a thing of the past, and even overt individual discrimination is infrequent, with plenty of laws aimed at preventing it and a vast federal, state and local bureaucracy to enforce those laws.

But laws alone cannot change hearts. And to ignore that racial prejudice is still very much alive in our society is to dismiss the real pain that many African-Americans endure on a regular basis. Life is different for black Americans, even if they are wealthy and accomplished, yet many whites fail to appreciate how this affects their fellow citizens.

Sen. Tim Scott, R-S.C., recently noted that he has been stopped frequently by police for doing nothing more than driving a late-model car in an affluent neighborhood. Even Capitol Police officers have mistakenly stopped him from entering Senate buildings, despite the pin he wears designating he is a member of Congress, with one officer telling him, "The pin, I know. You, I don't. Show me your ID." What these officers see is a black man in a place they don't expect him to be.

These slights and embarrassing encounters leave a mark, which some victims can more easily dismiss than others. Scott hasn't let them define or enrage him, but he decided to speak out nonetheless in hopes that his fellow conservatives would not just dismiss the anger and hurt experienced by many African-Americans.

It's the beginning of a dialogue that needs to take place. But it has to be a two-way dialogue -- one in which African-Americans must listen, as well. Scott has been the victim of stereotypes, but the most potent stereotypes sometimes embody a grain of truth, which is what makes them so powerful. The uncomfortable grain of truth is that black men commit a disproportionate amount of violent crime -- including about half of homicides, according to the Department of Justice. If we want to understand white attitudes, we cannot ignore this fact and the impact it has on increasing prejudices among whites.

The human mind is quick to generalize, and absent specific information about an individual, humans are likely to draw on group characteristics to make a quick judgment. Too many whites see blacks, especially black men, and think danger. Too many blacks see whites, especially those in authority, and imagine bigots. These perceptions feed off each other and infect even those who don't necessarily embrace them. Until we can fix both parts of this unfortunate equation, racial prejudices are unlikely to disappear.