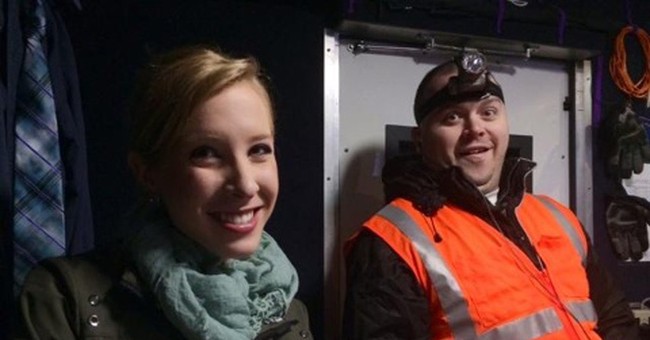 The murder of two journalists near Roanoke, Va., this week is another horrifying chapter in what is becoming a story of rekindled racial animus in this nation. That it took place so close to the anniversary of the Rev. Martin Luther King Jr.'s inspiring "I Have a Dream" speech on August 28 is a reminder that we have retreated from that Promised Land where we would, in King's words, "be able to transform the jangling discords of our nation into a beautiful symphony of brotherhood."

Vester Lee Flanagan II, the man who murdered Alison Parker, a 24-year-old reporter, and her 27-year-old cameraman on live TV and then killed himself, left no doubt about his motives. In a display of sadistic narcissism, Flanagan filmed the killing and then posted it on social media and left a record of racist diatribes. He claimed in a rambling rant faxed to ABC News two hours after the shooting, "What sent me over the top was the church shooting," in Charleston, S.C., in June, in which a white racist massacred nine African-Americans. Flanagan purchased a gun two days later and began planning his revenge, including, according to his tirade, carving the initials of the dead blacks into the bullets intended for his white victims. An eye for an eye.

The killings in Charleston shocked the nation. How could it be, we asked ourselves, that racism can still wreak such carnage when we have come so far in achieving an end to the pervasive discrimination and racial hatred that once infected so much of the nation? The deaths of these innocent black men and women in a church meeting hall in 2015 consumed the media, pushed the South Carolina legislature to vote overwhelmingly to remove the Confederate battle flag from the Capitol grounds, and sparked much soul-searching among the American people.

It is doubtful that the racial motivation in Flanagan's evil deeds will provoke a similar response. There is no national black leader today of the same stature and moral fortitude to warn as King did in 1963: "In the process of gaining our rightful place, we must not be guilty of wrongful deeds. Let us not seek to satisfy our thirst for freedom by drinking from the cup of bitterness and hatred."

When Dylann Roof gunned down parishioners at the Emanuel African Methodist Episcopal Church, he did so, he later told police, in the hopes of igniting a race war. That grandiose and disgusting fantasy will not likely play out, but all murders and other attacks fueled by racial hatred should nonetheless worry us, whether white-on-black or black-on-white or any other combination of inter-ethnic violence thus motivated.

We are used to hearing of the dangers of white racism, and unfortunately, we receive reminders all too frequently that it still exists, even if less widespread and less common than in the past. I am not one who believes we should diminish our focus just because things are better now than they once were. That we have anyone who seeks to harm others because of the color of their skin is a matter of shame and concern. These acts deserve attention, and we should not shrug them off. But neither should we ignore the implications when members of racial or ethnic groups commit similar racist acts.

Racism -- no matter the color of the perpetrator -- is vile. We have come a very long way in ending formal racial, ethnic and sex discrimination, but it seems we have a way to go in achieving King's dream: "that day when all of God's children, black men and white men, Jews and Gentiles, Protestants and Catholics, will be able to join hands and sing in the words of the old Negro spiritual, "Free at last! Free at last! Thank God Almighty, we are free at last!"

King spoke those words to all Americans. They were intended not just for civil rights activists, but also for the followers of Elijah Muhammad and Malcolm X, his black contemporaries who eschewed nonviolence in favor of fomenting racial hatred, as well as supporters of white racists like Bull Connor and George Wallace. Where is the voice in today's African-American community who will proclaim the message that All Lives Matter and none should be cut short as a matter of racial animus or revenge?