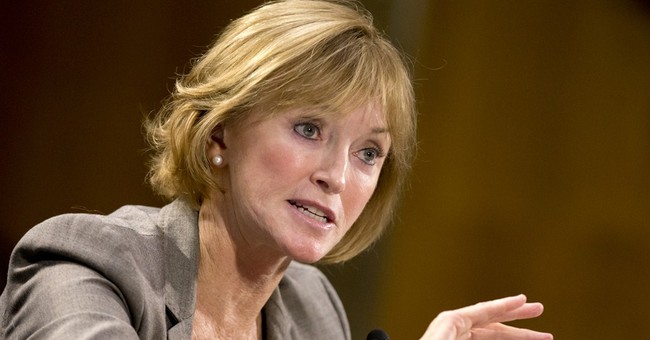 Trending
Next week I'm scheduled for a cervical spinal fusion that costs upward of $100,000, but I won't be paying for it. Like 50 million other Medicare recipients, I will receive the medical care I need more or less free of charge thanks to Medicare. It's something most seniors take for granted -- a benefit we believe we're entitled to because, after all, we paid Medicare taxes all our working lives. But as it happens, those taxes aren't nearly enough to pay for the benefits we receive from the system -- at least for most of us. Despite the fact that I still work and pay hefty Medicare taxes, I am likely to become one of those people who becomes a drain on the system if I live long enough (my mother died at 90, my grandmother at 95).

Medicare is fast becoming unsustainable, especially as baby boomers like me enter the system. We may be living longer and healthier lives, but it's costing taxpayers more than we can afford unless something changes. Debate in Washington has centered on fixes that are likely to be painful: lower benefits and restrict procedures; raise the age of eligibility; or substantially increase taxes to pay for the system. But a new idea emerged this week from a study that shows that one demographic group in our population actually takes less out than they contribute: immigrants. Allow more people to immigrate here, and we keep Medicare solvent longer.

The study, "Staying Covered: How Immigrants Prolonged the Solvency of One of Medicare's Key Trust Funds and Subsidized Care for U.S. Seniors," demonstrates how it might work. Prepared for the Partnership for a New American Economy by Dr. Leah Zallman, an instructor at Harvard Medical School, the study shows that immigrants contribute billions more in Medicare taxes than they take out of the system.

Zallman looked at data from the Current Population Survey and the Medical Expenditures Panel Survey for the years 1996-2011. She found that in that period, immigrants contributed $182.4 billion more to Medicare's Hospital Insurance Trust Fund than they used in benefits. In 11 of the 16 years examined, immigrants contributed $10 billion more each of those years than they took out.

The reasons are largely demographic: Immigrants are younger and more likely to be of working age than the native-born population, and some older immigrants don't satisfy the requirements to participate in Medicare. In order to draw benefits, recipients must have worked and paid Medicare taxes for 40 quarters. As for illegal immigrants -- many of whom, contrary to popular myth, pay taxes, including Medicare -- they likely will not ever be able to draw benefits because they have used false Social Security numbers.

But even those immigrants who receive Medicare apparently use fewer benefits than the native-born, according to Zallman's analysis. Medicare's Supplementary Medical Insurance Trust Fund pays for doctor's visits, lab tests and preventive care for Medicare patients, and when the SMI doesn't have sufficient funds, Congress must appropriate additional money to fully fund benefits. According to her calculations, immigrants took an average of $776 in 2011 from the SMI trust fund, and non-citizen immigrants took even less, around $330, while the U.S.-born took $951. In only one area did immigrant spending exceed that of the native-born: Home health-care agencies received more for immigrants' care than for the U.S.-born.

It's hard to know precisely why immigrants use fewer health services. Some studies suggest that immigrants are less likely to engage in unhealthy habits like smoking, drinking and using illegal drugs, and their longevity rates reflect healthier lifestyles. But whatever the reason, it's clear that immigrants improve the health profile of the population. And now, it turns out, they are helping pay the freight for the rest of us, as well.

So next week when I check out of the hospital, in addition to thanking my doctors (both immigrants, by the way), I'll thank those millions of immigrants whose excess contributions helped pay for my stay. If we want to solve the looming Medicare crisis, maybe inviting more immigrants here should be part of the solution.