For-Profit Schools Not the Problem 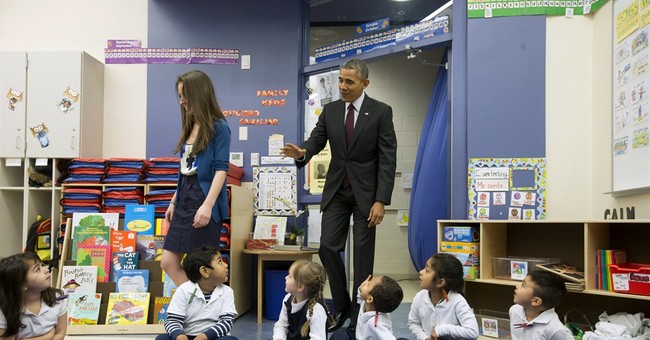 Give the Obama administration credit for consistency if nothing else when it comes to targeting the for-profit education sector. In March, the Department of Education proposed new rules (whose public comment period ends May 27) that may put some for-profit schools out of business for no good reason. A federal judge struck down similar rules in 2012, but that didn't stop the department from trying again. The question is: Why?

Not everyone benefits from being born to wealthy parents who can afford to pay for college. Increasingly, middle-income students must borrow if they want to further their education after high school. And the problems are even more severe for nontraditional students who are older, poorer and often the first in their family to receive post-secondary education. Those in the latter group seek opportunity in the for-profit education sector because it meets their needs better than traditional universities or colleges. But they may soon find this avenue blocked, as well.

At issue are rules that seek to impose a "gainful employment" requirement on for-profit schools and non-degree programs in community colleges. The rule is more than 70 pages long, but the essence is that these institutions would be prohibited from participating in federally guaranteed loan programs if their graduates fail to meet the arbitrary criteria the department has developed for payback on the loans.

Once the rule goes into effect in 2015, the average loan payment of graduates of these institutions won't be able to exceed 8 percent of their individual income or 20 percent of their discretionary income. The idea behind the rule supposedly is not to burden graduates with mountains of debt they can never repay. But the percentages are arbitrary and don't take into account that the graduates themselves are in a better position to know how much they can afford to repay than some government bureaucrat is.

Driving this rule is a belief by Secretary of Education Arne Duncan and others in the Obama administration that for-profit schools are a rip-off. When he announced the new rules, Duncan alleged that nearly three-quarters of those who attend for-profit programs earn less than the average high school dropout. But even The Washington Post took issue with Duncan's claim. The Post pointed out in its Fact Checker column that the data the feds used was "bogus."

Academic studies comparing before and after earnings of graduates of for-profit schools show modest increases in pay after completion of training. Will the graduate who earns a technical degree from a for-profit school make as much as a graduate of a four-year public or private college? Not likely -- but to say, as the education secretary has repeatedly, that they will make less than someone who drops out of high school is dishonest and suggests an agenda other than protecting future students of such institutions.

For-profit schools serve an important niche in our post-secondary education system. Despite President Obama's oft-stated goal of making college accessible for all young people, attending a four-year institution does not make sense for everyone. The students most likely to pick a for-profit program tend to be older, and many of them are already parents and are either working at low-skilled jobs or out of work. They want skills that will help them find jobs, but they can't necessarily afford to pay out of pocket or to attend programs full time. Without loans, they cannot get the training they need.

No doubt there are unscrupulous players in the for-profit sector who offer more than they can deliver. But, as in the rest of the for-profit economy, companies that don't deliver what they claim run out of customers fast.

The default rate on student loans is notoriously high -- but it is actually higher among former students of community colleges, 15 percent, than among those who attended for-profit programs, 13.6 percent. Both groups have high default rates because they include disproportionate numbers of relatively low-paid workers stuck in an economy that is no longer producing enough jobs. The administration hasn't served this population well to date, and its proposed rules will simply penalize them further.