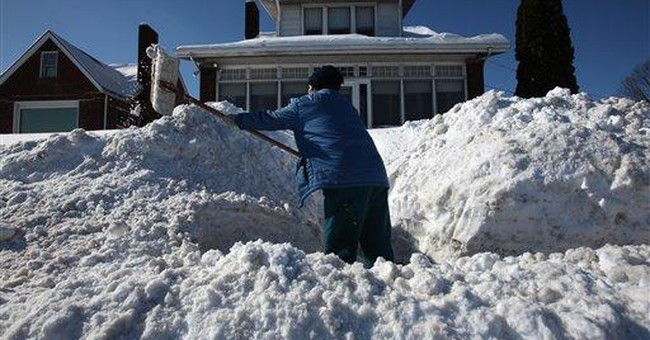 I'm the kind of person who always has candles, extra matches and batteries on hand, as well as canned goods in the pantry, in case of an emergency. But I was far from prepared for the Mid-Atlantic Blizzard of 2010. We lost power for almost five days -- which is bad enough if you live in a city, but if you're out in the middle of nowhere, as we are, it can be life-threatening.

Rural folks are usually better prepared than city people, but for those of us who are transplants, it's a challenge. With 35 inches or more of snow on the ground and an 89-year-old mother, a 20-year-old parrot, two dogs and a husband to try to keep warm and fed, I'm worn out. But I learned a few lessons along the way, and maybe next time, I'll be better prepared.

First lesson: Buy a generator. When electricity goes out, so does heat and well water, which requires a pump to get to your house. If you hook up a portable generator to run your furnace and pump, you'll be a lot more comfortable when the power fails.

Second lesson: Next time a guy comes to your door offering to sell you a cord of wood, take him up on it. Those Presto logs they sell at the store work OK to create a romantic mood, but they don't throw off much heat. And a box of them lasts for about a day if you're burning them 'round the clock.

Third lesson: Don't give away old books; they burn better than artificial logs. I was glad I had a few left-wing tomes to throw in the fireplace, along with my collection of reports from the Center for Immigration Studies. I'm not sure which threw off more hot air, but they kept us warm for a few hours.

Fourth lesson: You can heat your house with snow. Since I have a propane stovetop (though, unfortunately not oven) I was able to boil enough snow to keep a small portion of the house warm with steam, that is if you consider 50 degrees warm. You can also use the boiled snow for drinking and cooking. I made a pretty tasty pot of black-eyed peas and a mean chicken and wild rice soup with snow, though we had to be careful to avoid the twigs that found their way into the mix.

Fifth lesson: Don't count on the government to rescue you. After several days of no heat or water and food getting low, the Virginia Department of Transportation did manage to plow our country road to within two-tenths of a mile from our house; though, in the process, they blocked all access to our drive with a 6-foot mountain of snow. Thankfully, we were able to hire a private operator to dig us out with a Bobcat.

Sixth lesson: If you're finally able to get out, stay there. Once the Bobcat cleared our drive, we were able to pack up and leave in our four-wheel drive truck. We took mom to a hotel and the parrot to our son's house. But when the power company notified us that the electricity was back on, my husband and I headed home with the dogs. Bad idea.

Now, snow is falling again, the wind is howling at 50 miles per hour, the house still isn't warm, and who knows how long the power will stay on. But we'll tough it out. We bought more logs, filled up every pot in the house with water and stacked more books near the fireplace -- giving all new meaning to the phrase "burn after reading." I'm actually looking forward to the challenge now that the most vulnerable members of the household are safe and warm. But as soon as the snow melts, I'm headed to Home Depot to buy the biggest generator they sell.

Canadian Pastor Dragged Off by SWAT Team Out on Bail Has a Warning for Americans
Townhall
CDC director: 'We now have science that has really just evolved'
Twitchy
Megyn Kelly's 9-Word Beatdown of Maddow's 'Maskless People' Meltdown Is Beautiful
Redstate
Diner Owner Sublimely Turns Tables on Snitches to COVID Hotline – 'We Deserve to Know Who We Can Trust'
PJ Media