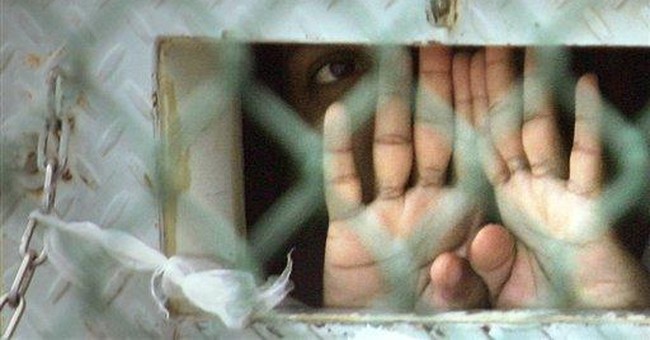 President Obama is learning it is a lot easier to reverse unpopular positions of his predecessor than it is to come up with better ones of his own. On Thursday, he signed executive orders aimed at shutting down the prison at Guantanamo Bay, which houses some of the most dangerous terrorists in the world. His orders also restricted interrogation methods that can be used by the CIA to elicit information from suspects and eliminated secret overseas detention facilities run by the CIA. Earlier, he suspended military commission hearings that were established to hear cases against those held at Guantanamo, including Khalid Sheik Mohammed, the mastermind of the 9/11 attacks.

It's no joke. The philosophical shift between treating accused terrorists captured on foreign soil as enemy combatants or simply heinous criminals is an important distinction. The Clinton administration dealt with those responsible for the first attack on the World Trade Center in 1993 as the latter. (In fairness, no one knew at the time that the perpetrators were involved in more than a criminal conspiracy.) But Mohammed Atta and his 18 fellow soldiers made sure we understood on Sept. 11, 2001, that their attacks were acts of war against the United States.

It is tempting to believe that the worst is over -- that we won't be hit again, maybe even harder than we were just eight years ago. Some Democrats are sure that nothing George W. Bush did made us safer, and many of them would argue Bush sacrificed important constitutional guarantees without gaining any measure of security. But I think it is highly implausible that pure luck has protected us. Waterboarding may be nasty business, but if the technique indeed forced KSM to reveal details in 2003 of planned attacks and thus saved lives -- as Bush officials have asserted -- is it responsible to say that there are no circumstances, ever, in which it might be used again? And would the Obama administration go further, as Attorney General nominee Eric Holder hinted in his confirmation hearings, and seek to prosecute those who ordered or carried out waterboarding?

So what will the Obama administration do with KSM and the others at Guantanamo? If the military commission established to try these men will no longer do so, will they be turned over to criminal courts in the U.S.? If so, it is likely that many would be acquitted on the basis of "tainted evidence" and lack of due process alone. Then what? Do we put them on airplanes and ship them home? Or will human rights groups protest that countries like Saudi Arabia or Egypt might torture these men so we must not send them there? Spanish Prime Minister Jose Zapatero has offered his support and help in closing Guantanamo to President Obama, but is he willing to take any of those prisoners deemed too dangerous to release and put them in Spanish jails?

In his inaugural address, President Obama promised "for those who seek to advance their aims by inducing terror and slaughtering innocents, we say to you now that our spirit is stronger and cannot be broken; you cannot outlast us, and we will defeat you." But actions speak louder than words. We'll see if he means it. As President Obama no doubt has figured out, closing Guantanamo while preserving national security will take more than a stroke of the pen. He risks alienating the leftwing base of his party if the barbed wire doesn't come down immediately. But the stakes are much higher if he lets terrorists loose on the world.