Only Ourselves to Blame 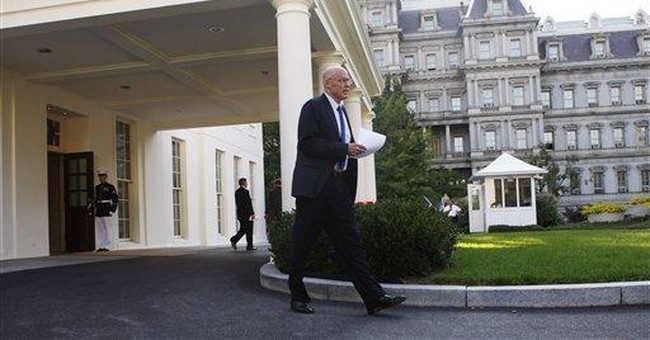 No one wants to talk about who is most to blame for the financial crisis that now threatens the U.S. economy, though there is plenty of blame to go around. It is far easier to blame other people -- greedy Wall Street executives, predatory lenders, President Bush, federal regulators, members of Congress --than it is to look at ourselves.

For too long, Americans have been living on borrowed money they could never pay back. We've bought houses we couldn't afford and taken out loans on home equity that didn't materialize, assuming housing values would continually move upward. We've paid for every new gadget Madison Avenue hawked with credit cards whose principal we never paid down. We sent our children to college on loans, saddling them with debts that crush their futures. And all the while, we've kidded ourselves into believing the bill wouldn't come due. Now it has -- and all of us, responsible and irresponsible alike, will foot the cost.

But you will never hear this explanation from politicians who are scrambling to resolve the credit crisis. It is far easier to talk about the evil of CEO "golden parachutes" or the dangers of mortgage-backed securities and sub-prime loans. Don't get me wrong. It is obscene that executives who mismanaged their companies leave with millions of dollars in ill-gotten gains while shareholders see their investments plummet and employees lose their jobs. But until we recognize the culpability for the giant Ponzi scheme that was the housing bubble goes beyond Wall Street to Main Street, we won't really fix the problem.

The average American now owes more than $16,635 in consumer debt, excluding mortgages, according to U.S. News. A 2004 Federal Reserve Board survey found that a majority of credit card holders, 58 percent, do not pay their card balances every month. Nearly 10 percent of households owe balances of $9,000 or more on their credit cards. And young Americans are especially dependent on credit cards to finance their lifestyles. Some 76 percent of undergraduate college students have credit cards, and the average undergrad has $2,200 in credit card debt, and overall will amass nearly $20,000 in student debt during their college years, according to a 2004 study by Nellie Mae.

We've simply become accustomed to buying what we want, when we want it, regardless of whether or not we can really afford it. Consumerism has been driving our economy for years. And politicians have encouraged it, including President Bush, who told us all to go shopping to bring us out of recession after the terrorist attacks on Sept. 11, 2001. Again this year, politicians urged us to spend the tax rebates that Congress passed as part of the stimulus package. I can't recall a single political leader that suggested we should pay down our debts with those rebate checks.

As a result, our individual debt continues to grow and our savings to shrink. The Bureau of Economic Analysis reports that for August 2008, the personal savings rate as a percentage of disposable income was 1 percent, but that "saving from current income may be near zero or negative when outlays are financed by borrowing (including borrowing financed through credit cards or home equity loans), by selling investments or other assets, or by using savings from previous periods." Baby boomers have little prospect of retiring on their savings, especially given the current declines in the stock market.

We have become a nation of debtors, and our only solution seems to be to turn to the government to bail us out. And it's not just Wall Street firms looking to be rescued. Politicians are fearful of passing a financial package that does not include some relief for borrowers as well. Certainly it is worth doing something to prevent lenders from making bad loans to individuals without the credit or down payment to ensure likely repayment. But automatically bailing out borrowers who weren't credit worthy in the first place is no solution.

Ultimately, all of us have got to rid ourselves of the addiction to spending money we don't have. Instead of pointing fingers, we'd better start looking in the mirror if we want to understand who's really to blame.